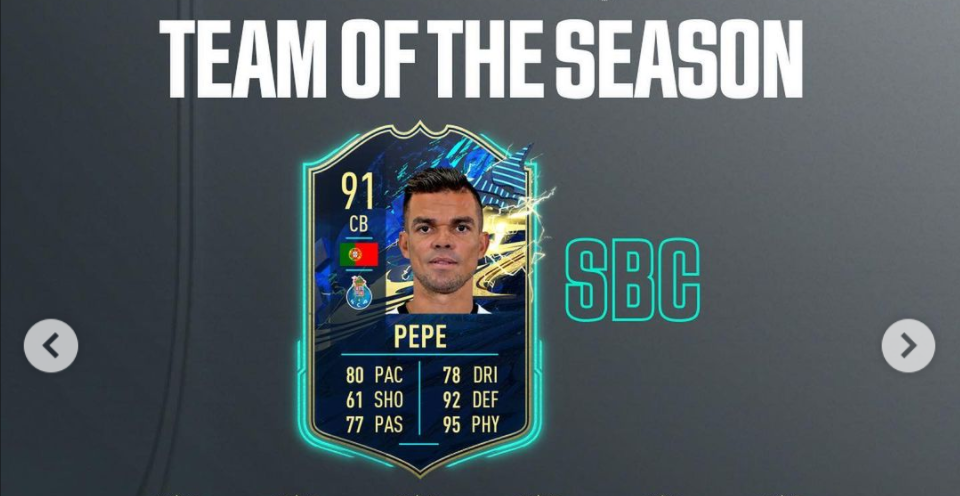 This is Pepe’s first special card. He’s part of the Bundesliga TOTS promotion and will be available until May 21. Team of the Season celebrates the best players who had a major impact on their respective clubs in the different leagues across Europe.

He has generally good skills, but nothing special. Pepe also has two-star skill moves and a three-star weak foot. His highest stats are his 95-rated Physical, 92-rated Defending, and his 80-rated Pace, which can be further increased. By applying the shadow chemistry style, you’ll boost his Physical (+10) and Defending (+6), maximizing his Marking, Standing, and Sliding Tackle stats.

If you want to complete the TOTS Pepe SBC, you’ll have to turn in just an 84-rated squad with 75 chemistry minimum, one Inform or TOTS Moments card, and at least one player from Portugal.

Here’s the cheapest solution to complete TOTS Pepe right now, according to FUTBIN, a website that specializes in FIFA content.