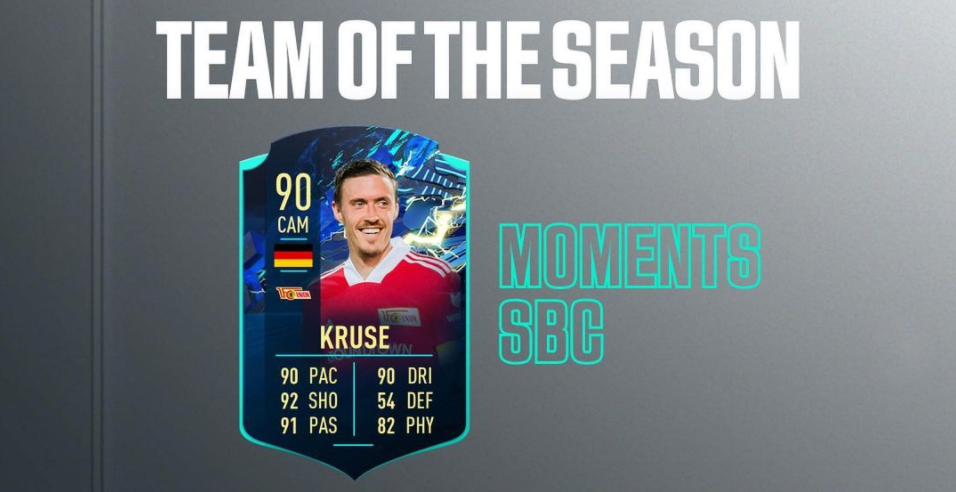 This is Kruse’s second special card. He’s part of the Bundesliga TOTS promotion. TOTS highlights the best players who had a major impact on their respective clubs in the different European leagues. Player Moments cards are used to celebrate a special match or season that a specific player had in the past. EA created this Player Moments card to commemorate Kruse’s powerful outside-the-box strike against Frankfurt.

This card is great. He has good stats and four-star skill moves and weak foot. If you apply the engine chemistry style, you’ll increase his Passing (+6), Pace (+5), and Dribbling (+5), which will maximize many of his stats, such as his Vision, Crossing, and Dribbling.

Here’s the cheapest solution to complete TOTS Max Kruse right now, according to FUTBIN, a website that specializes in FIFA content.