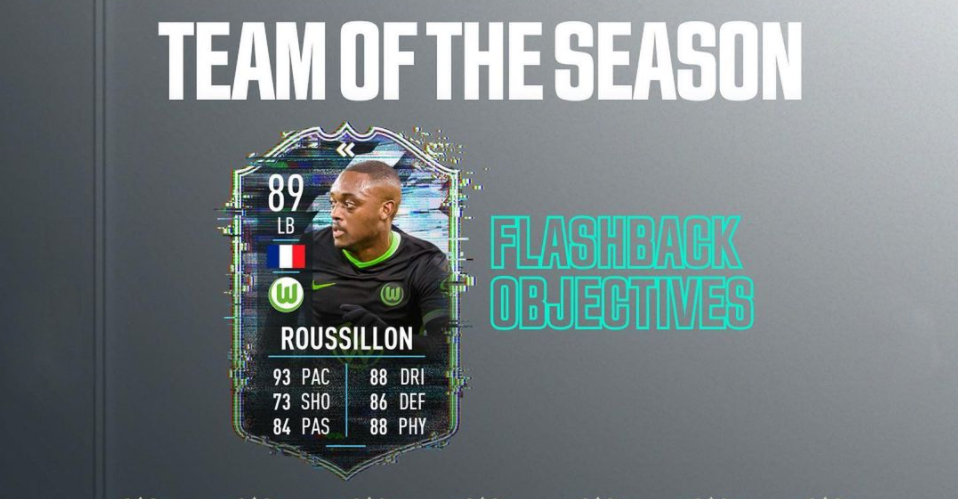 This is Roussillon’s first special card. He’s part of the Bundesliga TOTS promotion. TOTS highlights the top players who had a major impact on their respective clubs in the different European leagues.

This is a great card in general. It already has good stats, but you can apply the anchor chemistry style to further elevate his Physical (+6) to 94, Defending (+6) to 92, and Pace (+5) to 98. Roussillon also has three-star skill moves and a four-star weak foot.

TOTS Flashback Roussillon’s objectives will expire on May 21. That’s plenty of time to complete his five objectives and you only need to win matches for one of the tasks. Every objective has to be completed in the Live FUT Friendly: Bundesliga Best.

Here are all of the objectives you have to complete to earn TOTS Flashback Jérôme Roussillon.