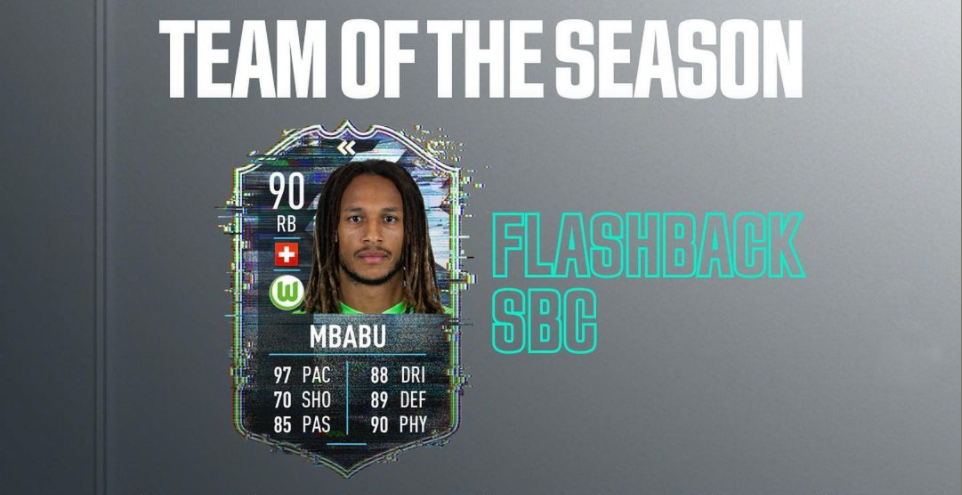 This is Mbabu’s first special card. EA added this Flashback version to celebrate his inclusion in FUT 19 TOTS. He’s also a part of this year’s Bundesliga TOTS promotion and will be available until May 21.

This SBC costs around 334,050 FUT coins on PS4, 340,550 on Xbox One, and 399,850 on PC. This card is a bit overpriced, but it has great quality regarding his skills. He can also make strong links with other incredible players, like 90-rated TOTS Lacroix, 89-rated TOTS Roussillon, and 88-rated TOTS Baku.

Here’s the cheapest solution to complete TOTS Kevin Mbabu right now, according to FUTBIN, a website that specializes in FIFA content.