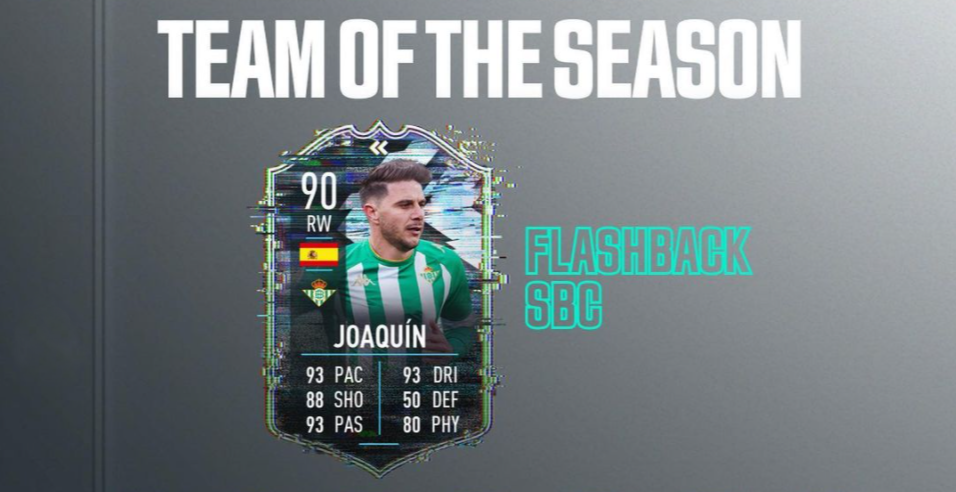 This is Joaquín’s first special card. EA added this Flashback version to celebrate his prolific 2004-2005 LaLiga season with Betis. He’s also a part of the LaLiga TOTS promotion and will be available until May 15.

This card is amazing. He has high stats, five-star skill moves, and a three-star weak foot. If you apply the finisher chemistry style, you’ll increase his Shooting (+8) and Dribbling (+3), which will almost maximize his Dribbling.

This SBC costs around 202,250 FUT coins on PS4, 210,000 on Xbox One, and 246,800 on PC. This card is fairly priced when you look at his great stats. But he can also make strong links with other incredible Spanish players, like 96-rated TOTY Ramos, 93-rated TOTS Alba, and legends such as Xavi, Puyol, and Raúl.

Here’s the cheapest solution to complete TOTS Joaquín Rodríguez right now, according to FUTBIN, a website that specializes in FIFA content.