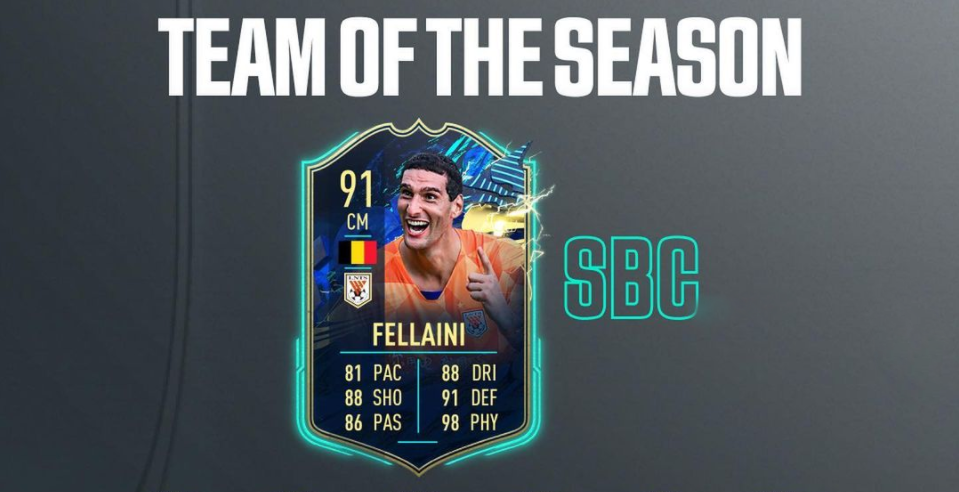 EA Sports added a 91-rated Team of the Season (TOTS) version of Marouane Fellaini from Shandong Luneng to FIFA 21 today. This item is available through the squad-building challenge (SBC) menu in FIFA 21 Ultimate Team.

This is Fellaini’s first special card in FIFA 21 Ultimate Team. He’s part of the CSL TOTS promotion and will be available until May 28. Team of the Season highlights the best players who had a large impact on their respective clubs in the different European leagues.

This card is amazing because of his stats and his four-star weak foot and skill moves. If you apply the shadow chemistry style, you’ll increase his Pace (+10) and Defending (+6), which will maximize his Standing and Sliding Tacke.

If you’re interested in completing this SBC, you’ll have to turn in just one 84-rated squad with 60 chemistry minimum, one Inform or TOTS Moments card, and at least one player from Belgium.

Here’s the cheapest solution to complete TOTS Marouane Fellaini SBC right now, according to FUTBIN, a website that specializes in FIFA content: