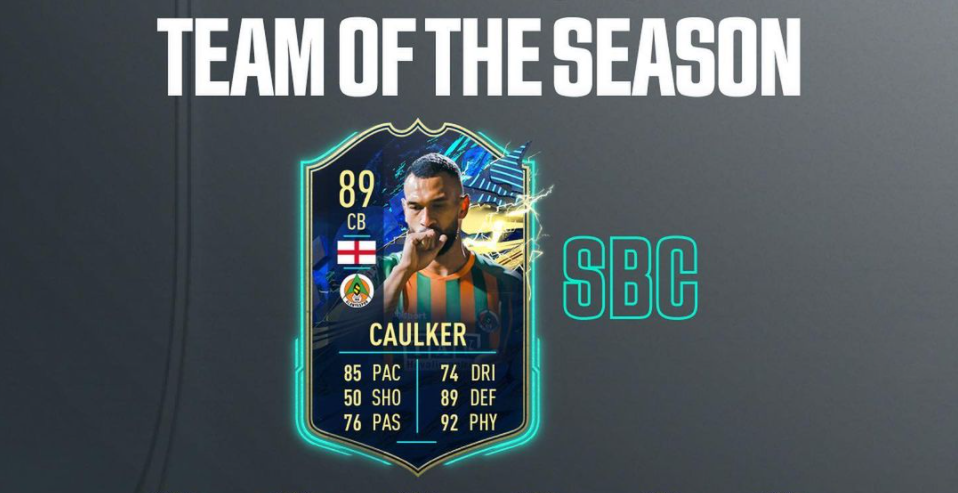 This is Caulker’s first special card. He’s part of the Turkish Süper Lig TOTS promotion and will be available until May 14. Team of the Season celebrates and highlights the best players who had a large impact on their respective clubs in the different leagues across Europe.

Save at Dot Esports Deals

This card is great. His strong points are his 92-rated Physical and 89-rated Defending. He only has two-star skill moves and weak foot, though. If you apply the shadow chemistry style, you’ll increase his Pace (+9) and Defending (+8), which will maximize his Sprint Speed and Sliding Tackle.

Here’s the cheapest solution to complete TOTS Steven Caulker right now, according to FUTBIN, a website that specializes in FIFA content.