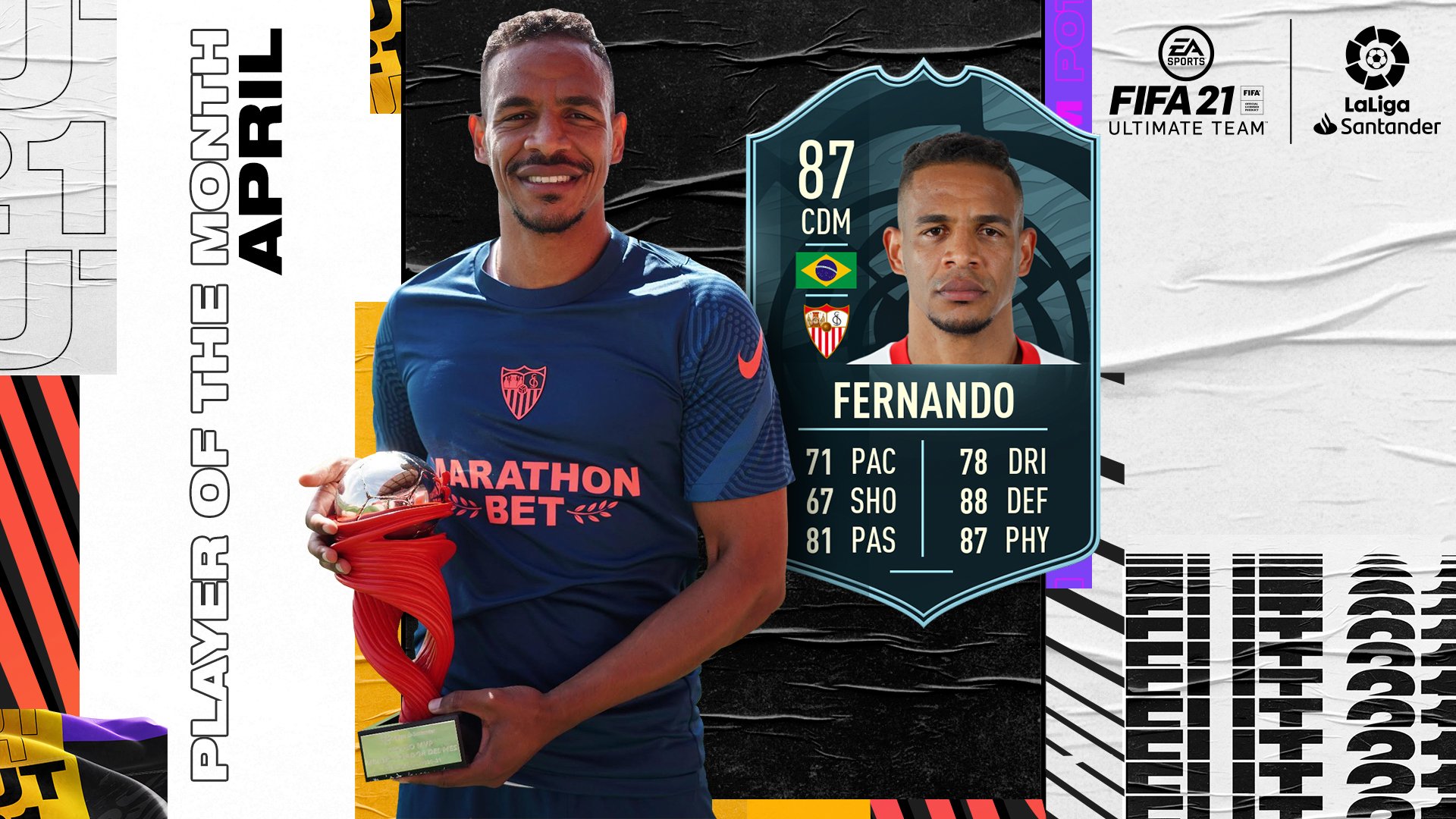 EA Sports added an 87-rated Player of the Month (POTM) version of Fernando Reges from Sevilla to FIFA 21 today. This item is available through the squad-building challenge (SBC) menu in FIFA 21 Ultimate Team.

This is Fernando’s second special card in FIFA 21 Ultimate Team. He received this LaLiga POTM version today for his performance throughout April.

His stats are a little low for a POTM card, but that will lower his price and make it more accessible. He has a three-star weak foot and skills moves. If you apply the shadow chemistry style, you’ll increase his Pace (+10) and Defending (+8), which will maximize his Standing and Sliding Tackle.

This SBC costs around 65,450 FUT coins on PS4, 66,750 on Xbox One, and 75,050 on PC. The price is fair for his general stats. He isn’t a meta card but can still make strong links with incredible players, such as 91-rated Casemiro and 90-rated What If Gomez, as well as legendary Brazilian players like Pelé, Ronaldinho, and Garrincha.

If you want to complete POTM Fernando SBC, you’ll have to turn in two squads: Sevilla FC and La Liga. You have until June 3 to complete these squads.

Here’s the cheapest solution to complete POTM Fernando Reges SBC right now, according to FUTBIN, a website that specializes in FIFA content: