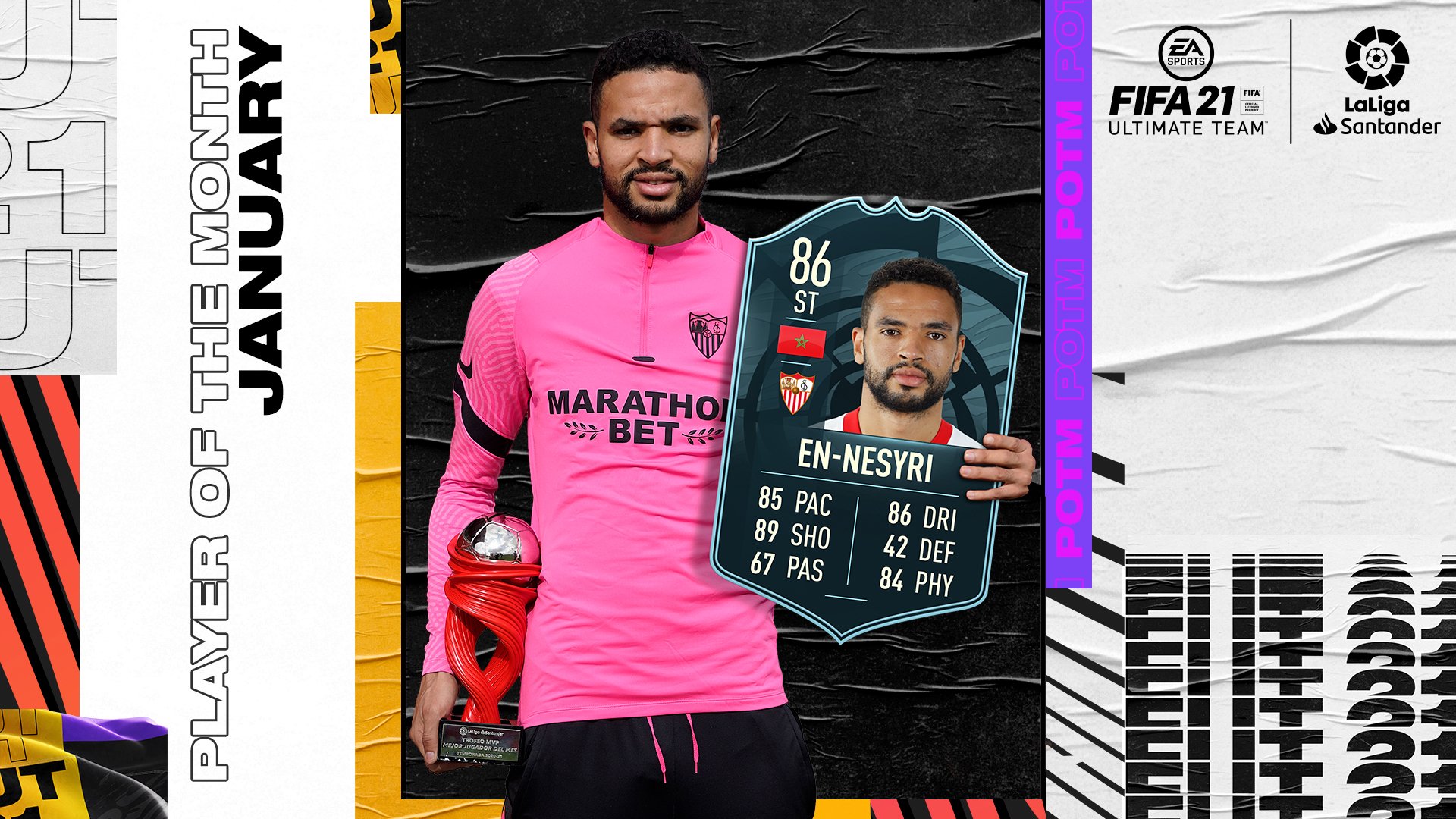 EA Sports added an 86-rated Player of the Month (POTM) version of Youssef En-Nesyri from Sevilla to FIFA 21 today. This item is available through the squad-building challenge (SBC) menu in FIFA 21 Ultimate Team.

En-Nesyri already has an Inform from last year and received this POTM LaLiga version today for his seven goals in six matches during January. This SBC will expire on March 5.

EA has greatly increased all of En-Nesyri’s skills, including Passing (+13), Shooting (+12), Dribbling (+10), Pace (+9), Physical (+8) when you compare this new card to his 78-rated gold version. En-Nesyri deserved this card, but when it comes to his stats, there’s nothing too special about them.

If you want to complete POTM En-Nesyri SBC, you’ll have to turn in just one that requires an 83-rated squad with 80 chemistry minimum and at least one player from Sevilla.

Here’s the cheapest solution to complete POTM En-Nesyri SBC right now, according to FUTBIN, a website that specializes in FIFA content: