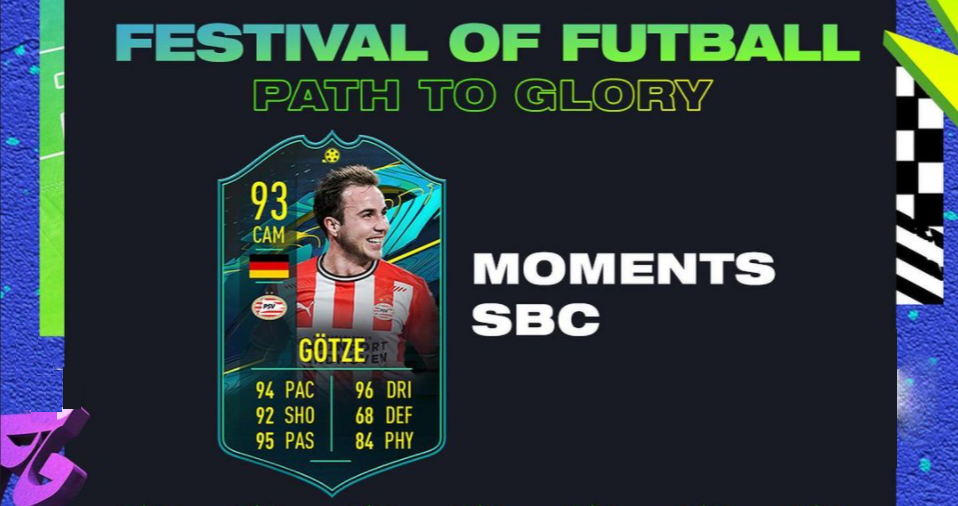 This is Götze’s first special card in the FIFA 21 Ultimate Team cycle. EA gave him this card to celebrate his extra-time goal for Germany against Argentina in 2014. This SBC will be available until Friday, June 18, so you’ll have a week to craft cards if you don’t want to build them completely from scratch.

EA greatly upgraded Götze’s Pace (+25), while still increasing his Shooting (+17), Physical (+15), Defending (+13), Dribbling (+12), and Passing (+12) when you compare this Player Moments card to his 81-rated gold version. You can apply the hawk chemistry style to further boost his Pace, Shooting, and Physical to maximize most of his Shooting stats and his Acceleration.

The Player Moments Götze SBC costs around 186,600 FUT coins on PlayStation, 191,800 on Xbox, and is a bit more expensive on PC (243,800 FUT coins), which is a fair price if you consider his stats and potential to make strong links with incredible players such as 90-rated TOTS Malen and 87-rated TOTS Max.

If you want to complete the Player Moments Götze SBC, you’ll have to turn in two different squads: Top Form and Germany. The first team must be 83-rated with 80 chemistry minimum and include an Inform or Team of the Season (TOTS) card. The second solution requires an 86-rated squad with 70 chemistry minimum and at least one player from Germany.

Here’s the cheapest solution to complete the Player Moments Mario Götze SBC right now, according to FUTBIN, a website specialized in FIFA content.