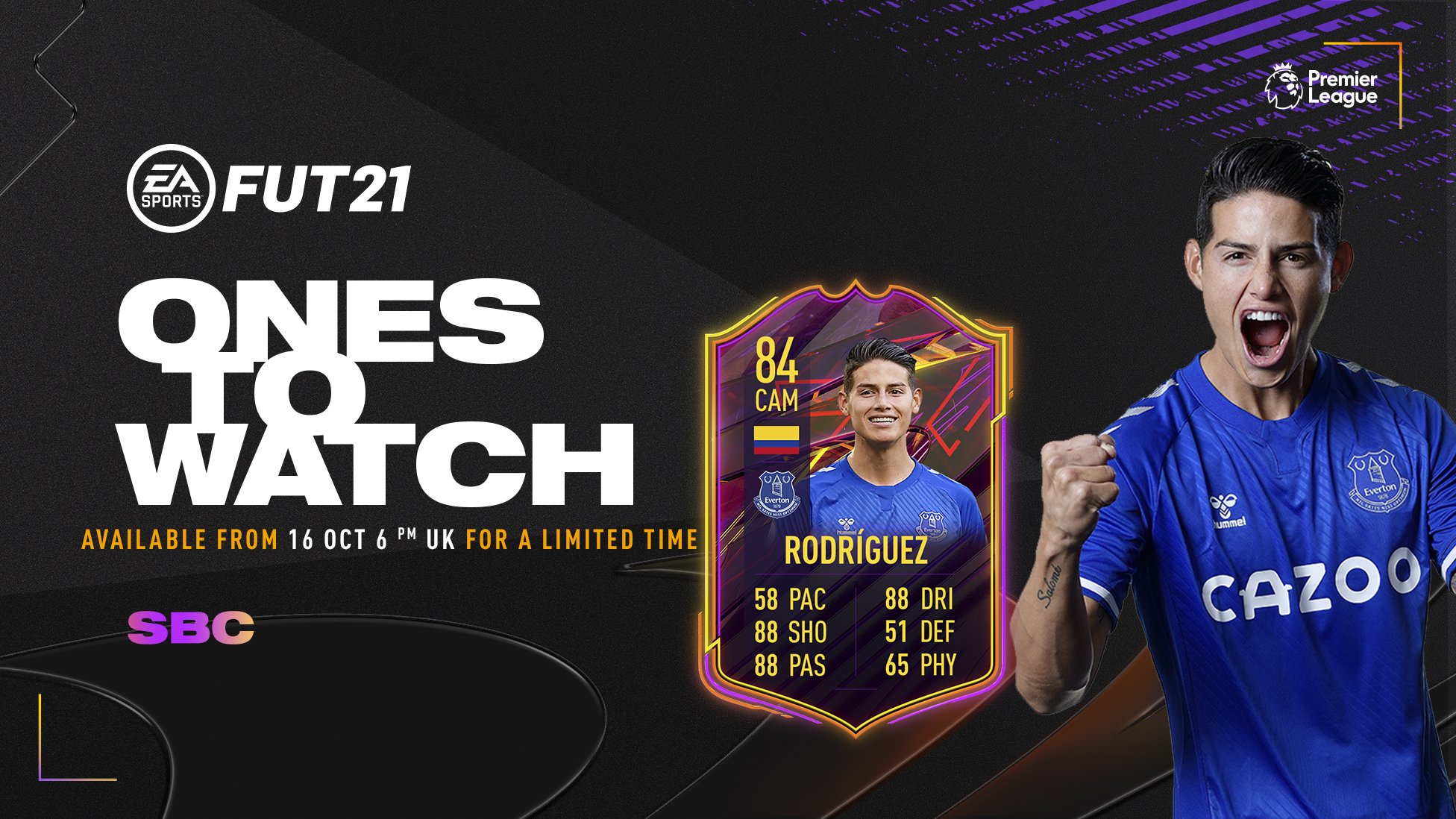 EA Sports added an 84-rated Ones to Watch (OTW) version of James Rodríguez from Everton to FIFA 21 today. This item is available through the squad-building challenge (SBC) menu in FIFA 21 Ultimate Team.

The Colombian’s special card was added alongside the second set of OTW cards today. The OTW promo gives special cards to players who transferred to another club for the 2020-21 soccer season, such as Rodríguez, who moved from Real Madrid to Everton in September. The OTW cards are live items that receive an update every time the player earns a Team of the Week (TOTW) version.

This SBC costs around 25,000 FUT coins on any platform at the moment. We strongly recommend completing it since Rodríguez has been one of the best players on Everton and the team got off to a great start in the Premier League. His card has a lack of Pace (58), but it’ll be upgraded every time he earns a TOTW version.

If you want to complete OTW Rodríguez SBC, you’ll need to turn in one 82-rated squad with 65 chemistry minimum, at least one Inform, and one player from the Premier League. This SBC will be available until next Wednesday, Oct. 21.

You can link Rodríguez with the Player of the Month (POTM) version of Dominic Calvert-Lewin from Everton that’s still live in the SBC menu and buy a pacey striker in the FUT market, such as Jamie Vardy from Leicester City.

Here’s the cheapest solution to complete OTW Rodríguez SBC right now, according to FUTBIN, a website that specializes in FIFA content.