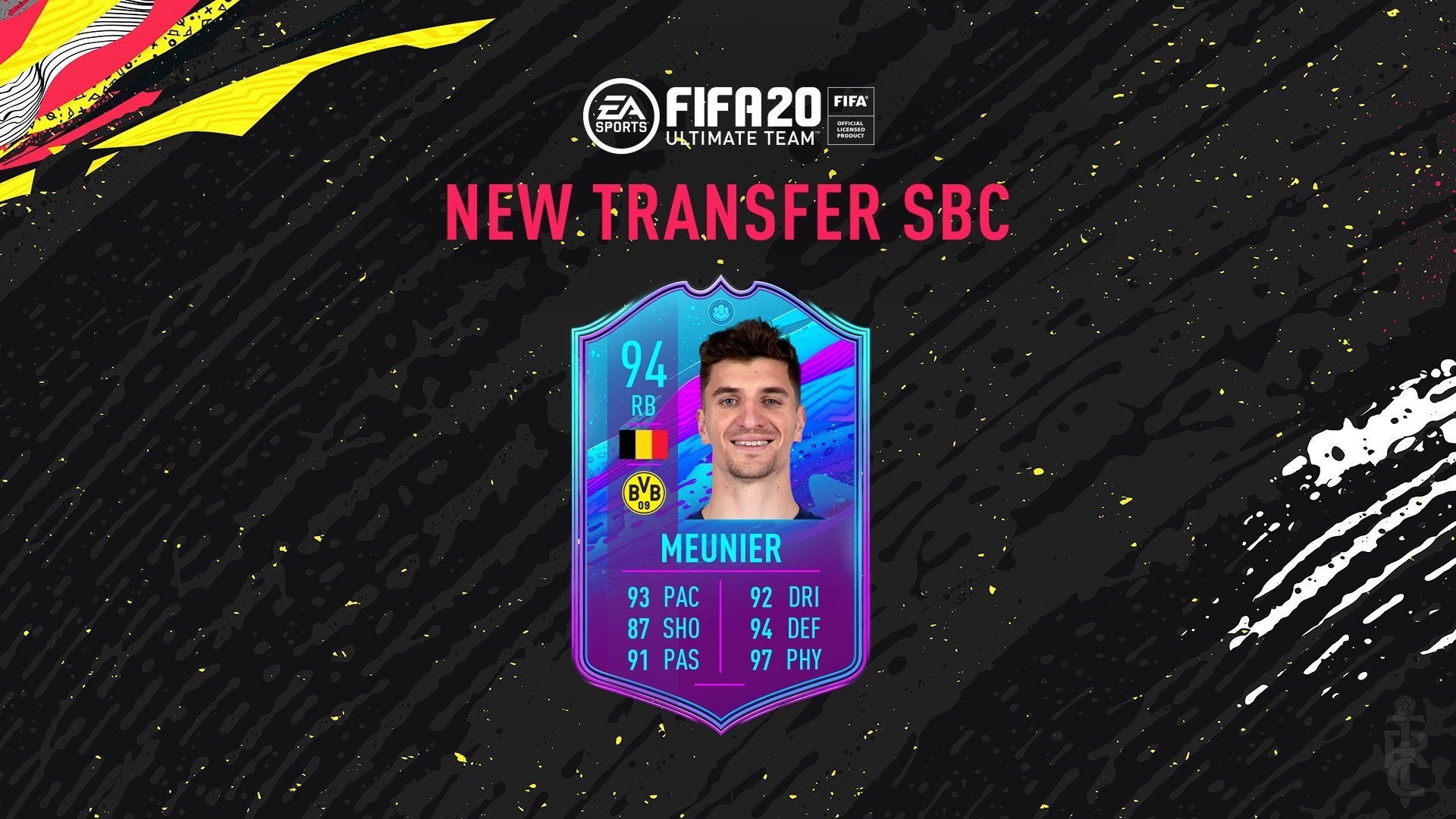 This is the Belgian player’s second special card in FIFA 20 Ultimate Team and he earned it because he was transferred from Paris Saint-Germain to Borussia Dortmund in June. EA has boosted all of Meunier’s stats, including Dribbling (+4), Physical (+2), Defending (+2), and Pace (+2), when you compare this new card to Meunier’s 93-rated Summer Heat version, which was only added to FUT Draft mode in July.

This SBC comes at a great price, around 50,000 FUT coins on any platform, for a powerful card. If you want to complete New Transfer Meunier SBC, you’ll have to turn in one 81-rated squad with 50 chemistry minimum and at least one player from the Bundesliga. This SBC will expire on Sept. 11.

Here’s the cheapest solution to complete New Transfer Meunier SBC right now, according to FUTBIN, a website that specializes in FIFA content.