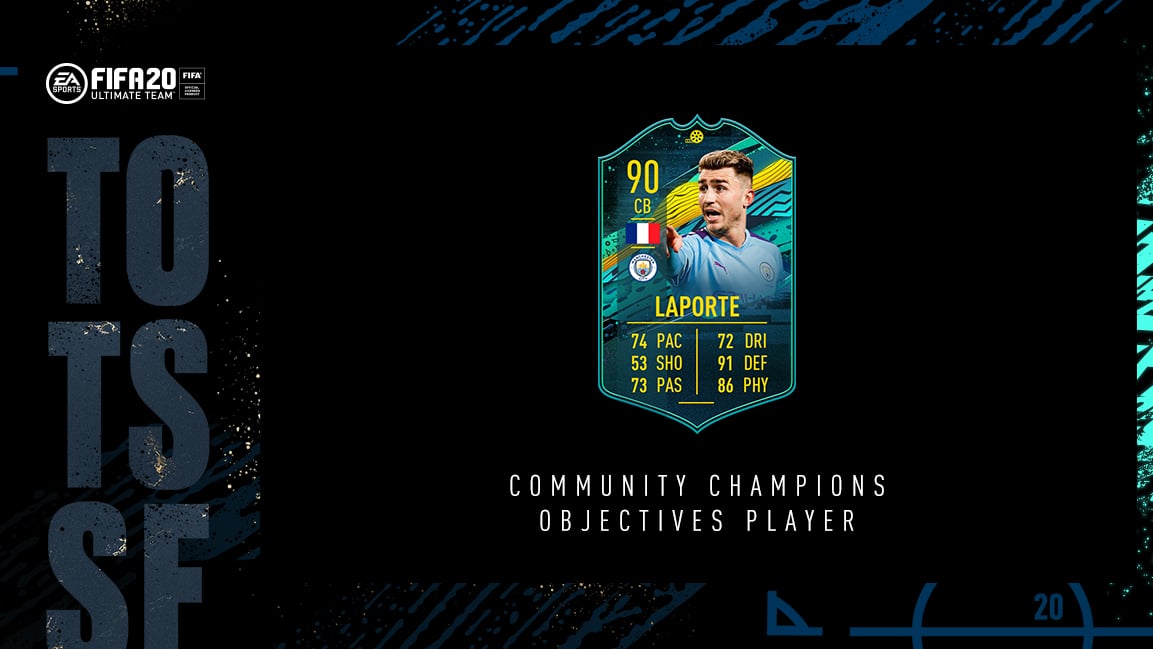 The French center back gained a Moments cards due to his gesture in raising funds for frontline healthcare workers. EA will be selecting a few players that “went above and beyond in their communities during the COVID-19 crisis” and release a Moments card achievable through in-game objectives, in the case of Laporte, or squad-building challenges (SBC).

The first community champion received a fair boost compared to his 87-rated base gold card. The most boosted stat is his Pace (+10), but you’ll still need to apply the shadow chemistry style to him if you want to make him usable at this stage of the game.

Moments Laporte’s objectives will be available during the next seven days and you’ll have to complete them through Division Rivals matches. Some of the objectives require you to also win the match, but not all of them.