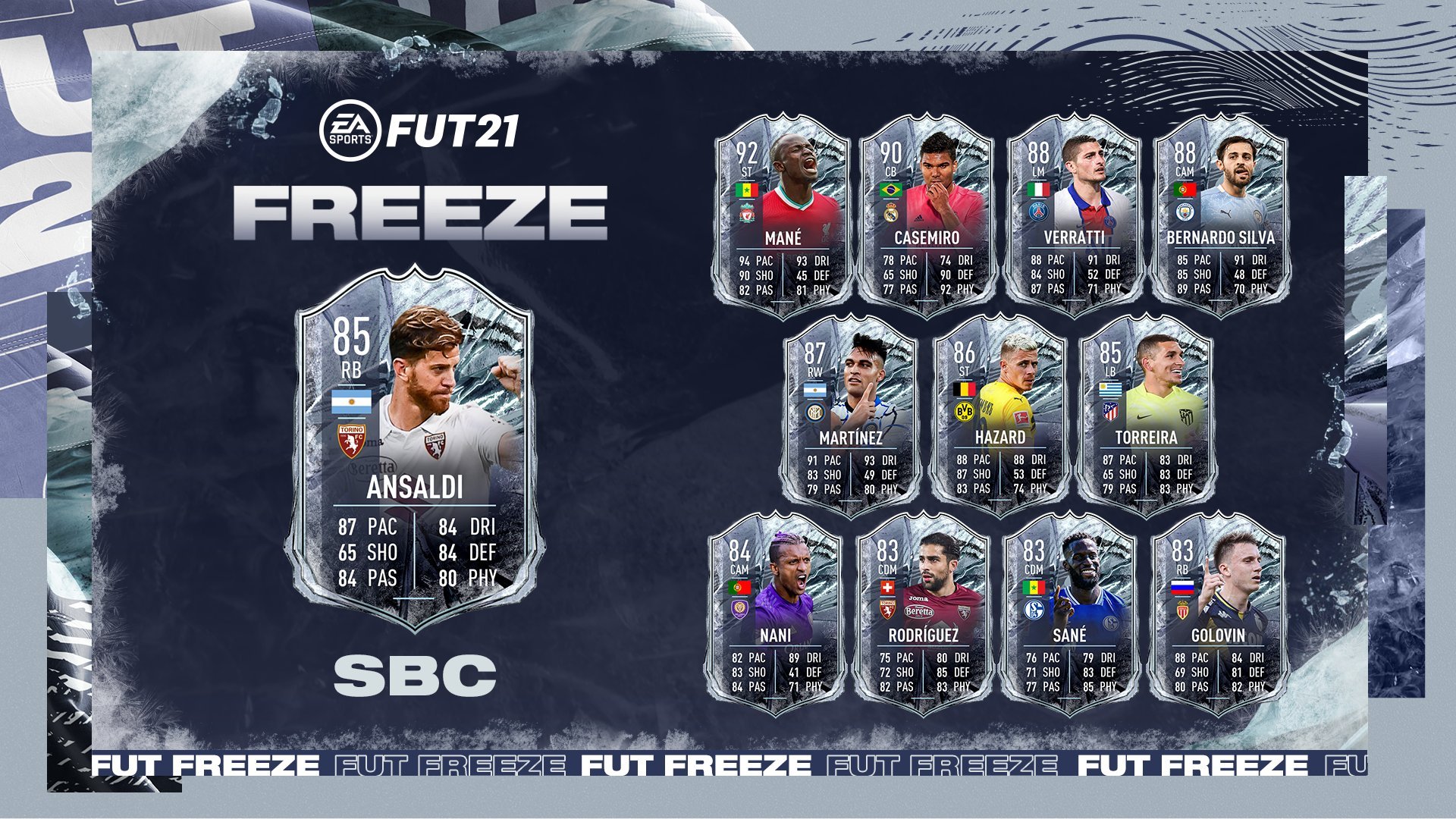 EA Sports added an 85-rated FUT Freeze version of Cristian Ansaldi from Torino to FIFA 21 on Saturday, Dec. 12. This item is available through the squad-building challenge (SBC) menu in FIFA 21 Ultimate Team.

FUT Freeze Ansaldi costs around 98,550 FUT coins on PlayStation 4 and has a slightly higher price on Xbox One (95,600) and PC (108,300). This is generally a good card but you can find similar players on the FUT market and will be able to get FUT coins back once you get tired of using them, while this one is untradable.

If you want to complete the FUT Freeze Ansaldi SBC, you’ll need to build an 85-rated squad with 65 chemistry minimum, one Inform, and at least one player from Serie A.

Here’s the cheapest solution to complete the FUT Freeze Cristian Ansaldi SBC right now, according to FUTBIN, a website that specializes in FIFA content: