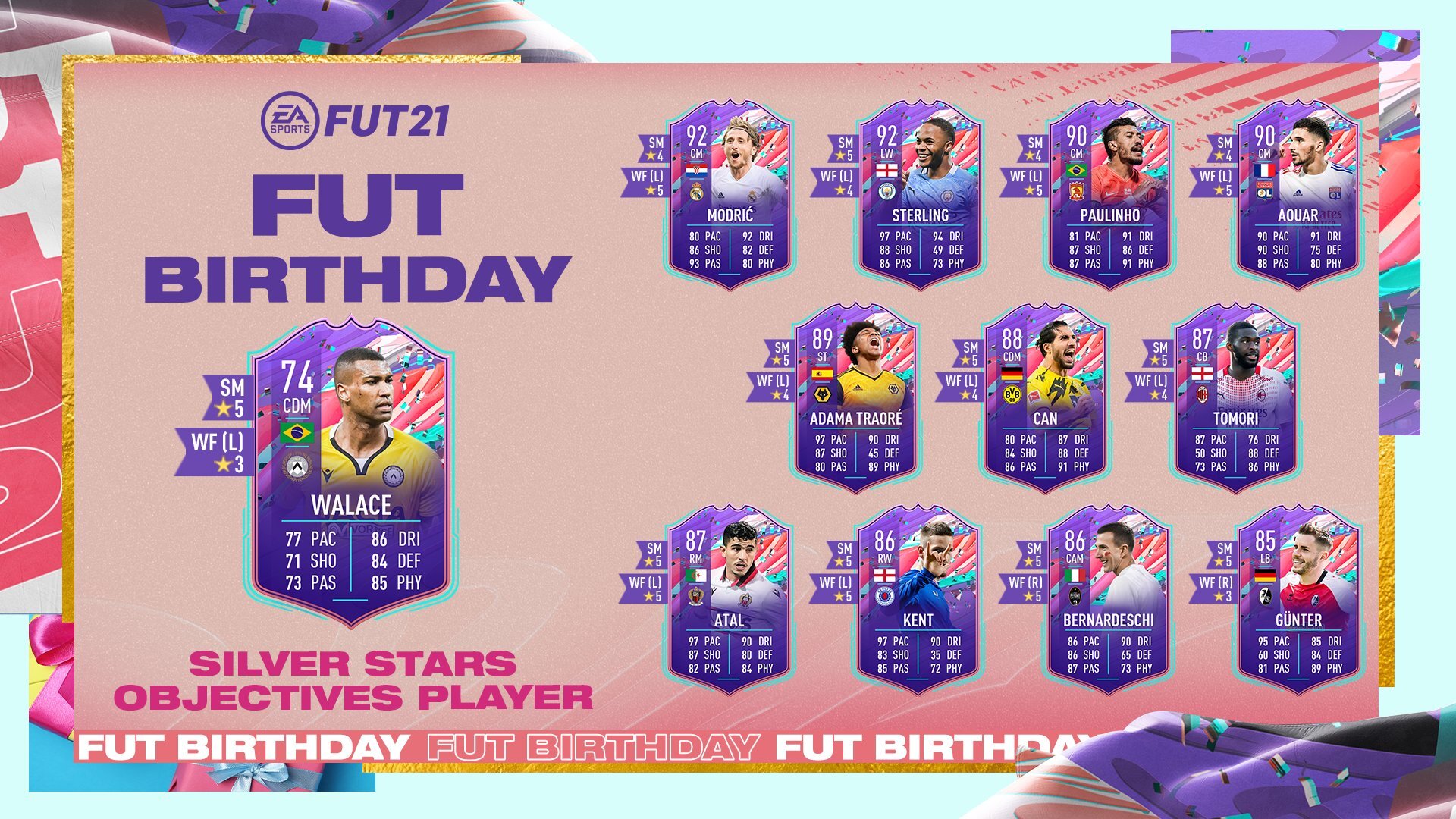 Walace is a part of the second set of FUT Birthday cards, making this his first special version in FIFA 21 Ultimate Team. The FUT Birthday promo was launched on March 26 and will give players a five-star upgrade to either their skill moves or weak foot rating, in addition to newly boosted stats.

The concept of Silver Stars consists of releasing boosted versions of silver cards in Ultimate Team. Silver Stars Walace’s objectives will be available until April 14.

EA greatly increased all of Walace’s skills including, Drbbling (+18) Defending (+17), Physical (+13), Pace (+12), Passing (+7), and his Shooting (+5) when compared to his silver version. His skill moves were upgraded to five stars while his weak foot remained at three stars.

Just like all the Silver Stars cards released before, Walace’s objectives have to be completed in Live FUT Friendly: The Playground matches instead of the usual Silver Lounge. These Silver Stars cards are useful to complete other objectives that require you to score or get an assist with a silver player, for example.

Here are all of the objectives you need to complete to earn FUT Birthday Walace Silva Silver Stars.