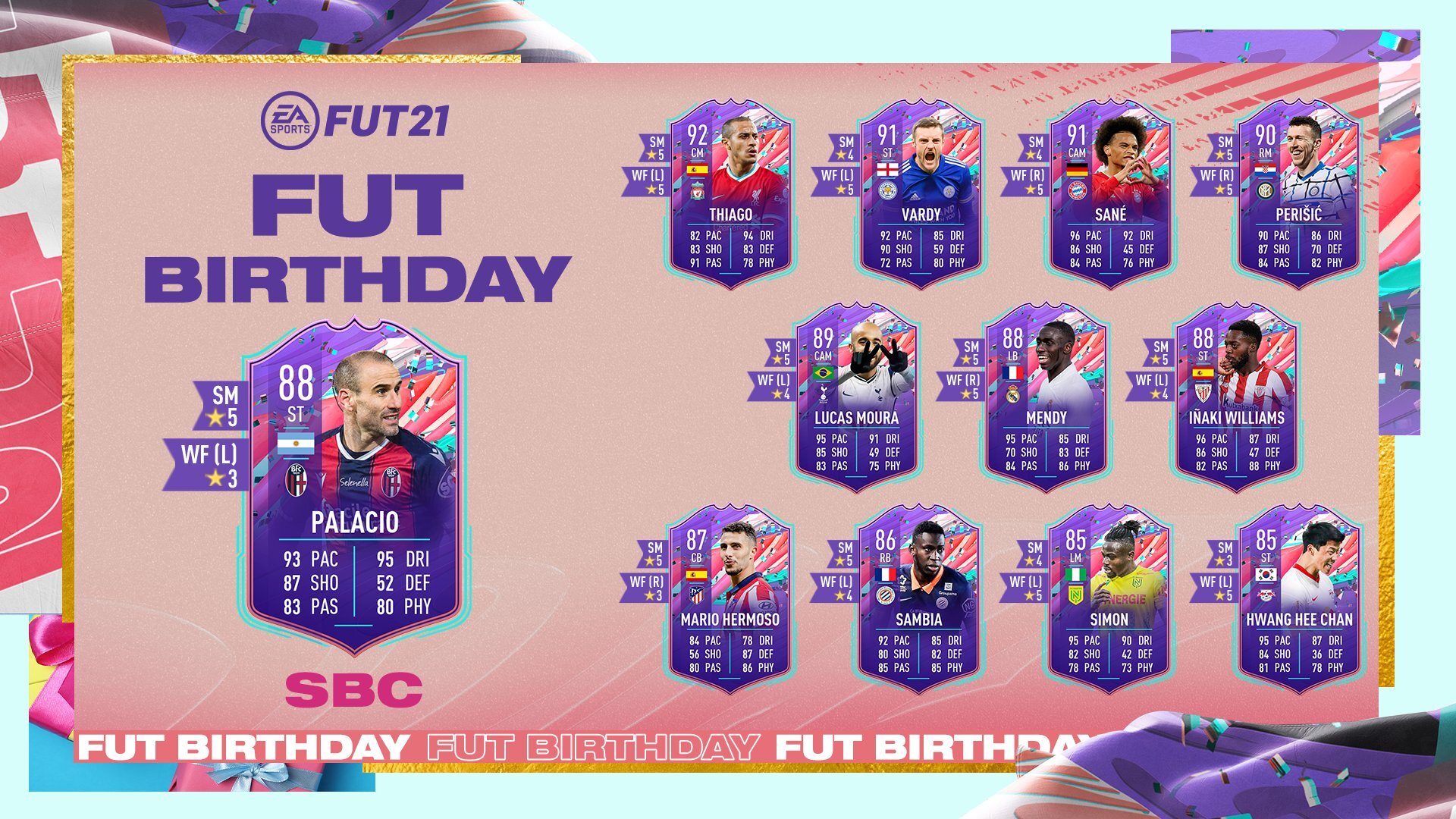 EA Sports added an 88-rated FUT Birthday version of Rodrigo Palacio from Bologna to FIFA 21 on March 27. This item will be available through the squad-building challenge (SBC) menu in FIFA 21 Ultimate Team.

Palacio is a part of the first set of FUT Birthday cards. The FUT Birthday promo was launched last week and will feature players with a five-star upgrade to either their skill moves or their weak foot rating in addition to newly boosted stats.

This is Palacio’s first special card in FIFA 21 Ultimate Team. EA Sports generously upgraded all of his stats, including Pace (+21), Physical (+17), Shooting (+16), Dribbling (+13), Passing (+11), and his Defending (+6), when compared to his 75-rated gold version. His skill moves were upgraded to five stars while his weak foot remained at three stars.

If you want take FUT Birthday Palacio’s quality up a notch, you can apply the shadow chemistry style to increase his Shooting (+7), Pace (+5), and Physical (+5). This will maximize his Acceleration, Positioning, and Aggression.

FUT Birthday Palacio costs around 207,900 FUT coins on PlayStation 4, 193,550 on Xbox One, and 225,400 on PC. This price is worth it for this great card, though. He has good stats and can make strong links to amazing Argentinian players.

If you want to complete the FUT Birthday Palacio SBC, you’ll need to build two squads: Serie A and Argentina. You’ll have until April 3 to complete these squads.

Here’s the cheapest solution to complete the FUT Birthday Rodrigo Palacio SBC right now, according to FUTBIN, a website that specializes in FIFA content: