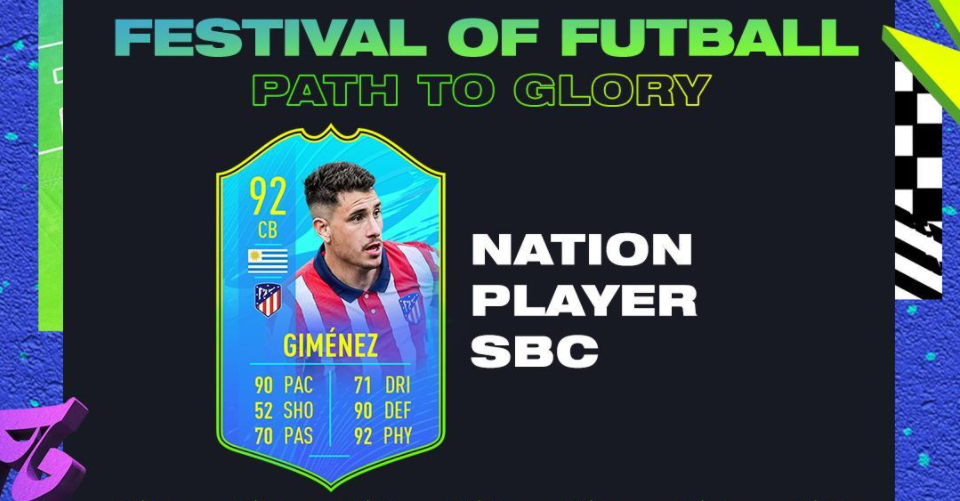 This is Giménez’s second special card in FIFA 21 Ultimate Team. He’s the first Uruguayan player in the FOF Nation Player promo and will receive an upgrade depending on how many wins the Uruguayan national team gets during the Copa America.

His high stats are focused on his Physical, Defending, and Pace, which are great for his center-back position. This card is already amazing but there’s still a possible upgrade on the way. He only has a three-star weak foot and two-star skill moves, though. If you apply the shadow chemistry style, you’ll increase his Pace (+8) and Defending (+7), which will maximize several of his stats, such as Sprint Speed, as well as Standing and Sliding Tackle.

FOF Nation Player Giménez costs around 197,250 FUT coins on PS4, 219,850 on Xbox One, and is a bit more expensive on PC (249,600 FUT coins). This is an incredible card for this price and he can make a perfect link with TOTS Suárez and strong links with 96-rated TOTS Oblak, 92-rated TOTS Valverde, and 92-rated TOTS Carrasco.