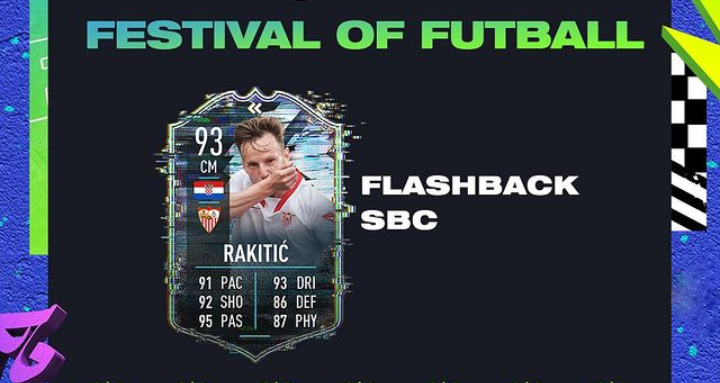 This is Rakitic’s first special card during the FIFA 21 Ultimate Team cycle. He gained this Flashback version to celebrate his international career in 2018. The SBC will be available until Tuesday, June 29.

EA has mainly upgraded Rakitic’s Pace (+30) but still greatly boosted the rest of his skills, including Physical (+18), Dribbling (+15), Shooting (+13), Defending (+11), and his Passing (+10), when compared to his 82-rated gold version card. The devs didn’t upgrade his four-star weak foot and skill moves, though.

You can further boost Flashback Rakitic’s stats if you apply the anchor chemistry style, which will increase his Defending (+7), Physical (+6), and Pace (+5). It’ll maximize his Strength and greatly increase his general quality.

Here’s the cheapest solution to complete the Flashback Ivan Rakitic SBC right now, according to FUTBIN, a website that specializes in FIFA content.