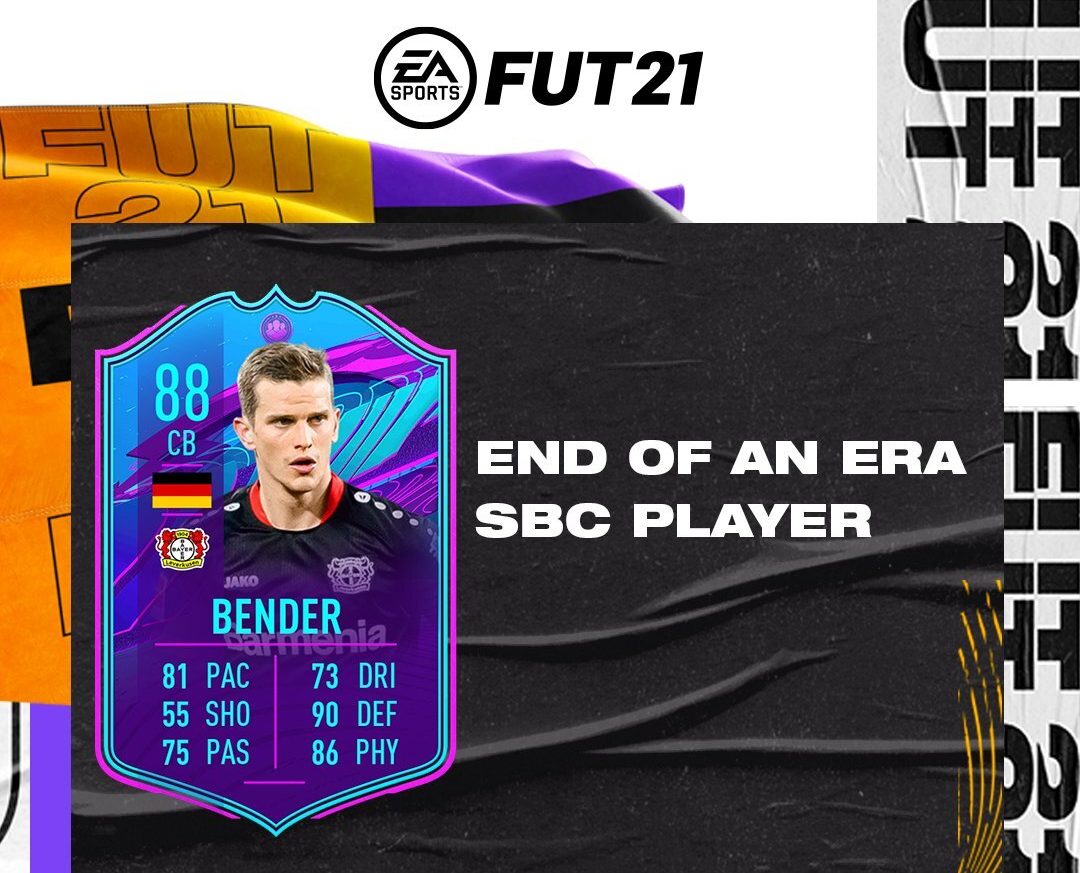 EA Sports added a new squad-building challenge (SBC) to FIFA 21 Ultimate Team’s menu on March 20. It’s an End of an Era 88-rated version of Sven Bender, a center-back who plays for Bayer Leverkusen.

The 31-year-old Bender twins will retire at the end of the Bundesliga’s 2020-2021 season. EA released this card to celebrate the legacy of the brothers with a Premium SBC version.

This upgrade definitely elevated End of an Era Sven Bender into a spectacular defender to use in FIFA 21 Ultimate Team because of his stats. He only has two-star skills and a four-star weak foot, however.

If you apply the shadow chemistry style, you’ll almost maximize his Defending (+7) and will increase his Pace (+10), making the most of this card in his position.

Here’s the cheapest solution to complete End of an Era Sven Bender SBC right now, according to FUTBIN, a website that specializes in FIFA content.