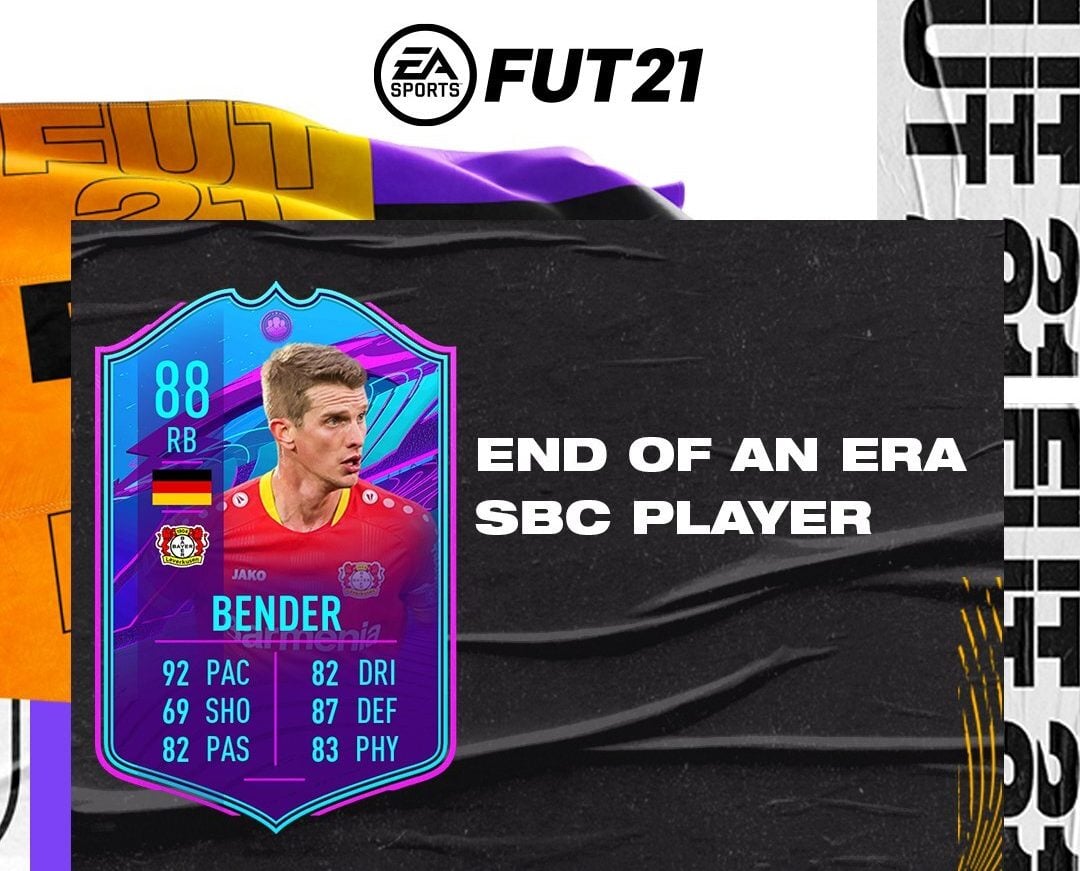 EA Sports added an End of an Era 88-rated version of Lars Bender, a right-back who plays for Bayer Leverkusen, to FIFA 21 Ultimate Team’s squad-building challenge (SBC) menu on March 20.

The 31-year-old Bender twins will retire at the end of the Bundesliga’s 2020-2021 season. EA released this card to celebrate his legacy with a Premium SBC version.

Lars Bender was the first to join Bayer Leverkusenin in 2009, where he spent most of his career. He collected 19 caps and scored four goals for Germany.

EA mainly increased Lars’ Pace (+32), while still generously upgrading his other skills, including Passing (+10), Dribbling (+9), Physical (+6), and Shooting (+5) when you compare this new card to his 82-rated gold version.

End of an Era Lars Bender is a balanced card with more focus on Pace and three-star skills and weak foot. If you apply the anchor chemistry style, you’ll almost maximize his Pace (+5) and will increase his Defending (+7) and Physical (+7), making the most of this card in his position.

Here’s the cheapest solution to complete End of an Era Lars Bender SBC right now, according to FUTBIN, a website that specializes in FIFA content.