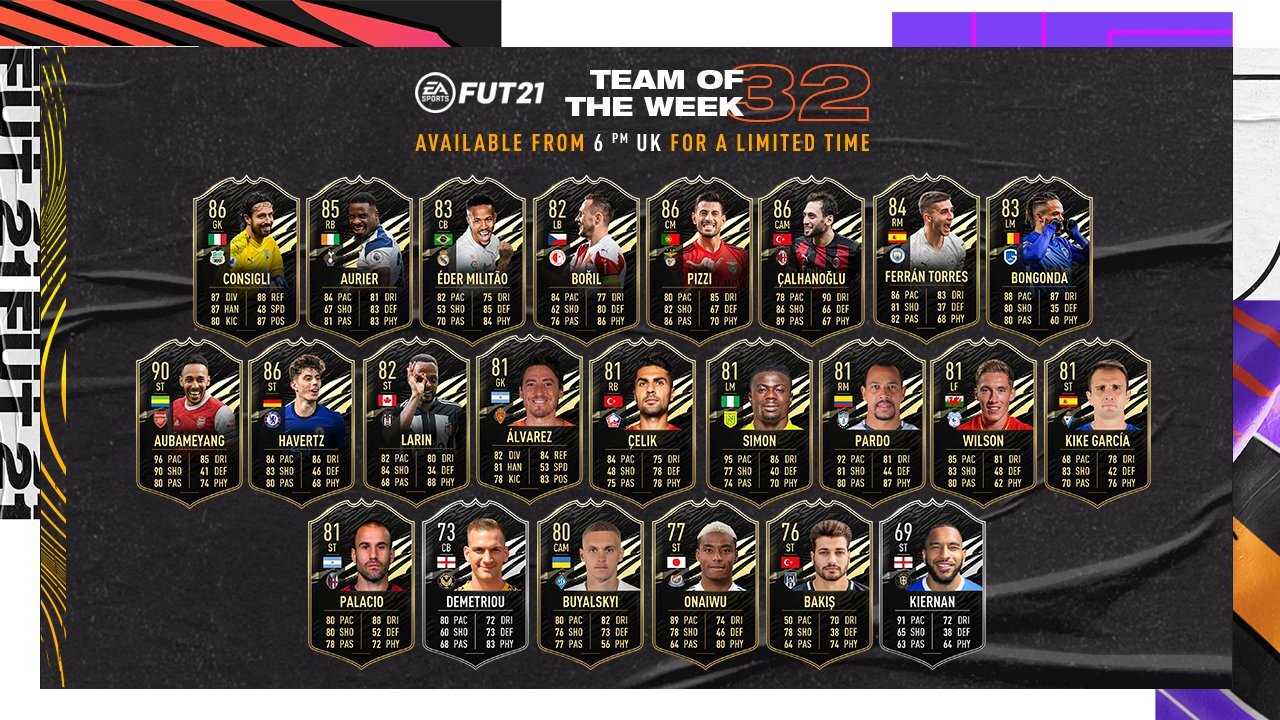 Every week, EA creates a new version of players who performed well after the leagues’ fixtures or national team matches end. The TOTW 32 cards will replace TOTW 31 today and the cards will remain in packs until a new TOTW is released. You can acquire them through the FUT market or from FUT packs if you’re lucky enough.

The best players in TOTW 32 are a 90-rated Pierre-Emerick Aubameyang from Arsenal, an 86-rated Hakan Çalhanoglu from Milan, an 86-rated Pizzi Benfica, an 86-rated Kai Havertz from Chelsea, and an 86-rated Andrea Consigli from Sassuolo.

All of these top players, except for Pizz, already have multiple special cards and at least one more TOTW version, while Kai Havertz only has a Ones to Watch version. The most recent cards have a higher rating than the last Inform version by one point, however. The best cards will sell for a high price, but if you pack a low-rated TOTW card, you can quick-sell it and grab almost 10,000 FUT coins.

Here are all of the TOTW 32 cards.