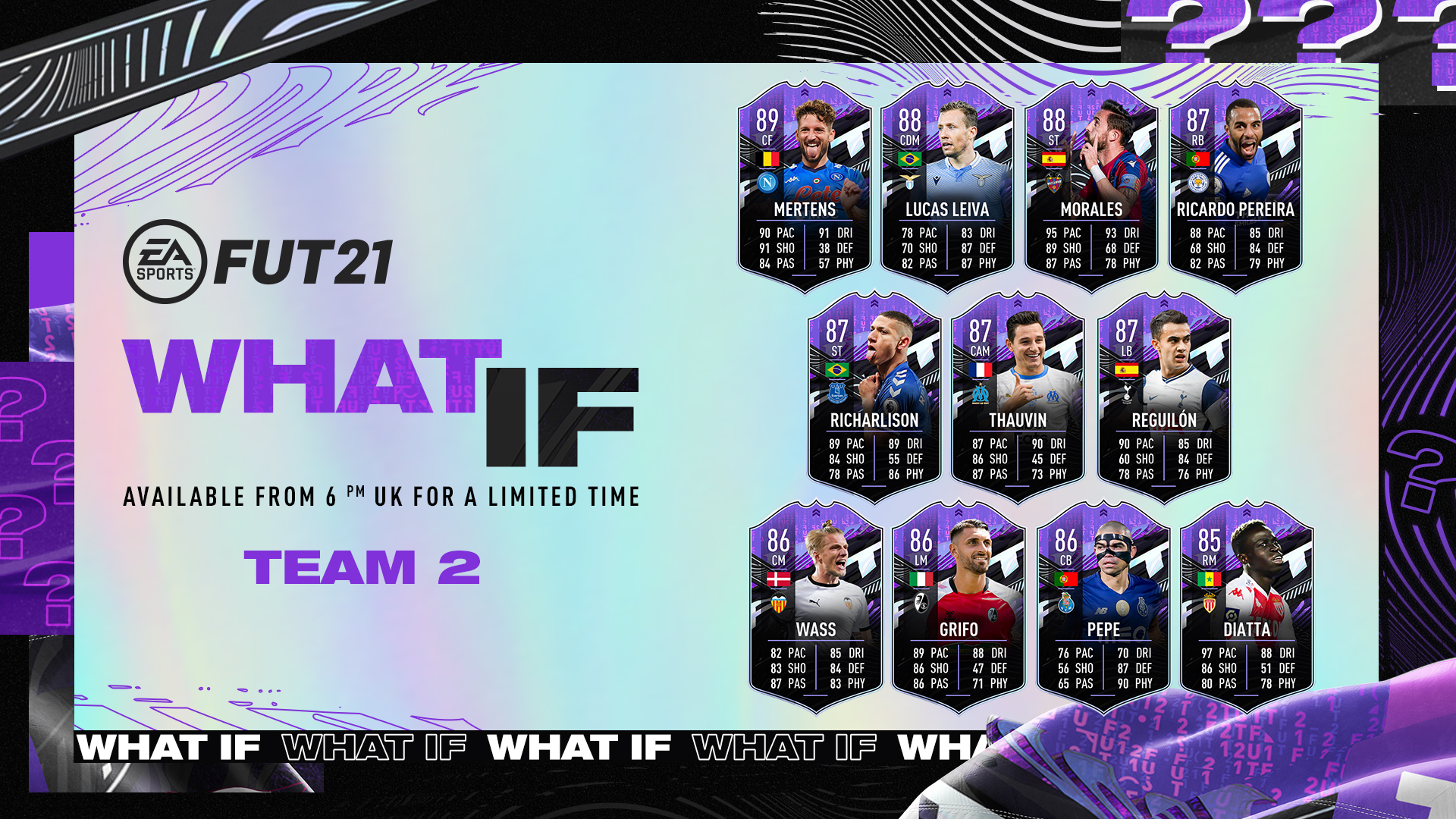 EA Sports revealed the second team of the What If promotion in FIFA 21 Ultimate Team today. Players can get an additional one-time +2 upgrade if their respective team actually does the what-if requirements.

The What If team one was released last week on Feb. 26 with players such as N’Golo Kanté, Jadon Sancho, Papu Gómez, and Kevin Mbabu. The tracking for team two starts today for all of the participating players.

Here are the What If team two players who can receive the +2 upgrade:

Cristiano Tello from Real Betis was also added as an SBC and Mattéo Guendouzi from Hertha Berlim is an objective player. A second team and other SBC players are expected to be released in the future.

Team of the Week (TOTW), Man of the Match, and other individual performance-based special items won’t impact the What If cards. And if a player is no longer on the roster of the club their item is released for, they won’t be eligible to receive any future additional upgrades.