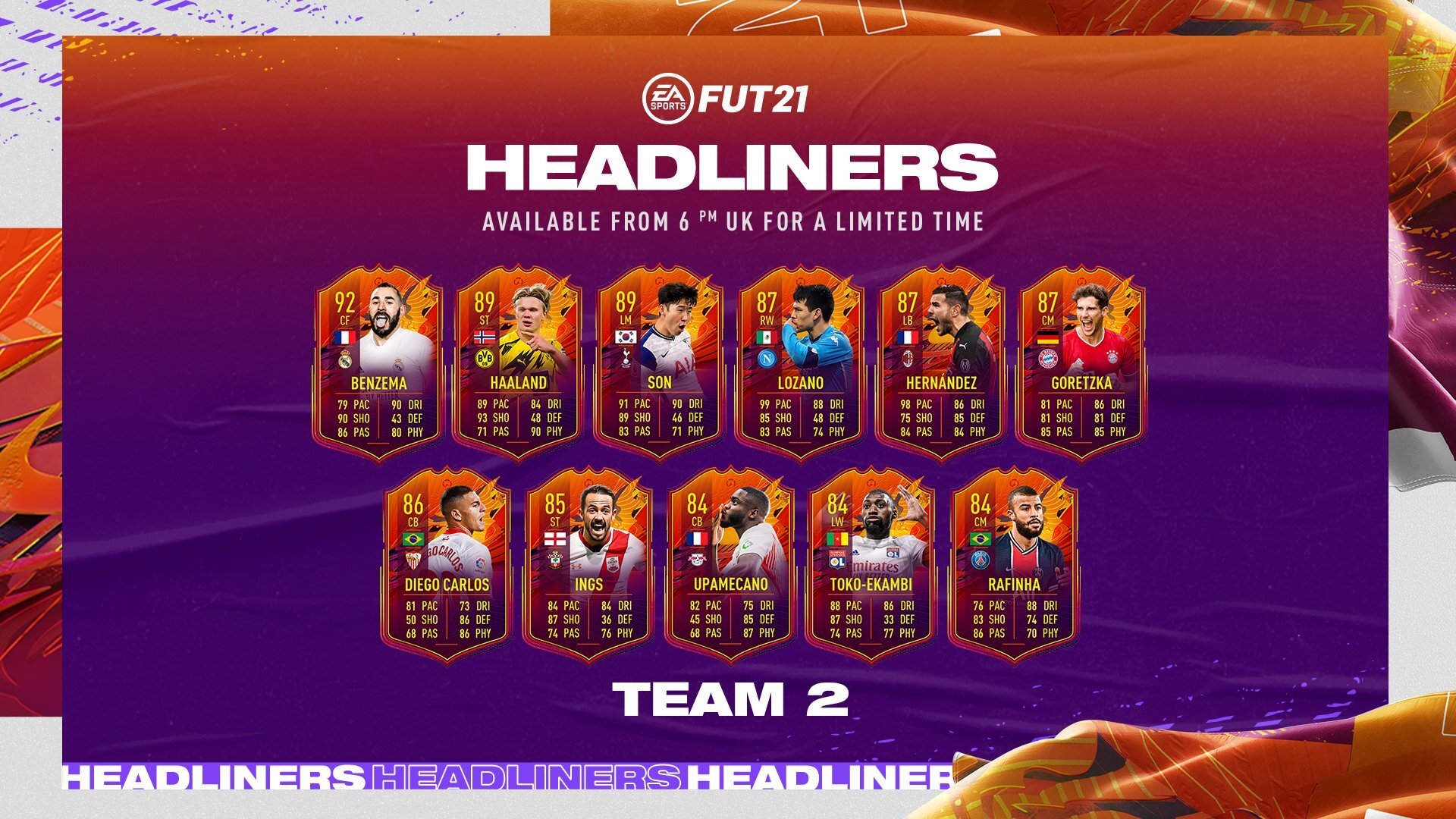 EA Sports released the second Headliners Team promotion in FIFA 21 today. There are 11 cards in total and they’ll be available for only one week.

The Headliners promotion will release upgraded players based on individual and team performances throughout the 2020-21 season with the possibility of an additional +2 upgrade if their team wins four matches in a row.

This week’s Headliners team is much better than Team 1 considering the high-rated cards in general and some absurd stats, such as the 99 and 98-rated Pace, one of the meta-gaming skills of FIFA 21, from Hirving Lozano and Theo Hernádez.

Here are all of the Headliners Team 2 cards: