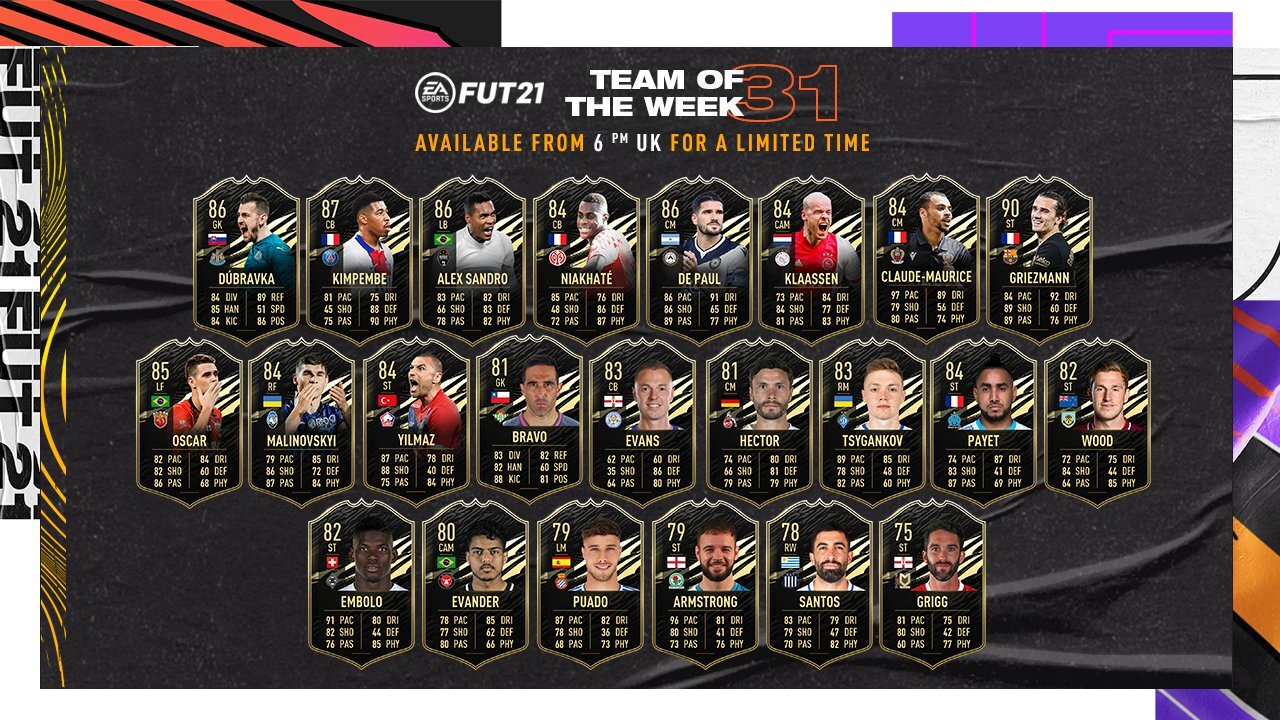 Every week, EA creates a new version of players who performed well after the leagues’ fixtures or national team matches end. The TOTW 31 cards will replace TOTW 30 today and the cards will remain in packs until a new TOTW is released. You can acquire them through the FUT market or from FUT packs if you’re lucky enough.

The best players in TOTW 31 are a 90-rated Antoine Griezmann from Barcelona, an 87-rated Presnel Kimpembe from Paris Saint-Germain, an 86-rated Martin Dúbravka from Real Madrid, an 86-rated Alex Sandro from Piemonte Calcio, and an 85-rated Oscar from Shanghai SIPG.

Here are all of the TOTW 31 cards.