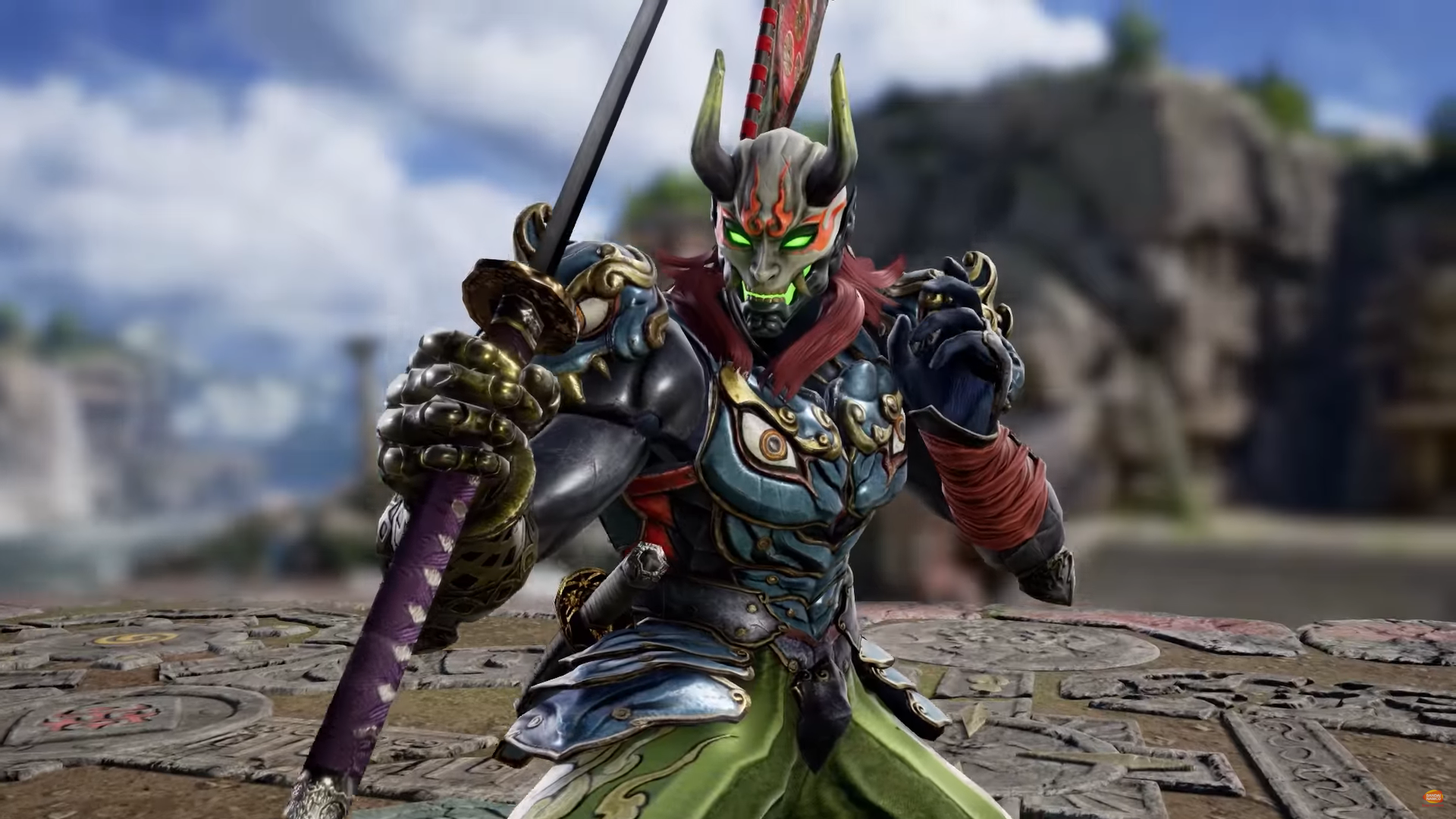 One of Bandai Namco’s most recognised fighters, Yoshimitsu, is returning in Soulcalibur VI.

Yoshimitsu has been a apart of nearly every SoulCalibur game since the original for Sega Dreamcast. Unlike most characters in the roster, however, Yoshimitsu debuted in Tekken before transferring to the Soulcalibur roster.

In his lore, Yoshimitsu comes from the Manji clan village, which is located at the bottom of the Holy Mount Fuji. Unfortunately, the clan was destroyed by the might of a powerful warlord. As the lone survivor, Yoshimitsu dedicated his life to his clan’s martial arts. With his excellent swordsmanship, he became the greatest swordsmen of his time.

Like many characters in the Soulcalibur series, Yoshimitsu is designed in Japanese samurai/ninja-esque clothing. He wields the demon blade Yoshimitsu, which is what his name comes from, and uses a lot of acrobatic moves in battle.

Yoshimitsu’s announcement brings the total number of playable characters to 12. One of those characters, Geralt, is a guest character from the Witcher series of video games by CD PROJEKT RED. He was revealed back in March.

Soulcalibur VI will launch for Xbox One, PlayStation 4, and PC sometime in 2018. Bandai Namco has still not yet given fans a release date for the game but more details will hopefully come from this Summer’s E3.