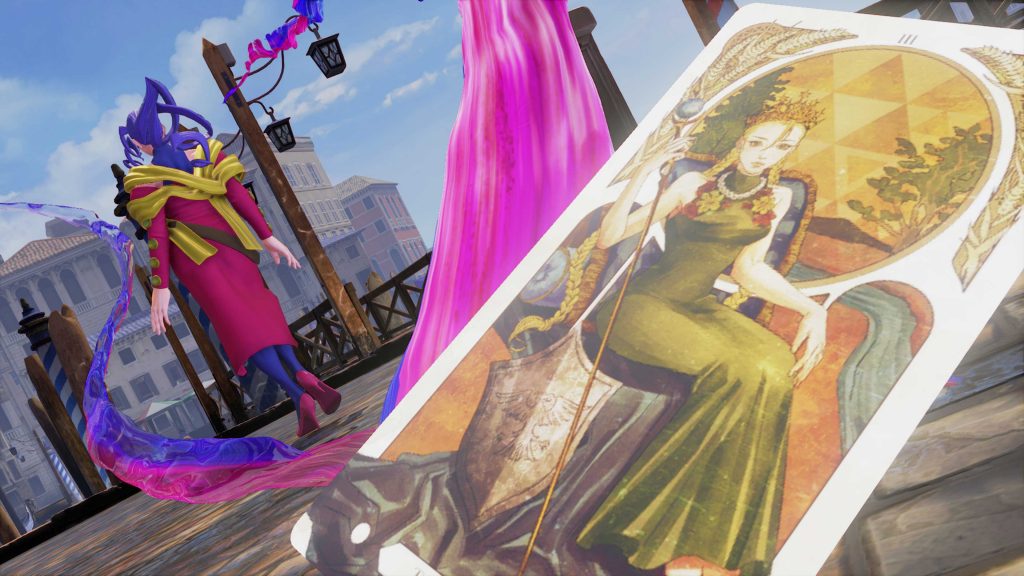 The Street Fighter V Spring Update showcase gave fans exactly what they wanted, including more details and a release date for the game’s next DLC fighter, Rose. We also got our first full look at Oro, a sneak peak at Akira, and much more within the broadcast too.

For Rose, players won’t need to wait long for her to join the roster. She is joining SFV as part of the Season Five Pass on April 19.

In terms of gameplay, Rose uses her Soul Power abilities, along with various tarot cards, which she is able to wield and use to implement different effects. The effects include an increase of her stats, decreasing her opponent’s stats, or refilling her V-Gauge. She also has several other utility moves, such as a V-Trigger warp that can be canceled using special moves or performed in the air, giving her some great mixup options.

The first part of the stream itself focused more on Oro, showcasing a lot of his gameplay, behind-the-scenes details about how his animations were recorded, and how the SFV team is blending some of his classic moves with new attacks. This includes the Japanese hermit holding a turtle to keep him from fighting with both hands, rather than simply binding the appendage like in previous titles.

No release date was given for the ancient fighter, but he is set to release after Rose and before Akira this Summer.

As for Akira Kazama, the Rival Schools character and fourth confirmed DLC fighter for this season of DLC, we got our first look at how she will look and play in the game.

It was only one of her intros and some combos showing her beating up on Dan Hibiki, but she is much further along in development than many initially thought. Fans also got some fan service, as one of Akira’s V-Trigger moves tags in her older brother Daigo Kazama and has him attacking her opponent.

You can expect another update stream like this closer to June, where Capcom will reveal Oro’s release date, more details about Akira, and likely drop information about the fifth and final DLC fighter that has yet to be announced for the Season Five Pass.

It could potentially be part of the company’s E3 2021 showcase, as Capcom was confirmed to be one of the developers taking part in the revamped event earlier today.

You can read a detailed breakdown on everything revealed during the Spring Update on the official Capcom website.