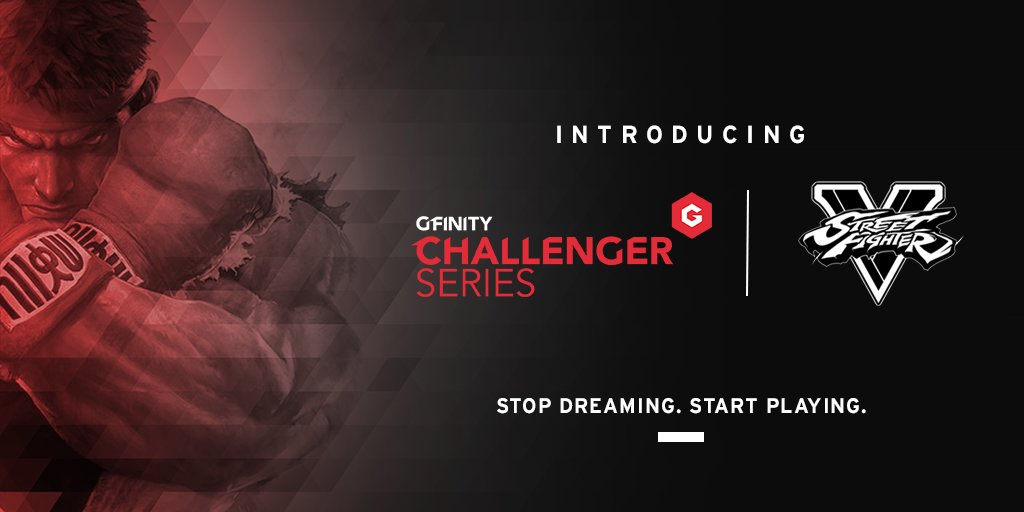 Street Fighter V will be the second game included in the Gfinity Challenger Series, the company announced earlier today. Street Fighter V joins Counter-Strike: Global Offensive in the lineup of games for this event, as CS:GO was revealed as the first game just a few days ago.

The challenger series is a league that is free to join where you can play matches to climb a leaderboard, hopefully being spotted and drafted by top talent to become a pro.

It offers an incentive for players to get noticed against other rising stars, and with Street Fighter V joining the elite series, it provides a way for UK players to get out there and make their mark.

Matt Edwards, the community and esports manager at Capcom, is really excited about SFV joining the Gfinity lineup. “The UK is home to a very strong and expanding Street Fighter V competitive scene with vibrant communities in London, Birmingham, Glasgow, Manchester, Edinburgh, Leeds and Leicester to name a few,” Edwards said. “This makes our new partnership with Gfinity even more exciting. It gives aspiring Street Fighter V players an all new league to rise up and compete with the best.”

As more Street Fighter V tournaments are appearing everywhere, this news goes to show just how much the FGC community continues to grow.