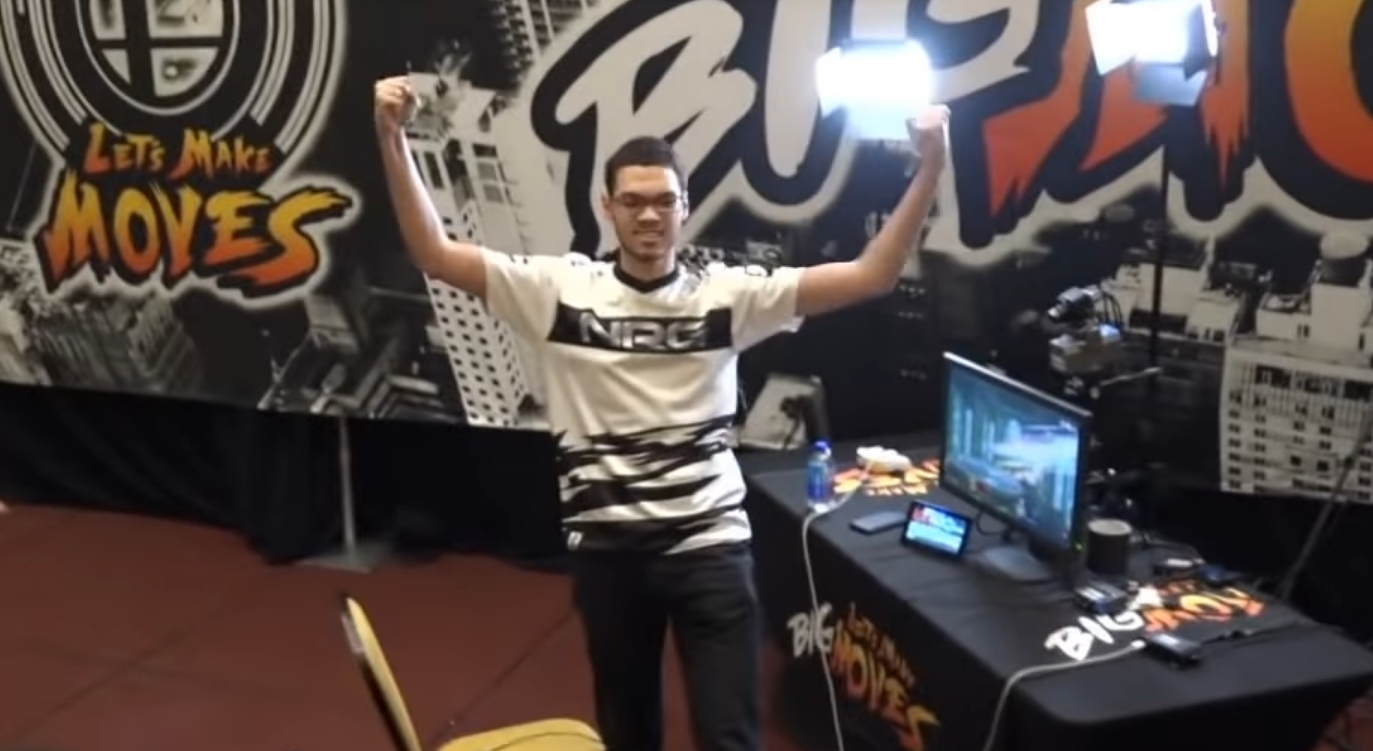 Tristate may not have won the Crew Battle, but they did get two representatives in the grand finals of Let’s Make Big Moves. Nairoby “Nairo” Quezada finished off an incredible losers bracket run last night with a reverse sweep against Samuel “Dabuz” Buzby.

Nairo was performing well up into the top 16 and made top cut easily before running into Dabuz in the quarterfinals. He tried to throw off the calculating plays of his longtime rival by playing heroes outside of his normal picks.

During that first meeting, Nairo opened up game one using Hero and completely shocked most fans while also messing with the usual matchups Dabuz is used to fighting against when playing him. It didn’t work out in the end, but it did spawn another surprise when Nairo swapped over to Joker instead of back to Palutena or Zero Suit Samus.

He won the next two games before Dabuz seemed to figure things out and closed out the series, but each game, except the first one, came down to the last stock for both players. Following that win, Dabuz cruised into the grand finals with a 3-0 sweep against Tea and a close 3-1 set over Takuto “Kameme” Ono.

After dropping into the losers bracket, Nairo immediately swept Ricardo “Sinji” Mathison’s Pac-Man and then barely survived a five-game set against Enrique “Maister” Solís, who had just upset the top-seeded Ezra “Samsora” Morris. His losers run essentially flipped between sweeping a player and then having to play full sets up until the finals because he swept Jestise “MVD” Negron before playing three long series to close things out.

Outside of his first series against Dabuz, Nairo almost exclusively used Palutena, aside from two games against Kameme where he played ZSS. He beat Tea and the other top Japanese player in five games each to climb all the way back into the grand finals.

Nairo took game one handily after Dabuz kept to his Olimar with hopes that things would follow the same trajectory of the first series that he won. But the Palutena matchup wasn’t favorable and he was quickly outmatched. That prompted a switch back to Rosalina that flipped the series in his favor.

Things were dead even heading into game five, but an untimely SD led to Nairo getting the bracket reset and then reverse sweeping Dabuz once the set was back to 0-0. The momentum completely shifted after that single mistake and Nairo is one of the most dangerous players once he gets rolling.

With this win, Nairo claimed the first S-tier title of the 2020 season and likely improved his seeding for Genesis 7 at the end of the month. We don’t know what rank he finished 2019 with, but this is his second Major win of his Ultimate career.