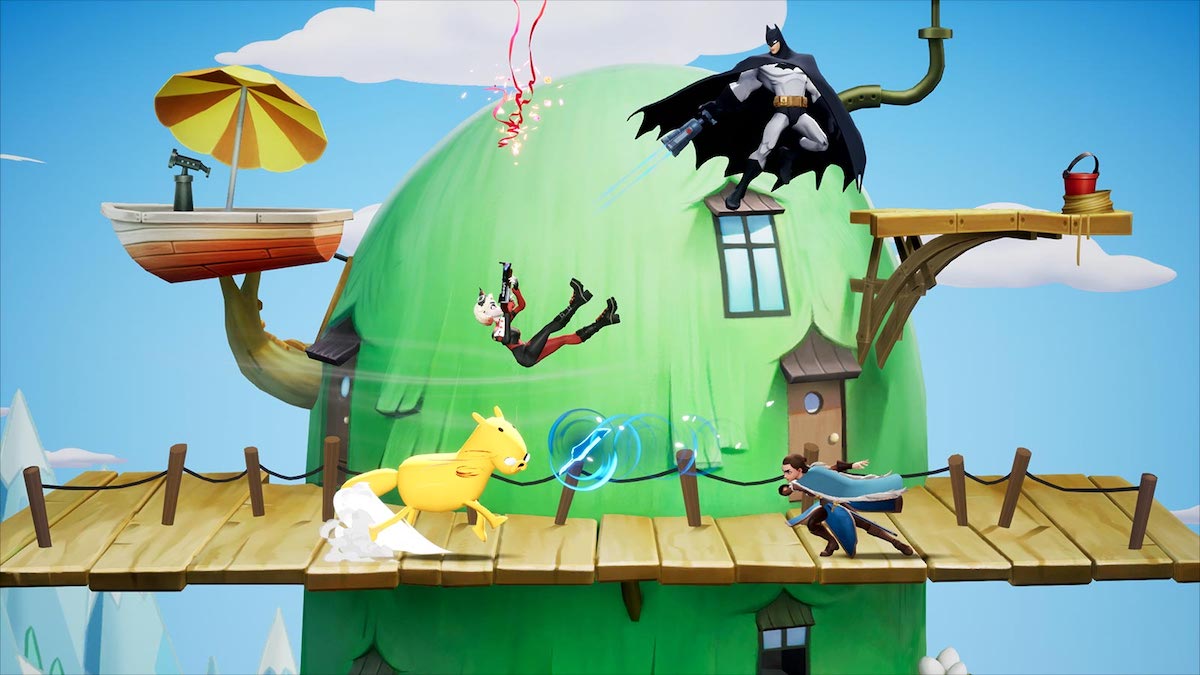 Despite not being a main-stage game, MultiVersus has made a big impact at EVO 2022 with a $100,000 tournament, a season one roadmap, and hints at what content will come for gaming’s newest platform fighter.

EVO 2022 marks the start of the official MultiVersus competitive scene. During the event, the Multiversus competitive Twitter reached 20,000 followers and in celebration, the team showed off what looks like an alien variant of Jake the Dog.

This blue alien version of Jake with five eyes could come to MultiVersus in season one. More variant skins were also announced today to be coming to the game alongside an arcade mode, ranked mode, and new characters that include Rick Sanchez and Morty.

Alien Jake was rumored to be coming to the game as a part of a major datamine leak during San Diego Comic-Con. The leaks also included a Task Force X skin for Harley Quinn, as well as skins for LeBron James, Bugs Bunny, and Taz.

MultiVersus was released in open beta on July 26 with the introduction of LeBron James from Space Jam in the game. Season one was expected to come shortly after, but was recently delayed with no confirmed release date. The announcements at EVO suggest season one may not be too far off, and players will get access to all the new content sooner rather than later.

Those that are starved for content could catch the EVO 2022 MultiVersus tournament, which drew excitement and saw fighting game superstars like SonicFox try their hands at the team-based platform fighter.