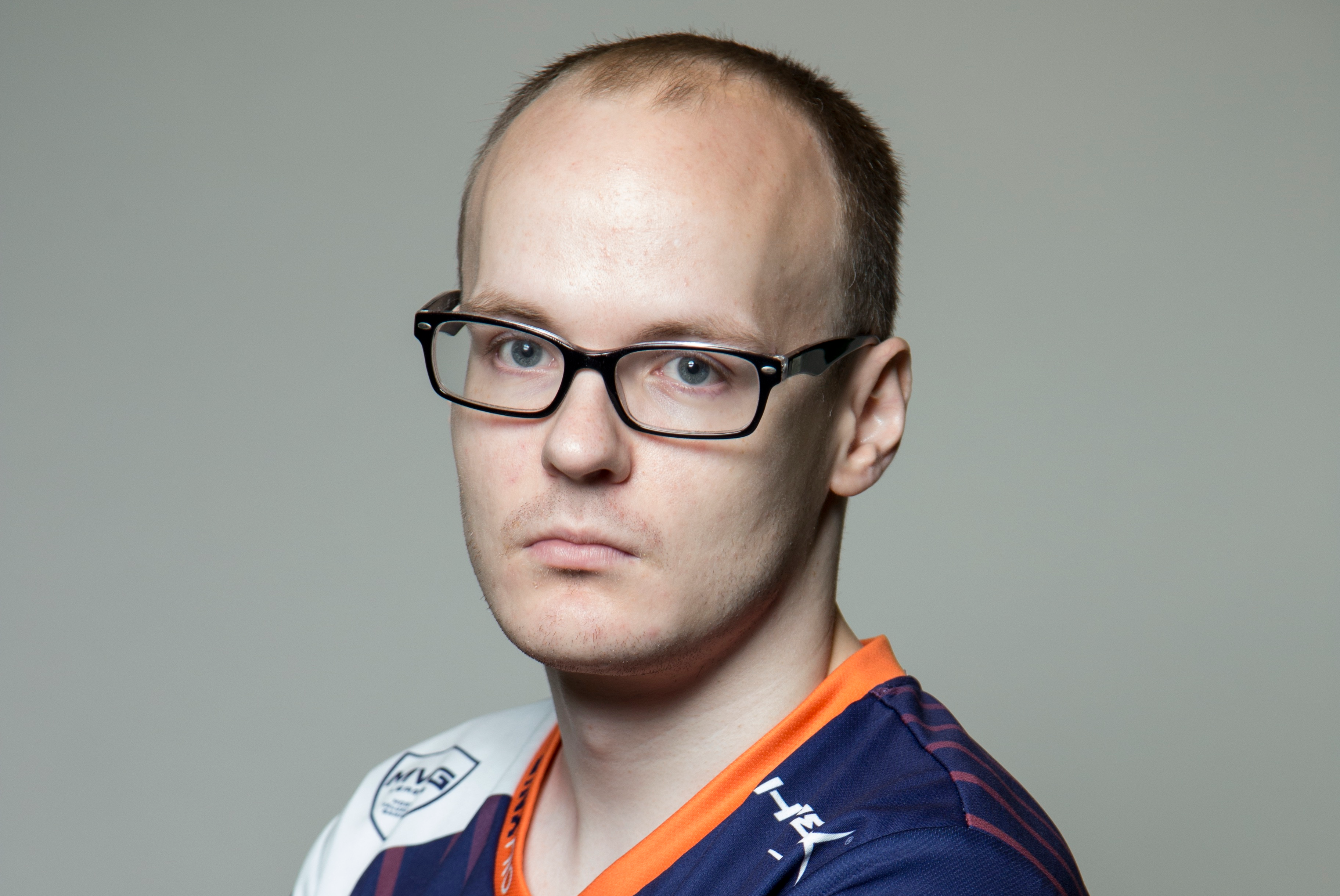 Jason “Mew2King” Zimmerman is a household name in Smash Bros.

Somehow, he manages to balance multiple games and characters at the same time to be one of the best overall players in the scene. He thrives on dominant aggressive playstyles and has won multiple titles over the past decade.

Before the release of Super Smash Bros. Ultimate on Dec. 7, Mew2King talked with Dot Esports about what makes him so good, his major career highlights, and what he thinks of Ultimate.

You’ve picked up multiple characters throughout your career and made them all work. How is it that you became the best overall Smash Bros. player in the scene and what do you feel you do differently to everyone else?

Mew2King: So for Melee, I played the game a lot before I knew about tournaments. I played a lot of characters simply for fun. I literally just did it for fun.

Then, I accidentally got good with a lot of characters over time because obviously when you spend a lot of time on something you’re going to improve on that thing or learn more about it.

I eventually just learned a lot of characters just because I played the game so much for fun and even up until Brawl came out, I was still just using a bunch of characters just for fun. So then, instead of just having an investment into one character, I was just good at the game as a whole.

He might be my single most used Smash character.

So basically, my answer is in Melee I played the game a lot just for fun and those hours and that time spent added up and I eventually learned so much about the game as a whole— but I didn’t have just one investment, because I never focused on one investment. I just played Melee because I liked the game. For years, even before I knew tournaments existed, I just liked video games so I played it a lot. I’m just good with many characters because of my time divided into them.

And for Brawl, I was just like “Okay, I just want to make a living off of tournaments. I’m going to focus all my efforts into one character.” So I just had a completely different mentality before Brawl came out. I had a different mentality before Melee came out. So those mentalities—even before tournaments for each game— have pretty much influenced the way events have gone.

What would you say has been the biggest highlight or achievement in your career?

Well, I would have said the early proudest accomplishment would be MELEE-FC Diamond in 2007 which was a super major that I won. It was like the first ultra super omega major. I beat PC Chris 6-0 in like— the first match in something like 67 seconds or something. After he sent me through to losers I came back and won 6-0 in grands and I beat Chudat in the process solidly. However, there was no proof of this tournament apart from the results screen because all of the videos were lost. So, I got unlucky, as I never got to show it.

Years later, the return of the king era started at Big House 3 where I went seven months of dominance beating Dr. PeePee, HungryBox in two sets with a 6-1 score. Armada even said I should be considered the number one player most likely during a certain period of time during late 2013 and early 2014 based on my results.

That was a short stretch of time where for seven months I didn’t skip a single tournament. Every single weekend would be at least one tournament. Seven months of that none stop NEVER skipping a tournament.

That time period was a unique situation. That was because I was trying to make a living off the game and I just figured “Hey I might as well just go to everything, you know?” So I was in the mindset where I went to everything.

So. Old times MELEE-FC Diamond, half a decade ago it would be Big House 3 which started my train of dominance, and then recent times it would be Smash Summit 6. And this is for Melee.

What got you so heavily invested into Ultimate in the early stages, and do you feel like Ultimate has enough mechanics to keep people interested in the game for as long as people have been interested in Melee?

I have been watching videos. I haven’t played the game nearly enough to give an advanced opinion but I will say it is between Melee and Smash 4 but closer to Smash 4. That is like, the easiest shortest answer I can give.

It is just theory craft. Advantage state is stronger so like, in Smash 4, you are just going to recover for free because you could just do air dodge and Up B or Up B as ledge snap was too big and or recovers went too far— so for those three reasons you could recover easily.

Also juggling is like— the best they can do is try to jump away or air dodge but all of those have lag so you have to be like, tricky. But when you’re above someone or trying to recover you are in a disadvantage both times. Where as, in Smash 4, it really didn’t matter that much.

In Smash 4, edge guarding and recovery barely existed but in this game it is definitely a thing.

This is obviously just theory craft as without playing the game, you can’t tell if it will exactly play out in that way but based on theory craft alone it seems like the logic checks out.

Which characters are you most excited on getting your hands on when the game comes out? And which is your favorite newcomer?

Ok so, I will say this. All of the newcomers are very interesting to me because I love playing with new toys and stuff.

I didn’t feel like there were that many characters in Smash 4 that I could get like, really addicted to. Whenever I have a new toy to play with, I am always in the mind set of like “Oh. There is a new toy to play with. Something brand new.” and that always piques my natural interest, so I usually spend more time with newcomers.

So, I’m likely to invest in at least half of the newcomers. There are characters like Ken which I care zero percent about. I’m obviously not going to use characters like that because I don’t like the Street Fighter characters.

Pretty much all the other newcomers i’m like, not going to rule out any of them. I’m probably going to spend a lot of time with the newcomers. To me, I have always enjoyed doing that type of stuff like, even in Smash 4 I didn’t know who to use so I tried Cloud, I tried Mii Brawler, and tried to think outside the box.

I’m not going to rule out any newcomer. I’m probably going to spend a lot of time with newcomers.

Then there is the Miis which look kind of interesting and fun. Then there is the characters that I played in Smash 4 besides Cloud. I’m also going to test out Donkey Kong as I was good with him— and everyone said that Marth and Lucina would be easy.

Then I also picked Captain Falcon in Smash 4 so there is a lot of characters that I already played in Smash 4 that could transition over but I just have no idea how good they are yet.

So pretty much, in order, those are all the main things.

Even with over 60 characters in the game, is there anyone that you hope joins the roster as DLC?

In the past, these types of questions, I would probably have answered differently.

In the past, I cared a lot about the lore of the character. Like when i named myself Mew2King, I liked Mewtwo from the movie— The Pokémon first movie— when I was like 13 years old. I was like a little kid, I don’t even know if I was 13 yet.

I watched the Pokémon first movie and I was like “Oh my god that is so cool. I like Mewtwo so I’m going to call myself Mew2King” I didn’t really put that much effort into it, it was just a quick name, I never expected it to be anything more than that.

So I was like, oh Mewtwo, he has all these powers from the Pokémon movie and was really good in the Gameboy games Pokemon Blue and Red. I was like, I want to be that cool too so I just made the name Mew2King with like, no effort when I was 12 or something.

So, I cared about lore a lot back then.  But as I’ve got older and played the game a lot more, I realized that certain characters may or may not suit the way that I want to play. For example, characters like Olimar look really strong but I don’t see myself playing Olimar

Certain play-styles are not going to suit me. I always thought that Snake was pretty good but that is a style of a character that I don’t really want to play. Like, i’m not really that big on the projectiles. I like characters that will fight with big hit boxes connected to their body. It doesn’t even need to be a sword character, which is probably why I was pretty good at Donkey Kong. Falcon, Melee Sheik, Marth, Brawl Meta Knight.

A lot of characters have a similar theme to the stuff I like.

So in terms of asking for a newcomer, it wouldn’t be based on lore, it would be based on someone I think I would enjoy playing in the game.

Lastly, Piranha Plant— love it or hate it?

It is obviously hard because I haven’t even seen half their moves so it is very hard to do it based on so little information.