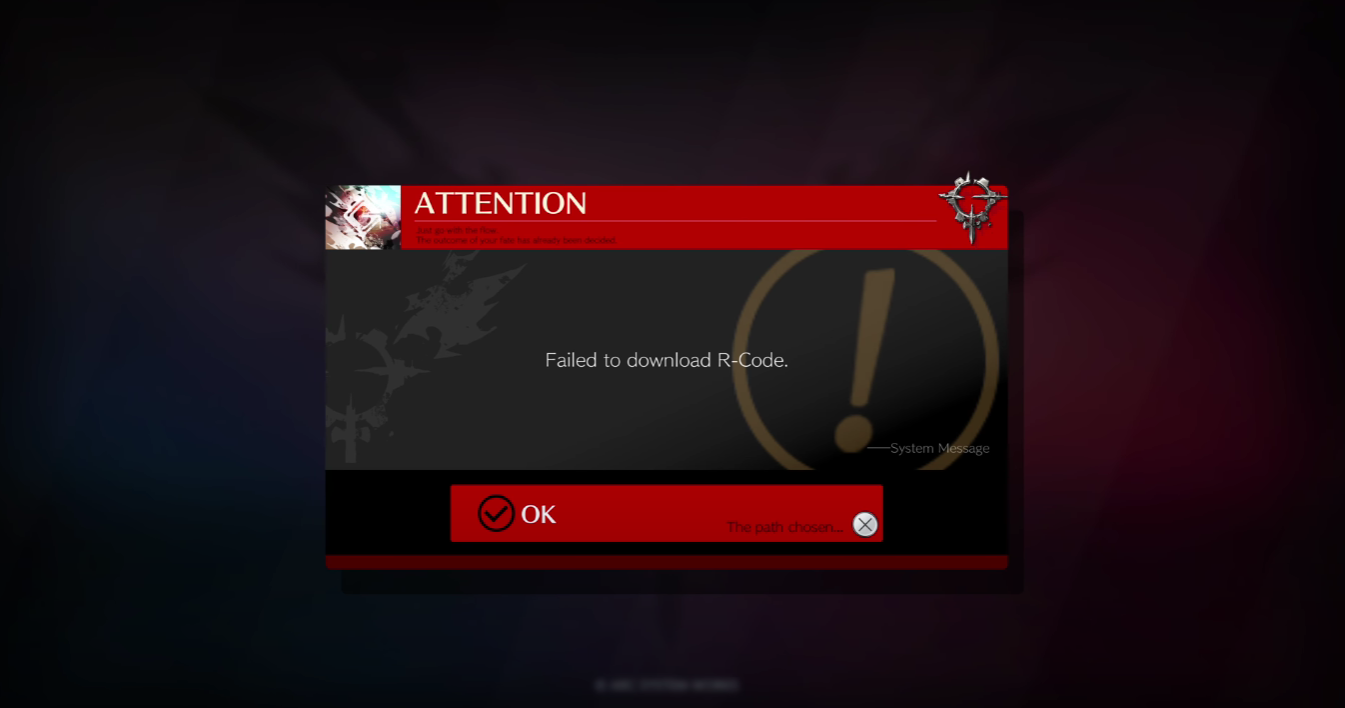 Guilty Gear Strive is hosting an open beta right now that went live for all players yesterday, though it’s actually been live longer than that for players who pre-ordered the game or those who were given early access by the developers at ArcSystemWorks.

But prior to the beta being made available for anyone to download on PlayStation 4 and PlayStation 5 yesterday, the beta client started suffering from major server issues.

ArcSys confirmed that it was aware of the problem, which made GGST unplayable since no one could connect to the beta at all, and worked throughout the day to fix it. At around 9:15pm CT on Feb. 18, the beta was live and playable again but went down again shortly after.

If you’ve seen some variation of the “Failed to download R-Code” pop up when trying to access the beta, it just means you aren’t connecting to the server.

This issue has popped up several times since the beta started, even before the server outages began. It likely isn’t caused by internet issues on your end either. Rather, it’s something on ArcSys’ server-side bouncing you from connecting.

As of now, the only real fix for this error is to keep trying to connect to the game. Some players have seen success in getting in once they retry a few times, but it’s strictly on a case-by-case basis.

If you continuously fail to connect, it’s likely that the GGST servers are experiencing a broader outage that’s affecting the entire beta client, making it entirely unplayable. You can check to see if ArcSys has noticed a bigger issue on the company’s official Twitter or the official Guilty Gear page.