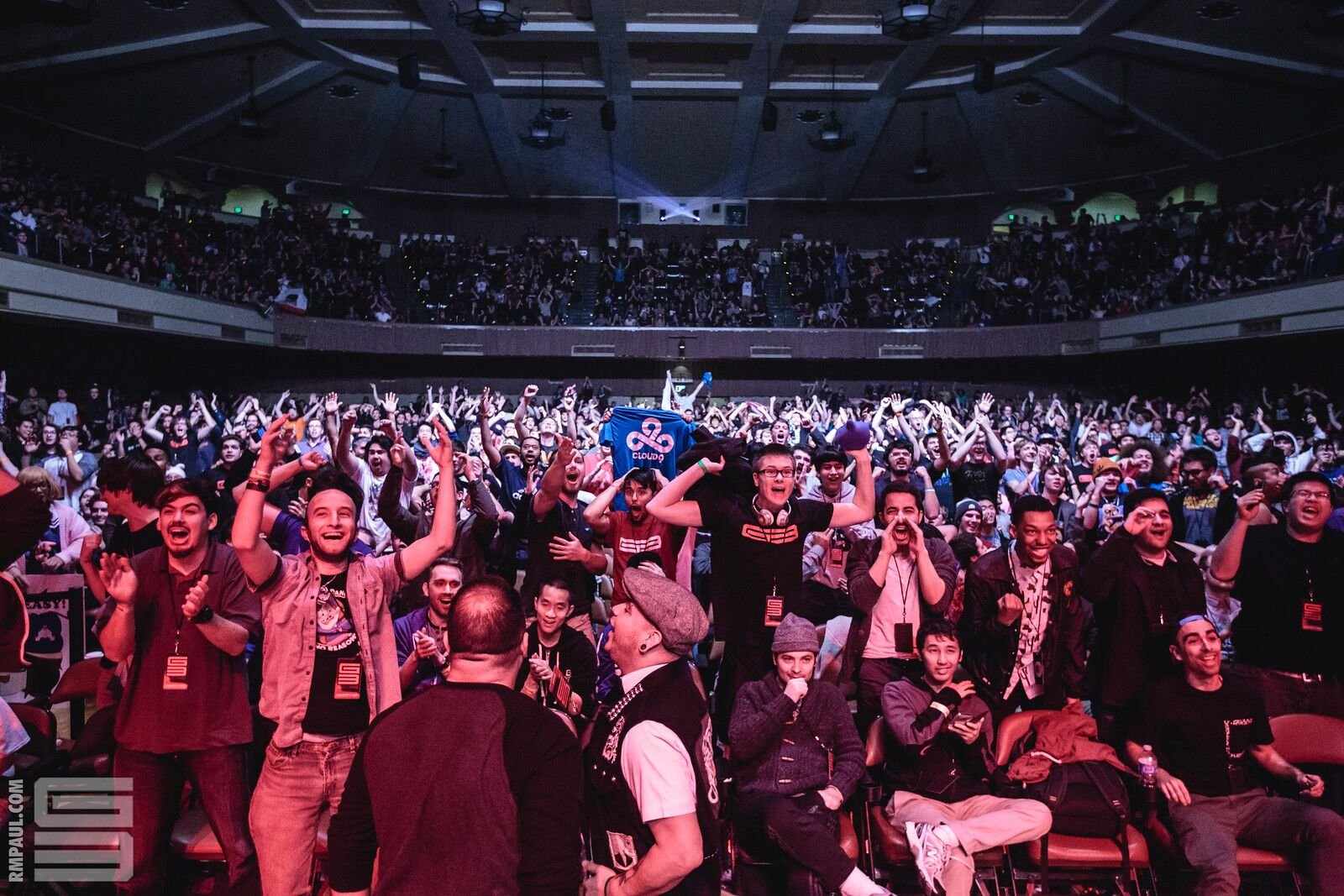 Genesis is one of the oldest and most prestigious Super Smash Bros. tournaments in the world. It was founded by some of the original figures in the Melee community to provide a tournament that was bigger than anything else happening at the time.

One of the original founders and tournament organizers for Genesis, Sheridan “Dr. Z” Zalewski, is helping take the brand outside of California as part of a partnership with gaming and lifestyle experience collective Player Omega. Starting with its first event in November, Genesis Black will host open-bracket Melee and Ultimate tournaments along with the touring event.

This will be one of the first top-tier Smash brands to actually travel to multiple cities. But before the first official event in Pomona, California on Nov. 9, Dr. Z and Player Omega CEO Jon Bukosky talked with Dot Esports to discuss Genesis joining the roster, the current state of Melee, and how this could potentially become a Smash Pro Tour.

What made you want to host a tournament in the first place? Genesis is always one of the biggest Smash events of the year, especially when it comes to Melee and the legacy behind the game. Was there any one factor that got you started or was it more of a general thing?

Dr. Z: I joined the scene around 2004 and I had been going to tournaments for a while. I felt like the tournaments in my area at the time weren’t being run very well, so I decided I wanted to try my hand at it. Pretty much since then I have been the guy in NorCal (North California) for a long time, and when 2009 rolled around, we realized no one was hosting big events in NorCal and we wanted to do something really big.

So me and the other guys got together and decided we were going to try and put on the biggest event in Smash that has ever happened. So we got together really late one night at a Denny’s and wrote down what we wanted to do, and that is how Genesis started.

When you made those plans and sat down to get the tournament outlined, what were the key philosophies that you wanted to make sure were integrated into your event?

We just wanted to do something that people in Smash had never seen before. We wanted to blow their minds and, at the time, there weren’t really any huge standards for that. So at Genesis 1, we had around 600 people and I think our event space was about 8,000 square feet, but that was just mind-blowing in 2009.

What does it mean to you that you now get to try and replicate some of the feeling behind Genesis in other parts of the world? Is there one aspect of that prospect that makes you excited?

The community has given me so much personally in my life and I feel like I want to be able to give people some of the experiences that I have had in the community. I think just using my expertise in running events and understanding what is meaningful to people when they come out to those events is something that enables me to give back. And being able to do that all over the country is just going to help everyone come out to events like Genesis and form those same meaningful relationships in the community like I have.

The Smash community has always wanted something like a yearly circuit that leads up to something, and with this, I feel like we have a real chance to put something together.

When you say a circuit leading up to something, are you referring to something like the Capcom Pro Tour?

What made Genesis the place to start with Smash? Obviously this isn’t your team’s first esport-related series of events, but was there a specific line of thought that led you to approaching Dr. Z (or vice versa)? Or was it just something that kind of happened?

Bukosky: My co-founder, Han Park, I call him one of the godfathers of American esports because he helped build ESL North America. So when we were looking at this concept (Player Omega) a couple of years ago, we already knew we wanted to have every type of game and publisher represented. But we aren’t a league, so we want to support those already-existing leagues.

Han already had a relationship with Ken Silva, Sheridan, and those guys, so he just said “let’s grab Genesis because they are respected and trusted entity by the players and Nintendo,” which is one of the hardest hurdles to get around. So the decision was made because Han had a good feeling about the Genesis team and me, being in Southern California I’m friends with (Ryan “Filipino Champ” Ramirez), James Chen, and 2GG, but Han wanted to give Genesis a shot because they already had that brand and namesake that would work really well as we take it across the country.

And digging into that respect and thought you and the Player Omega team put into picking Genesis, is there an equal level of consideration put into the grassroots scene of every event or brand you decide to pick up?

In terms of esports, everything is so big. But everyone is always just focusing on Los Angeles, New York, or Vegas and Player Omega was our chance to grab as many leagues as possible and take them across the country. We want to reach those tier-two, tier-three cities where brands like an ESL wouldn’t go individually. That is kind of how we caught up with these things whether it be Genesis or Super League Gaming, we want to make sure we go to untapped cities where the fans are at scale.

LA is great, but why doesn’t anyone go to Rock Hill, South Carolina or St. Paul, Minnesota? And that is why we wanted to do this. Everyone else is so focused on these major markets that they are missing the grassroots of the aspirationals—the amateur teams that don’t have the money to make the trip and jump into bracket in a place like Anaheim. I make sure those amateurs have their shot. I want to show that someone listens to them and someone cares about them while we as a company can spotlight the local tournament organizers when we come into town too when they normally wouldn’t have a shot at the main stage.

You look out there at the other events like Evo and CEO, they are awesome, and I don’t want to be the company that comes out and kicks the community in the shins, but those events aren’t going to go to a Louisville. Player Omega is working to give those aspiring players in smaller cities a chance to play against top players in an established league.

You obviously have a deep love for the Smash scene, specifically Melee since that’s where you started and have the most history. What’s the biggest change you’ve seen in the Melee community since you started Genesis?

Dr. Z: Everything. I mean, when you go from tournaments with less than 600 entrants to ones that have over 5,000 like we had for Genesis 6, that change in scale brings so many other things with it. Like, 600 is about the biggest you can get where you might know almost everybody at the tournament. But when you have 5,000 people there, there is just no way you can know everybody.

The dynamics of the community and tournaments as a whole change a lot once you get to that size. Basically, you end up taking care of a small city when you run these big tournaments and you end up having to think about all the attendant things that go along with that.

And I wouldn’t change anything, even though I do kind of miss those smaller events, because now we actually have a few people who can live off of playing Smash entirely. But there was definitely a more casual, more approachable aspect to everything back then compared to now. But again, I wouldn’t trade that away for people’s ability to make a living off of the game that they love.

Do you see the game continuing to evolve? We’ve heard many people talk about Melee as if Joseph “Mango” Marquez is the only player who’s still actively trying to innovate at the highest level for events, but we wanted to pick your brain about that. What are your thoughts on the continued evolution of a game that’s almost 20 years old?

I think I would dispute that because I think a lot of people are still trying to innovate. But I do think that there is a thread in the community that really started with [Adam “Armada” Lindgren] where the only way to get better faster is learning to optimize certain things about your game first before you try to get too creative. Because the biggest flaw in most people’s gameplay is failing to execute some simple things about the game properly.

So with people like [Zain Naghmi], for example, I think he embodies that with Marth. He has spent a lot of time optimizing how to play Marth, but I think he has also done a lot of innovative stuff as well. So I really wouldn’t count out the innovation side of things.