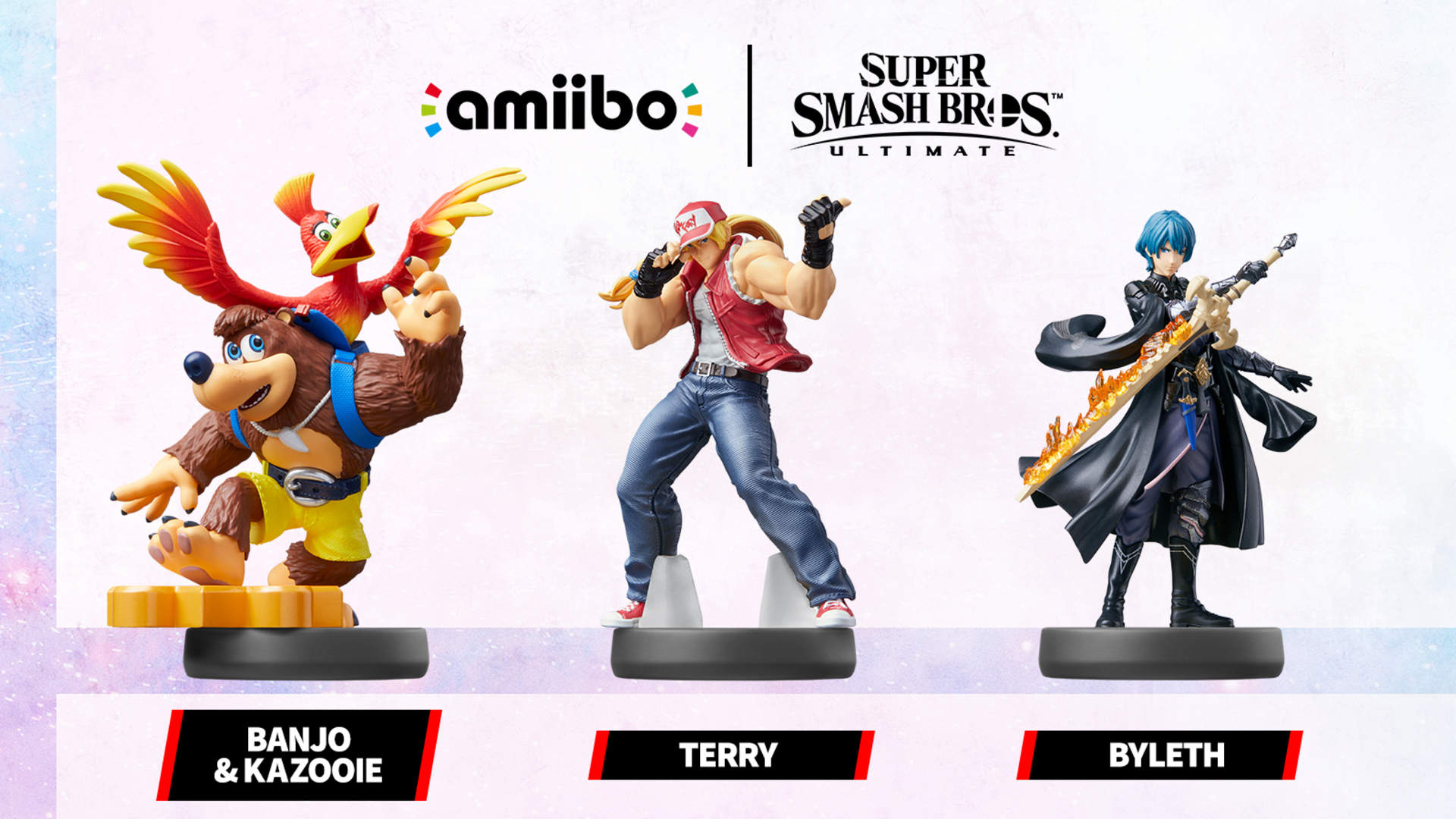 Among the various announcements for Super Smash Bros. Ultimate that have dropped over the last two days, fans can now look forward to the release of the next wave of amiibo.

As previously shown off during the Minecraft Steve showcase by series creator Masahiro Sakurai, the interactive figures for Banjo & Kazooie, Terry, and Byleth are going to be available on March 26, 2021.

This marks the final release for amiibo from the first Ultimate Fighters Pass, meaning the next three amiibo will be Min Min, Steve, and the newly announced Sephiroth. There are still three characters that will be added in Fighters Pass Vol. 2 between now and December 2021.

As many fans have pointed out, the Banjo & Kazooie and Terry amiibo are both standard, but the Byleth model looks a little off in the face. That, combined with the fact there’s only a male figure for the professor and no female option, makes that specific part of the release feel a bit rushed.

More details about pre-orders and other release information will be given closer to the actual release of the amiibo, but you can likely find them at all of the usual outlets, including Amazon and the official Nintendo store.