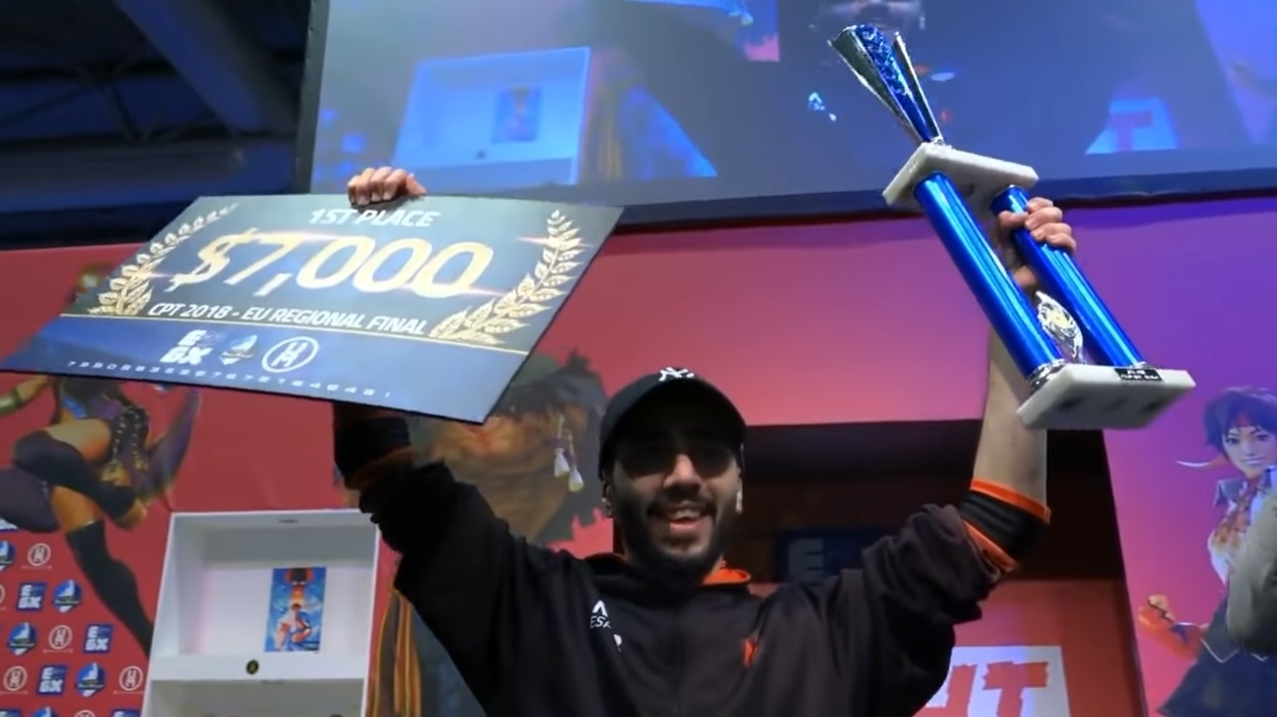 The NASR eSports duo of Adel “Big Bird” Anouche and Amjad “AngryBird” Alshalabi dominated most of the Capcom Pro Tour’s second round in East Europe and the Middle East, but it was AngryBird who came out on top this time around with a 3-1 win in grand finals.

Without previous qualifier winner Arman “Phenom” Hanjani standing in their way, the pair of Emirati Street Fighter players ran through the bracket, going undefeated in pools and in their top eight qualifier matches.

Waqas “WhiteAshX” Ali made another appearance in top cut, taking a game off of Big Bird before being eliminated in loser’s bracket, but the real standout was a Urien player from Russia named Alexey “Duwactik” Nikolaev.

Duwactik has been rising up the ranks over the last year, and his top-level Urien play impressed a lot of viewers. Despite being knocked down to loser’s by AngryBird 3-1 in the opening series of top eight, Duwactik held on and won three straight matches to reach the grand finals.

That run included an intense series against Big Bird, which was the highlight of the final day. He went on to take out the top player 3-2 before falling 3-1 in a rematch to AngryBird in the finals.

There were definite signs of lag for several players in the final rounds, which has been a constant issue across the CPT qualifiers due to how Street Fighter V plays online, but overall it was an incredible run. He is another Russian player that has stood out in this online meta, alongside the likes of Alexander “SunMate” Rodionov and Alexander “Papoi” Papoi from this event alone.

With this win, AngryBird claimed the 11th qualifier spot at Capcom Cup 2020, where he will play against the likes of Daigo “The Beast” Umehara, Bryant “Smug” Huggins, and the returning Capcom Cup champion Derek “iDom” Ruffin.