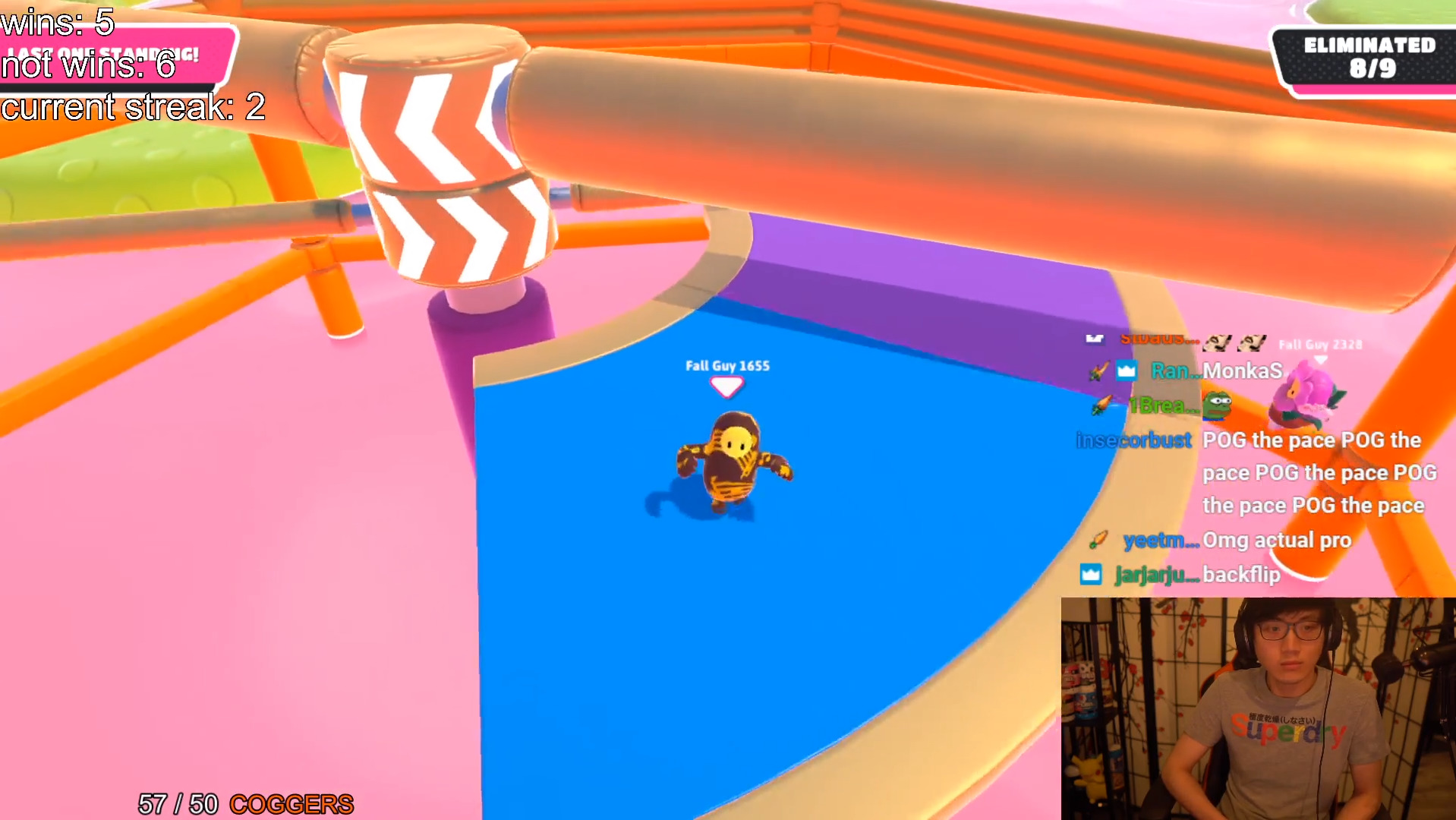 Hacking and cheating have been a serious problem in Fall Guys since its release earlier this month. Reddit has been bombarded with clips of players cheating on almost a daily basis.

Popular League of Legends streamer and former pro BoxBox put on an impressive showcase of skill when he encountered a hacker during his most recent stream.

The two went on competing for over four minutes before BoxBox was finally taken out by the beam and eliminated from the match.

After this, the streamer explained that his plan was to outlast the hacker until they disconnected. A viewer told BoxBox that this would happen after five minutes, but the speed of the beams proved to be too fast for him to survive long enough to beat the hacker.

BoxBox has proven that he’s one of the most skilled players in Fall Guys, initially recording one of the fastest Slime Climb times. Since then, the time has been beaten, but BoxBox has been consistently putting on high-level performances throughout his streams.

Cheating within Fall Guys is something that the developers have been aware of and are actively trying to reduce. In a recent post, the team said that dealing with cheating is one of its highest priorities and it plans to begin taking more immediate action against offenders.