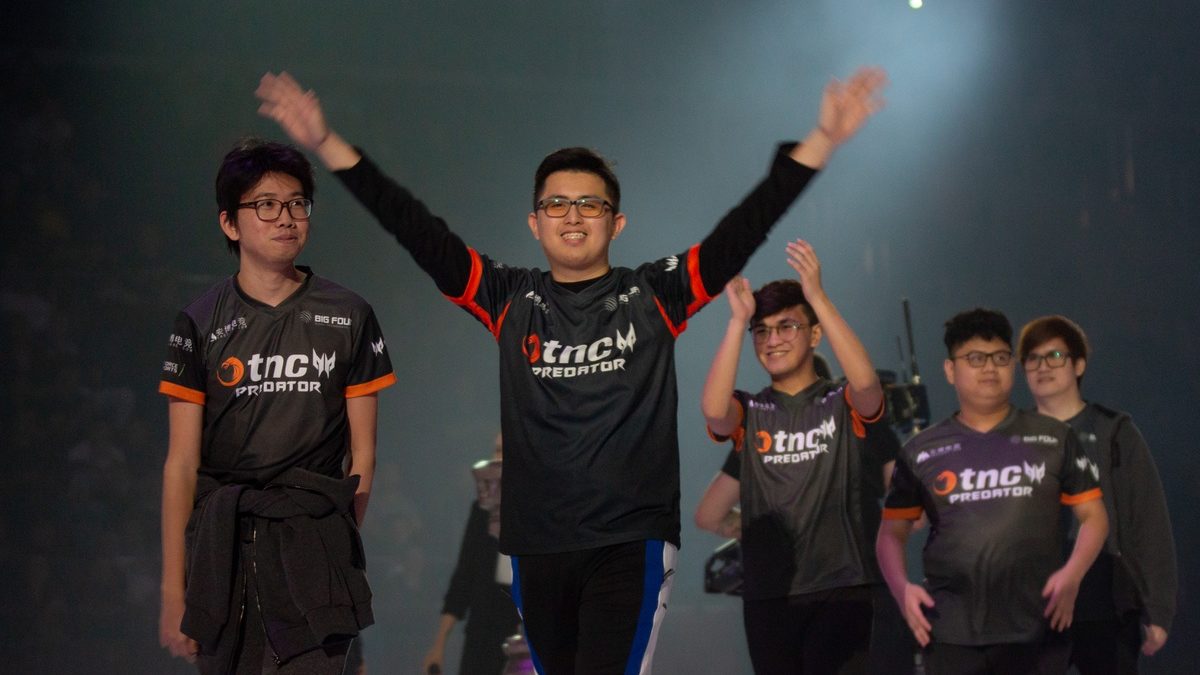 TNC Predator cleaned out Team Liquid in a 2-0 sweep to secure themselves an upper bracket slot for The International 2019 main event.

Game one was a slugfest as sloppy plays from both sides dragged the match out. Liquid actually got off to a great start, with Maroun “GH” Merhej scoring first blood on Crystal Maiden. He proceeded to get another three kills within the first five minutes of the game, putting together a dominating streak.

Amer “Miracle-” Al-Barkawi made several uncharacteristic mistakes on Storm Spirit, forcing the issue too much and paying the cost whenever TNC’s Skywrath Mage silenced him. He quickly slipped down the net worth chart, slowing down his item progression massively.

Liquid’s aggression and initiation was dependent on Miracle, and with every fight that he died, TNC clawed their way back.

Once Kim “Gabbi” Villafuerte farmed a Radiance on his Lifestealer, TNC took down several objectives with the help of Chen. Their cores proved impossible to kill, and they stormed up Liquid’s high ground to secure mega creeps for themselves at 56 minutes.

However, Liquid managed to hold on thanks to the insane ranged damage output stemming from their Drow Ranger’s aura. They spent nearly 25 minutes inside of their base, slowly climbing out of the hole that they dug themselves into early.

In the end, TNC were simply too far ahead. They took their time, as they needed 14 more minutes to close out the game, but they managed to take down the Radiant Ancient at 70 minutes despite Miracle finally stepping up and playing well.

Game two was a statement showing from TNC as Liquid went out with a whimper. TNC racked up a total of 47 kills in only 36 minutes, and Liquid’s players simply couldn’t stand up to that ultra-aggression. Taking down objectives and killing heroes seemingly at will, Timothy John “Tims” Randrup showed why he’s one of the best position fours in the game, outplaying Liquid constantly.

Lee “Heen” Seung Gon has proven to be a big difference-maker for TNC Predator.

Heen was previously Liquid’s coach for their TI7 championship run and has brought some much-needed stability and experience to the young Southeast Asian roster. TNC have never lacked skill, and a good coach has catapulted their standing as a premier team.

This result already confirms that TNC will finish with a better result than their TI8 run. TNC bowed out dead last a year ago, and an upper bracket berth means that the worst result they can get will be 9th to 12th. The Filipinos will also secure more than $600,000 in prize money at TI9 just by making it this far.

Liquid, however, will start the main event in the lower bracket. The TI7 champions’ star has definitely faded, and they will have to find their winner mentality quickly.

TNC have taken games off top-tier teams like Team Secret and PSG.LGD in the group stage, and will feel confident about their chances in the main event as they strive to be the first Southeast Asian team to ever win The International.