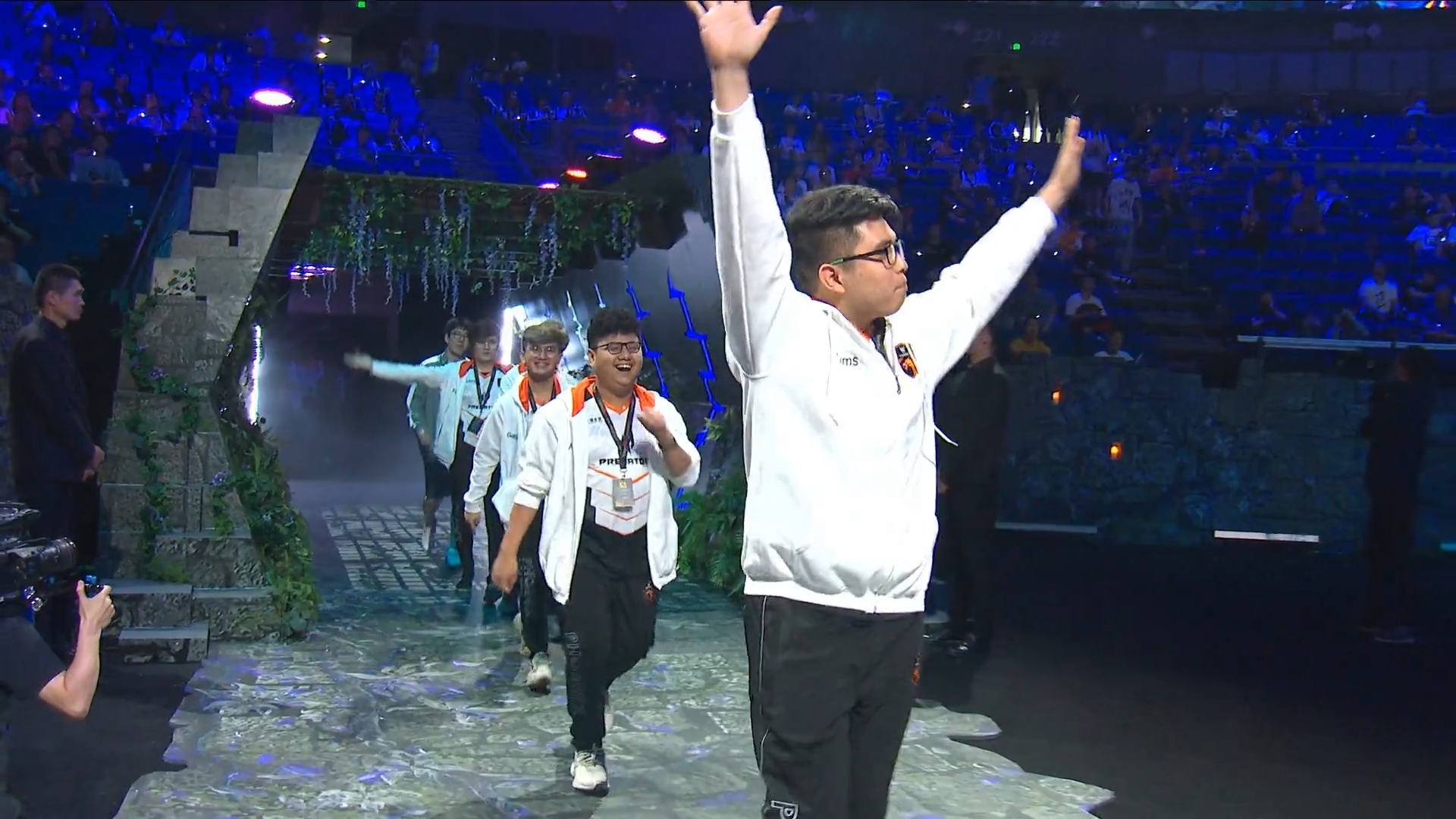 Before their opening series against Vici Gaming even began, TNC Predator were already getting the worst of the Chinese crowd’s ire at The International 2019.

This wasn’t a surprise considering the past situation with Carlo “Kuku” Palad that resulted in him getting banned from The Kuala Lumpur Major, but the crowd was quick to show that they hadn’t forgotten about it. Kuku and TNC were booed by the TI9 audience when they were introduced today.

At the start of the 2018-19 Dota Pro Circuit season, Kuku posted a message containing the phrase “ching chong” in the live chat of a Dota 2 match to taunt his Chinese opponents. That racist remark made waves in the news and resulted in his ban from the Kuala Lumpur Major in January.

The local Chinese government was prepared to block Kuku from entering the city if he was allowed to compete, but Valve stepped in and officially banned him.

Valve also docked 20 percent of TNC’s DPC points at the time for “poor decision making” and allegedly “covering up the situation.” Kuku’s ban from the Major was a big hit for the team, but they bounced back soon after and Kuku rejoined the squad a month later.

Following that ban, TNC had a few rough months of competition before jumping back to an incredibly high level of play at the EPICENTER Major in June. That was enough for TNC to secure a spot at TI9 in Shanghai.

Before rumors could circulate, Valve confirmed that Kuku would be able to compete at TI9 despite the previous issues. But once he was inside an arena full of Chinese Dota fans, TNC were the only team that got booed when introduced.

Some botched camera work and calling a few teams out of order made the opening ceremony a little hard to follow, but TNC were still jeered by the fans.

This situation doesn’t mean much in the long run, but it’s clear from how the crowd reacted when Vici caught Kuku in a bad spot in game one of their match that they haven’t forgotten his comments.

The Dota 2 subreddit features a mix of fans saying this is what TNC deserves after Kuku’s comments and others joking that the ultimate karma would be TNC raising the Aegis of Champions. But there are still several days left of intense matches at TI9 before something like that can happen.