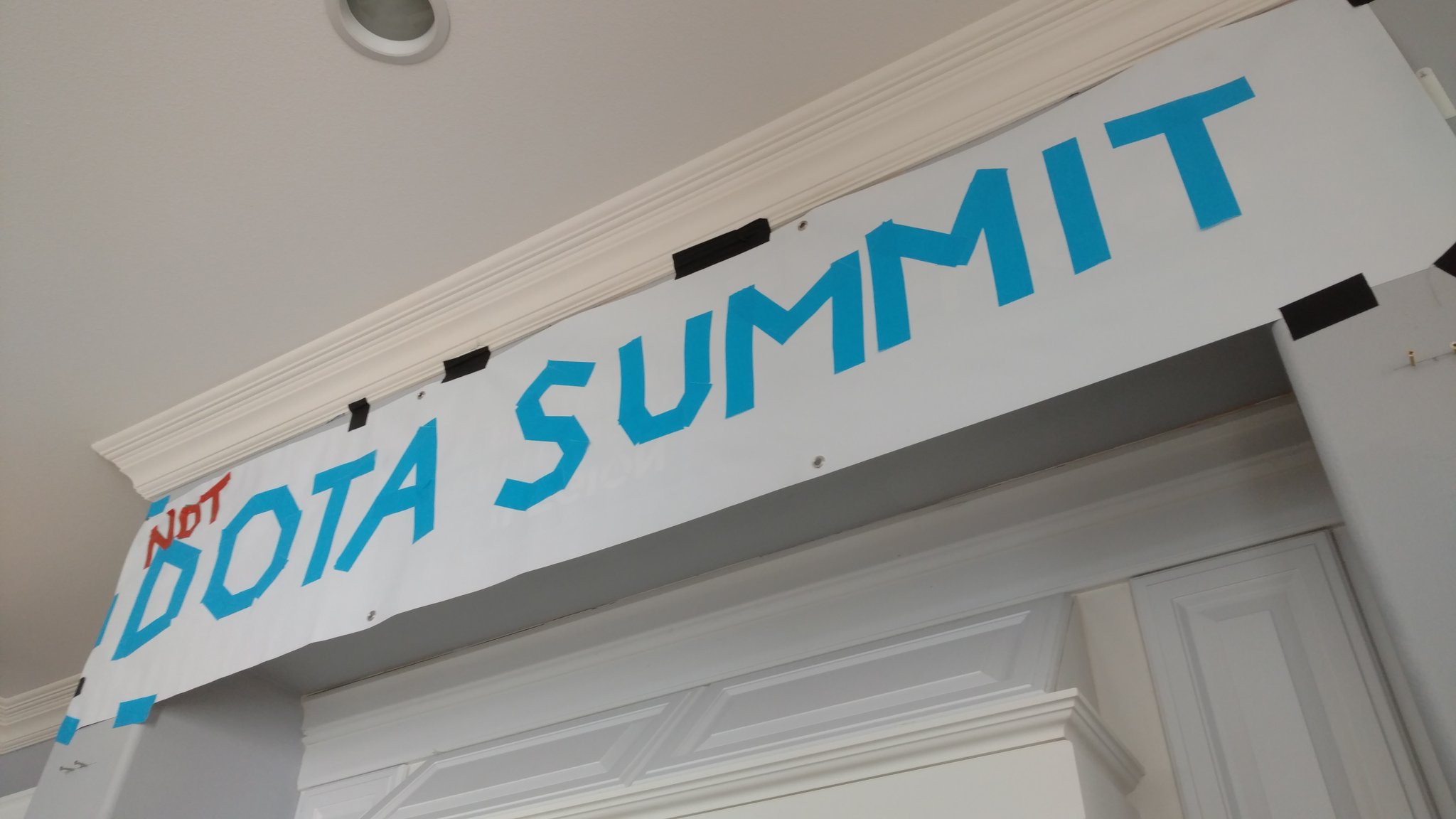 After several days of competition, the dust has settled on the group stage of the substitute event, I Can’t Believe It’s Not Summit.

In place of the postponed DotaSummit 10 that moved from its normal early December timeslot into 2019, I Can’t Believe It’s Not Summit sprouted up to fill the void in some capacity. Six teams joined to compete in the online event to close out the 2018 year for competitive Dota 2.

Since the event is held online, the casting and replays are done in a much more casual way, leading to a comfortable “friends on the couch” environment that made the group stage feel like the competitors were friends who just decided to play together. And throughout that stage, three teams really stood out.

The first squad to leave their mark on the tournament was the ragtag team of NoPangolier, who opened the first day with two sweeps against Alliance and Happy Guys. That put them in first place heading into the second day of matches.

Day two saw them in the opening match again, this time splitting the series against second-place TSpirit. They managed to hold onto their top seed for a second straight day by coming back later and beating Team Empire Hope 2-0 to improve to 7-1 with only one match remaining.

For the third straight day, NoPangolier were featured in the first match, going 1-1 against a struggling Vega Squadron. Despite not finishing with a sweep, the other results still led to them claiming the top seed heading into the playoffs with a field-best 8-2 record.

Another impressive showing came from one of the two teams that was able to force NoPangolier into a split: TSpirit. Their first day went relatively well, sweeping Vega and then coming out of a tough series against Empire with a split. They were well rounded in their matches and held the second seed rolling into day two.

Kicking off their third series with a split against NoPangolier was great for their standing, but they failed to capitalize on an extremely-close set against Alliance. The pair of splits set them at 5-3 in the bracket as they held onto their second-place spot.

After completing a sweep of HG, all TSpirit needed to do was hope Alliance lost one of their four games so that they’d walk out of day three in the second seed. Unfortunately for them, it seemed Alliance put their game together to close out the tournament as they swept Vega and Empire, leaving both teams tied at 7-3.

As a result of Alliance’s outstanding end of stage performance, TSpirit were forced into a tiebreaker against the European mainstay. The placement decider was only a single game, but TSpirit looked pretty strong throughout. Alliance couldn’t counter anything their opponents threw at them, and over time, those failures added up.

In the end, TSpirit will share the upper bracket with NoPangolier, while Alliance took the third seed and joined Empire, Vega, and HG in the lower bracket. The playoffs will run through Dec. 16 with the winner taking home an undisclosed prize.