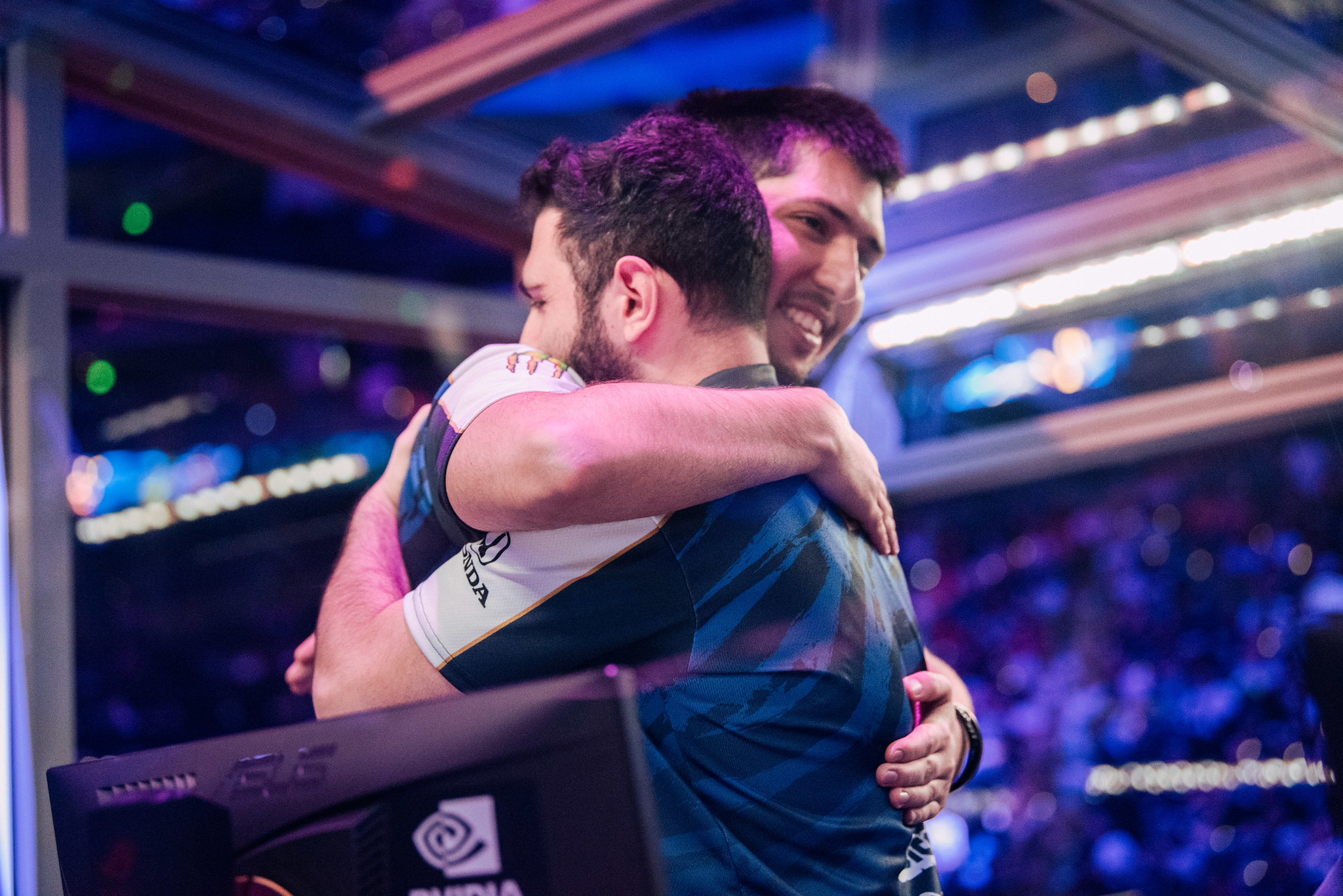 Team Liquid and OG both turned around messy seasons to completely dominate the main stage of The International 2019, setting up a clash between European juggernauts in Shanghai.

The TI7 and TI8 Champions will battle it out in the grand finals of TI9, where the first-ever two-time Dota 2 champs will be crowned.

OG came into their second straight TI as an underdog after having a poor showing in the Dota Pro Circuit, only competing in two Majors and not placing well at either. Even after Anathan “ ana” Pham returned to the roster, they didn’t look like their dominant selves.

It wasn’t until they reached TI that OG really put it all back together, standing tall and battling with their hearts and experience on full display. A 14-2 run through the group stage silenced the doubters as they stormed into the upper bracket of the main event with all the confidence in the world.

There were a few scary moments against Evil Geniuses and PSG.LGD, but OG fought their way back into each of those series and performed perfectly to make two different comebacks. That secured them a spot in grand finals for the second straight year.

This is the first time in Dota 2 history that a full, five-man roster that won an International and been back in the finals the next season. Ana, Topias “Topson” Taavitsainen, Sébastien “Ceb” Debs, Jesse “JerAx” Vainikka, and their captain Johan “N0tail” Sundstein already made history once, and are looking to do it once more.

Team Liquid had a better regular season, but after the team started stagnating in their playstyle, Kuro “KuroKy” Takhasomi made the decision to make their first roster move since winning TI7. Lasse “MATUMBAMAN” Urpalainen was replaced by Aliwi “w33” Omar very late into the season, which had many doubting that Liquid could pull things back together.

They shocked a lot of those doubters by taking second at the EPICENTER Major, but they had an awful start at TI9 just two months later.

Going into the third day of the group stage, Liquid were facing elimination at one point before they secured a series win over Keen Gaming, another team that was fighting for their lives. Finishing out with a 6-10 record, they squeaked into the lower bracket before finally flipping that switch.

After surviving the elimination game against Fnatic, they proceeded to sweep TNC Predator, EG, Team Secret, and then broke through the wall that is LGD to make it all the way to the finals. The incredible 11-1 run was an unexpected turnaround, but Liquid is such a strong team that the narrative fits perfectly.

Amer “Miracle-” Al-Barkawi, Ivan “MinD_ContRoL” Ivanov, Maroun “GH” Merhej, and KuroKy are gunning for their second Aegis in three years, as w33 looks to win his first after losing in the grand finals of TI5 with Digital Chaos.

By the end of TI9, OG will be the first back to back International Champions, or Liquid completes another insane lower bracket run to win their second TI, Either way, the first multi-time winner will be named at The International 2019.