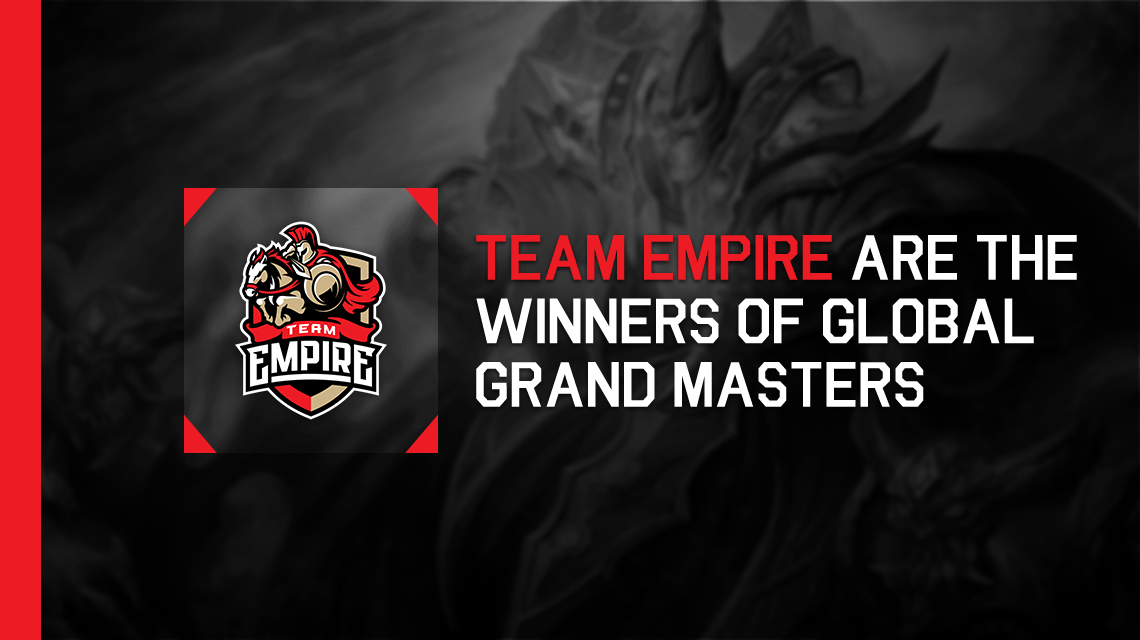 Team Empire managed to defeat Vega Squadron in a best-of-five grand finals to win the Global Grand Masters Season One title in Dota 2 and $25,000.

Empire proceeded to defeat Power Rangers and then Alliance to advance to the grand finals against Vega Squadron. Vega Squadron made an impressive run in the losers bracket after losing to Alliance in the winners semifinals. They were able to defeat Escape Gaming and Power Rangers to set up a rematch against Alliance, and this time, Vega Squadron got their revenge with a 2-0 victory, sending themselves to the grand finals to face Empire.

Team Empire entered the finals with a one game advantage, having come from the winners bracket final. Thus, they only needed two wins to become the champions, which they got, closing the series with a 3-0 score.

This is the second title Team Empire has won in 2016 after the BTS Europe #2 in February.

Will this win build up confidence for Team Empire and lead to more victories? Share your thoughts in the comments below or tweet us @GAMURScom.