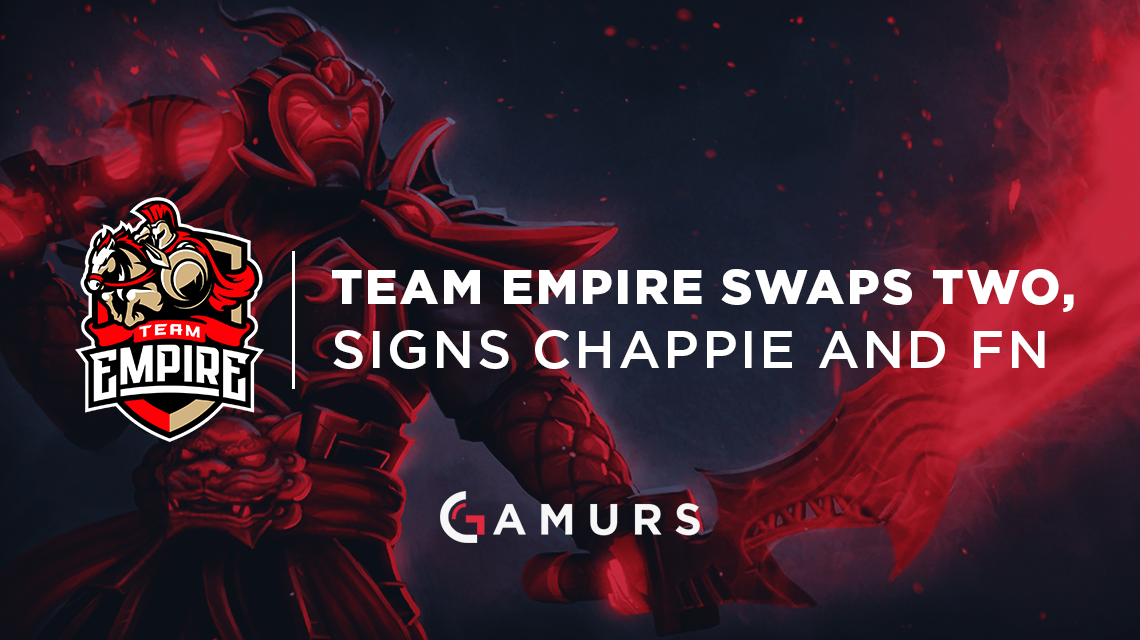 Team Empire officially removed Ilya “ALOHADANCE” Korobkin and Sergey Alexandrovich “G” Bragin from their roster, while bringing in former Vega Squadron member Rostislav “fn” Lozovoi and carry Vladimir “Chappie” Kuzmenko, according to an announcement on the team’s website. CIS scene veteran G will be moving to Vega Squadron, while ALOHADANCE will continue to play under the mix-team of F.R.I.E.N.D.S (former TI6 Qualifier Virtus.pro roster).

Although both Chappie and fn offer a degree of raw and more unmoulded carry potential, they also bring an aura of infamy as well. While only rumors have circulated over the mindset and in-game interactions of Chappie, fn was implicated in an incident back in late 2015 that saw him exchange (apparently, I can’t read Russian) a heated back-and-forth over game chat with a commentator following an in-game pause.

While this helped further stigmatize his name to the community, his ability to carry games is clear – especially with his famous Slark plays. Hopefully, the inclusion of these two rising talents will be the helping hand that allows Empire to start making a real impact domestically and then setting their sights abroad.

The full lineup can be seen below: