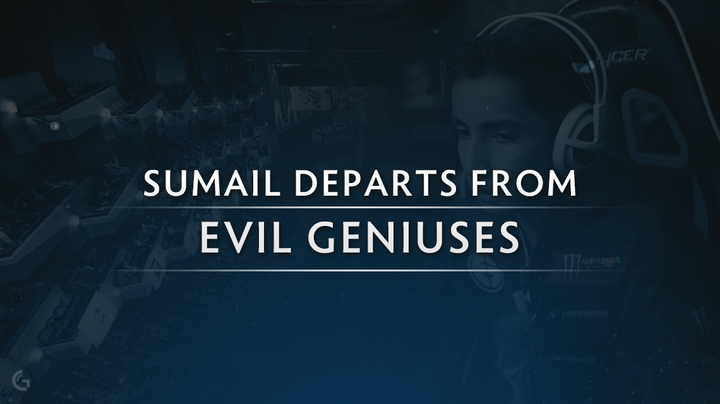 One of the youngest and mosttalented players in Dota, Sumail “SumaiL” Hassan,has departed from Evil Geniuses. He was with the team for morethan a year. The news of his departure has not been officiallyreleased by the organization. It was found out through theregistration database for the upcoming Dota2 Major where his status says “Left the team” under the actioncategory.

SumaiL is most well known asbeing one of the youngest players, at the age of 17, to go to twoInternationals, where he placed top-three in both. Other than theiraccomplishments at the both Internationals, he has helped his teamplace first in two other majors and third in the other twomajors.

From this point on, the youngstar will now be on the market to join a team. As of now, it isunclear what teams he is fielding offers from or if he willjust wait to join a team until around the roster drop lock date ofSept. 4.

What do you think SumaiL’s next move will be? Let us knowin the comments and make sure to follow us on Twitter, @GAMURScom, forlive coverage and other esports content.