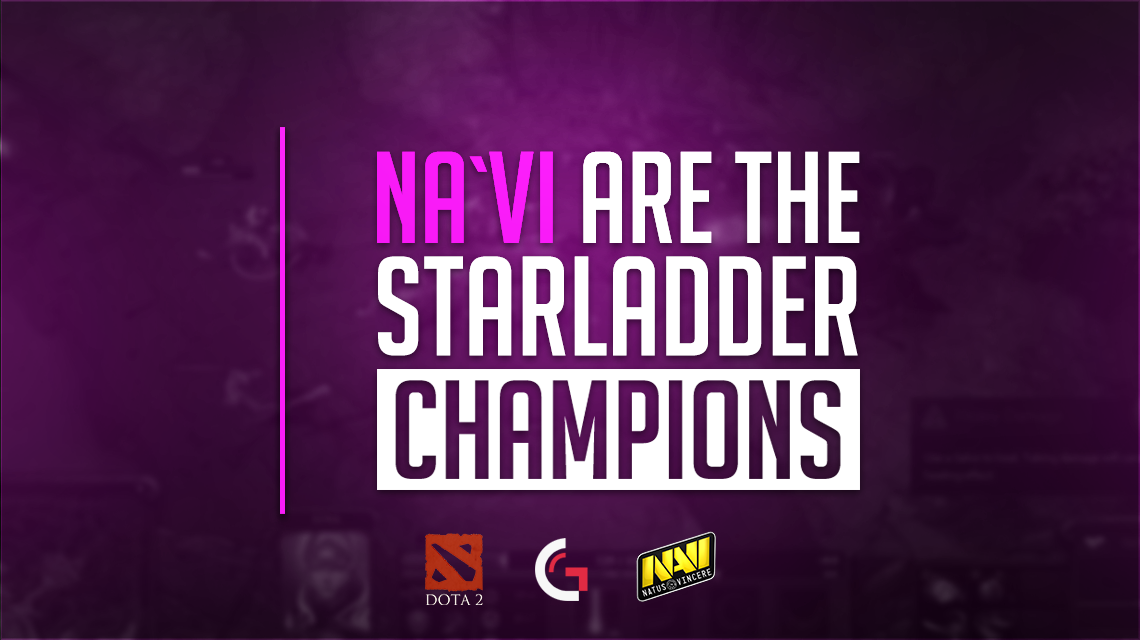 Na`Vi is back. After almost two years without a major title, the Ukrainian organisation came back to take the StarSeries title and $135,000 after winning over Team Secret in the grand finals.

The road to victory was not an easy one, as they had to face a lot of tough opponents. Their first game in the upper bracket was against Fnatic, whom they managed to defeat with a 2-1 score. They then proceeded to win with a clean 2-0 against TI5 Champions EG, advancing to the winner’s bracket finals against Team Secret. This time, they fell short of the expectations and lost 2-0 against the dominant Team Secret, only to face and triumph once again over Fnatic 2-0 in the loser’s bracket.

It was now time for Na`Vi to avenge their previous loss, even though the odds were against them and they were considered the underdogs. The grand finals started with Team Secret taking the first game, reducing the chances that Na’Vi would recover. Nevertheless, after a tense game two, the Ukrainian organisation managed to snap the victory and tie the score 1-1. Having built up some confidence, Na’Vi then went on to shutdown Team Secret, winning with a final score of 3-1, taking the most desired title back home.

Just a few weeks before The International 6 begins, this comes as a relief for Na`Vi and will definitely help enhance their confidence. Who knows, maybe we will witness the first time a team wins The International for the second time in the history of DotA 2.