Mineski bounce back, clinch spot at The International 2019

A troubled team finally finds their success when they needed it most. 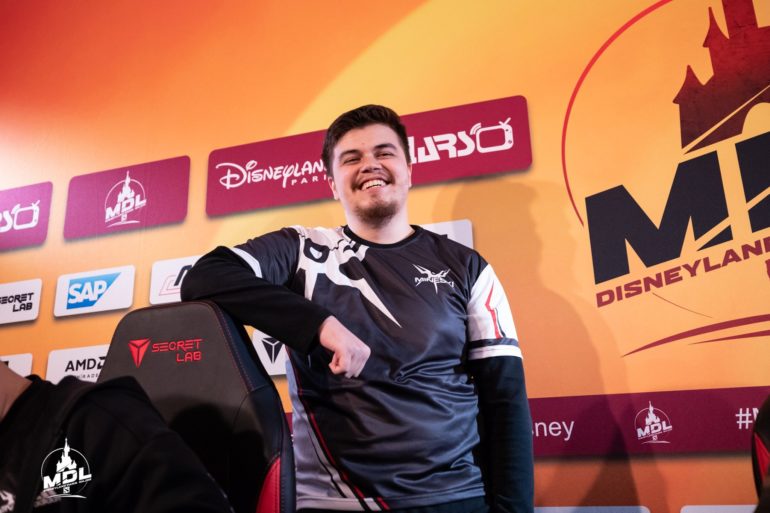 Early exits from Minors and Majors, and huge roster turnover couldn’t stop Mineski from turning their season around and claiming a spot at The International 2019.

After Fnatic and TNC Predator made it into TI9, Southeast Asia looked a little bare when it came to teams with any type of experience at the highest level of Dota 2. Mineski and BOOM ID were really the only favorites, but that got shaky once things actually kicked off in the regional qualifier.

BOOM ID had a horrible showing for what their goals were, going even on day one and then bombing out after a 1-2 day two. Things looked up at the start after they easily took down Mineski, but it fell apart after that.

Mineski, on the other hand, was in serious need of a rebound following their many disappointing results at recent DPC events. They were so close to making it into TI9 with a direct invite, but low finishes at the MDL Disneyland Paris Major, DreamLeague Season 11, and a terrible loss to Team Sirius at the StarLadder Ukraine Minor made that impossible.

They didn’t skate through the group stage easily either, dropping three matches and barely slipping into the next round at 4-3. That is when they ran into the stacked roster of Team Jinesbrus.

Jinesbrus is a team that features several veteran Dota pros that couldn’t fit into a roster prior to TI9 qualifiers. Players like Kim “Febby” Yong-min, Nuengnara “23savage” Teeramahanon, and Nico “Gunnar” Lopez teamed up and decided to take their stack to the SEA, likely to compete in a weaker qualifier.

The combined experience of that squad impressed early, going 6-1 through groups to take the top seed, but Mineski ended that run cold. A 2-0 sweep that took less than 50 minutes in total had Mineski move on to the next round.

They then took down Team Adroit 2-1 to put themselves one win away from making it back to The International. Jinesbrus returned to face Mineski again after eliminating both Adroit and Team Amplify in the lower bracket. This series was extremely close and nearly saw Mineski trip at the finish line.

Thanks to some excellent execution by Nikolay “Nikobaby” Nikolov on Skeleton King and Kam “Moon” Boon Seng on Lina, Mineski lived to force a decisive final game after falling behind 2-1.

The fact that Mineski somehow pulled out a win in game five is incredible considering how outmatched they looked during fights early on. Kills were fairly matched throughout the game, but it really came down to see if the mix of 23savage’s Gyrocopter and Jinesbrus’ other damage dealers could start confirming more kills.

Jinesbrus had an insane 12K in hero damage spread between just three of their players, but that didn’t translate to the kill advantage they needed to seal the deal. Mineski was always able to stay in the fight.

Moon’s Death Prophet was a key component in evening things up late and Mineski destroyed the Jinesbrus defense to deal the final blows to their Ancient. With that done, Mineski completed their redemption arc and are now back among the elite at TI9.

Mineski was the first team to claim a regional spot for The International 2019 and will compete against the likes of Fnatic and TNC in Shanghai starting Aug. 15.