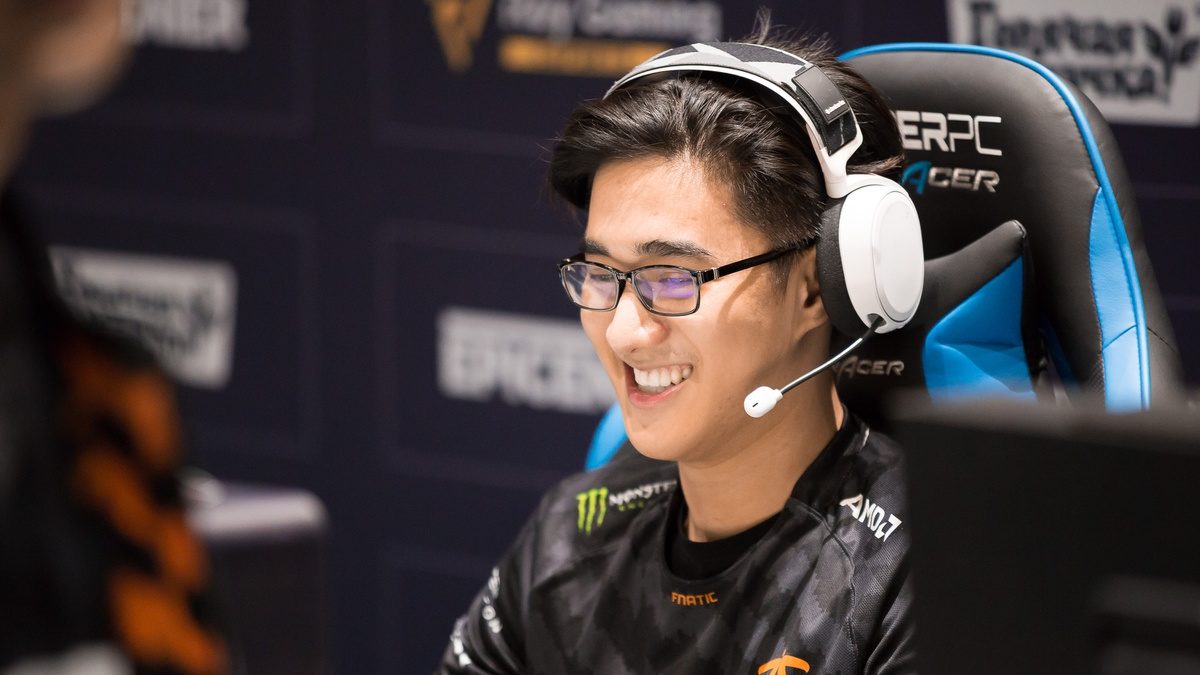 Fnatic keep their upper bracket dreams alive as they defeat Royal Never Give Up 2-0 during day four of The International 2019.

Two breathtaking performances by Fnatic’s mid lane phenom Abed Azel L. Yusop proved to be RNG’s kryptonite as both teams will head to their last series of the day, with RNG in danger of being eliminated.

RNG got off to a hot start, dominating the game thanks to Gao “Setsu” Zhenxiong’s Pugna. After two days of poor showings, Setsu looked like a man reborn as he crushed the lane against one of the best Southeast Asian laners in Abed.

The early game was disastrous for Fnatic. Only Fnatic’s offlane Abbadon had a good lane, as both their Gyrocopter and Storm Spirit fell constantly to RNG’s Enchantress and Pugna rotations. Coupled with the classic support duo of Ancient Apparition and Earthshaker, RNG gave no quarter as Fnatic struggled to keep themselves in the game.

RNG headed into the Roshan pit to secure Aegis and the game, but Abed proceeded to pull out the play of the game, snatching both the Roshan kill and the Aegis, Fnatic’s mid laner single-handedly kept Fnatic in the game.

The crucial play meant that RNG was unable to break the high ground, and was instead forced to continue farming on their Lifestealer. Less than 10 minutes later, Fnatic smoked out and caught RNG with their pants down, resulting in a team wipe and a GG call from RNG.

The second game started on the other foot, with Fnatic in commanding lead from the start. Abed was on Storm Spirit again, this time dominating the lane against Setsu’s Kunkka and even getting a solo kill.

After Fnatic’s 2-0 loss to OG yesterday, the SEA all-stars seemed to have lifted a page straight off OG’s playbook. Running down a list of team fight items and purchasing them all, Fnatic proved to be a brick wall that RNG kept running their heads into.

The series was truly an Abed show. The Fnatic mid laner put on two picture-perfect exhibitions of Storm Spirit. The first game was a midnight Storm Spirit showing, pulling off fantastic rotations in the late game after Fnatic absorbed the early game pressure.. The second game was a start-to-finish spectacle, with Abed dominating his lane and making moves all over the map, clearly showcasing Storm Spirit’s capabilities.

Fnatic and RNG will head into their second and last series of the day in Group B against Virtus.pro and Infamous respectively. All four teams still have a chance at the upper bracket but RNG’s two losses puts them in danger of elimination.They need one win to stave off that possibility, but it will be a tough ask against the unpredictable Peruvians.

Catch the last day of The International 2019 group stage live with us!