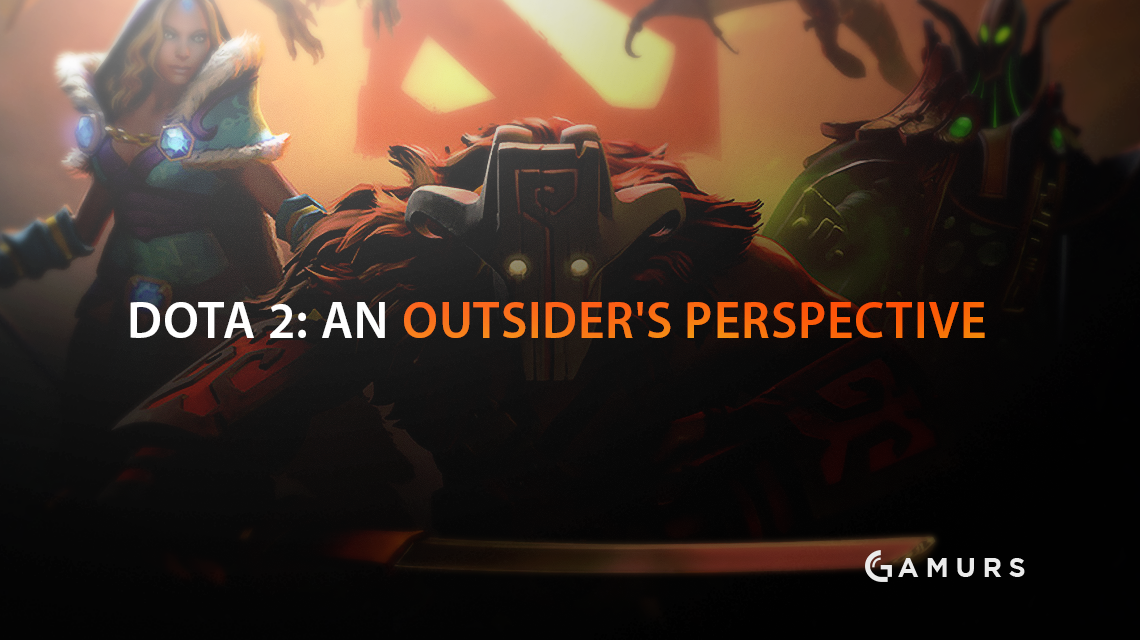 This week, I should have been in Malaysia. But due to some rough communication skills on multiple levels, a language barrier or two and a lack of vaccines, I’m not. However, in the lead up to this trip, I poured hours into learning as much as I could about the game Dota 2, its competitors, and everything else in between. I even sat down for two hours, writing notes while listening to @Carno_ talk me through stuff (he’s a great guy by the way, really knows his stuff).

So after writing two articles this morning, I’m sitting at my desk listening to some music with a blanket wrapped around my legs because I’m cold. Suddenly, I realized, “man, Dota 2 seems so complicated, and yet you can really do anything in it.”

Most of the characters can do whatever you want them to do, to a certain extent. It’s like when you were a kid (talking from my own experiences) and you wouldn’t have enough green army men to fight the beige army men, so you just pretended that they were deserters or something and carried on playing.

While I was speaking to Carno, he taught me that some heroes can fit anywhere in the early game. There are heroes who can handle themselves and not have to be worried about taking a one-on-one fight in the early stages of the game, such as Huskar, Dazzle and Oracle, who were highlighted to me as popular picks.

Carno recommended an amazing article that really helped me. It is called “Welcome to Dota, You Suck.” This guide taught me stuff I didn’t even know existed in Dota, such as the Denial mechanic. During the laning stage, it isn’t just about one clicking the creeps that are on low health. “If they last hit one of their creeps instead of you, it’s called a deny and an exclamation point will appear over the creep’s head, showing that the creep was denied. When a creep is denied, it gives less experience than it would have, and there is no chance to receive the gold bounty.”

If you are new to Dota, I’d highly recommend checking out that guide.

I have come from a console esports, and until around a year ago, a predominantly Counter-Strike focused background. So, it was quite a shock to go from looking at cool, end on stages with flashing lights and the occasional pyrotechnic, to huge open spaces with a live projection of the map on the floor space, holograms to show the heroes picked in front of the players and $20 million prize pools.

To show my minimal knowledge of everything Dota, because of TI6, I watched Pyrion Flax on the Civilization channel for around one year and it wasn’t until I saw a replay of The International that I saw him at the event.

During my conversation with Carno, he tried explaining to me how each of the world regions fit into Dota 2. Just like in CS:GO, EU is at the top, but so is China. Chinese organizations often have multiple teams competing in the scene at once. North America is the third best region, and generally, South East Asia is the weakest. However, the lower tiered regions are said to try more “puggy or pubstompy” heroes to try and close out the game as aggressively, and in turn, as quickly as possible.

No matter the region, there is a hero draft that suits the talents of your team members, so everyone always has a chance. With over 100 heroes to choose from, you’d think that some of them wouldn’t get used. However, at Ti6, a record breaking 104 heroes were chosen and it is said that the remaining six were in the wheelhouse of the event winners Wings Gaming.

Will I Watch Dota 2?

Sure, I’ll watch The International, but I do not think I could keep up to date with all the stuff in Dota and still keep a good knowledge of CS:GO and CoD. But I’m for sure going to watch it next year. That game seems fun even if I don’t always know what is going on and I can always get behind an organization I recognize. In all honesty, I think from the small amount of what I watched and played, I think I prefer Dota over League of Legends.

What were your earliest Dota memories? Let me know in comments below or by sending me a Tweet @GAMURS_tnm. I what to give another huge shout out to @Carno_, he really helped me out, he definitely knows his stuff. For more Dota 2 related articles and more, make sure you are following us on Twitter @GAMURScom.