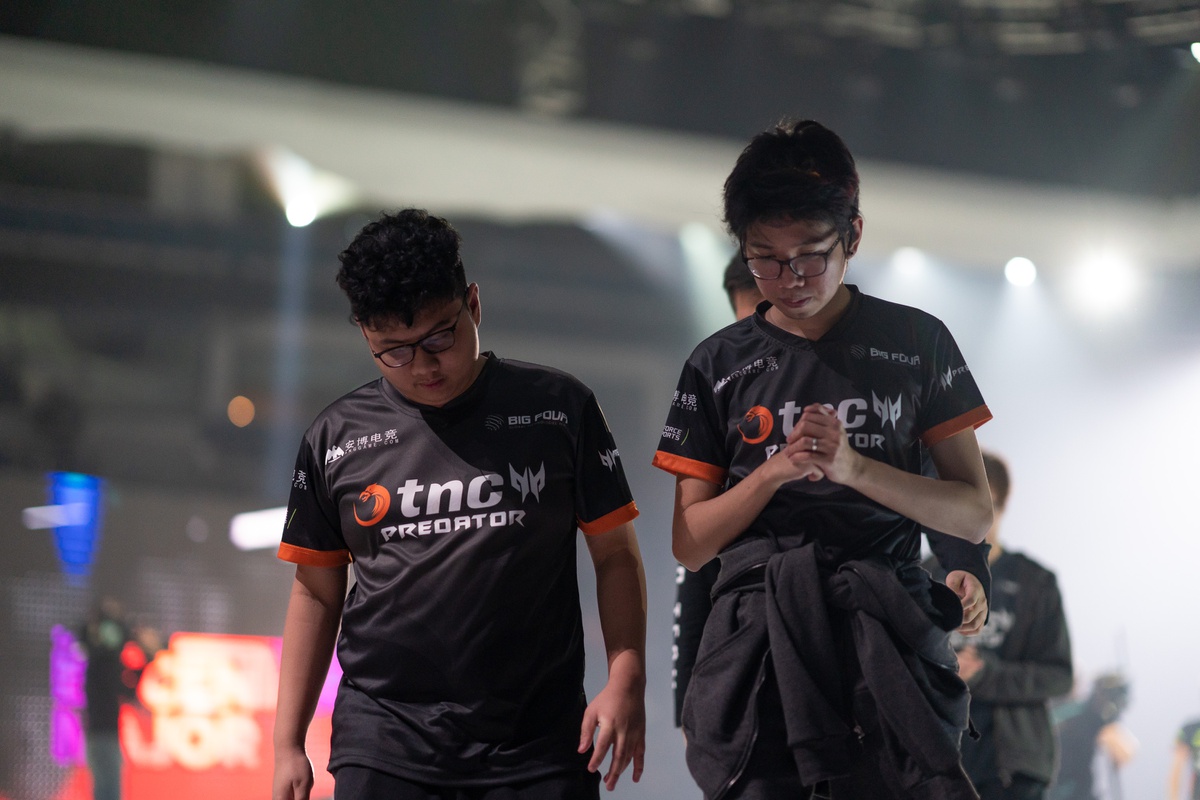 Chaos Esports Club has been struggling since the start of their run at The International 2019, but in an absolute brawl against TNC Predator, they managed to pull out a win after playing for 86 minutes.

Game one was a fairly even match with both sides keeping the other from taking a huge lead until TNC absolutely blew past Chaos in after taking several key kills.

Forty-three minutes in, TNC broke away behind the stellar play of Kim “Gabbi” Villafuerte’s Sven and Nico “eyyou” Barcelon remaining essentially untouched playing Chen, dying just once while racking up 20 assists. It still took nearly an hour to take down Chaos, but it happened, and the Europeans were put in a terrible situation.

Having only won a single match throughout the rest of the group stage, Chaos essentially needed to win game two or accept that they were going to be eliminated from the tournament with one day left to go. With that thought weighing heavily on their minds, the second game began and outlasted every other match in that bracket by a longshot.

Game two was all about timing engagements and making the opponent move first, which turned an already longer than average series for TI9’s standards into the longest of the entire tournament. That length is epitomized by Gabbi’s Arc Warden dealing 128,438 damage alone, though not a lot of that helped his team get kills.

Both sides did a lot of choosing when it came to where they wanted to engage, which led to a lot of solo encounters with little payoff. But when the two sides did meet, Chaos ended up on the winning side more often than not.

Lasse “MATUMBAMAN” Urpalainen couldn’t be kept out of a fight, buying his way back in whenever his Leshrac was taken out. He and Cheng “vtFαded” Jia Hao, who played a great game on Faceless Void both put up upwards of 73,000 damage and recorded double-digit kills and assists.

But the real hero of the day for Chaos was Maurice “KheZu” Gutmann and his constant saves on Matu while running around as Legion Commander.

KheZu dealt his fair share of damage, but because he was running interference during some of the scrappier encounters with TNC, Matu was able to shine. That shine eventually turned into mega creeps on mega creeps battle to the finish as both sides fought their hardest despite being exhausted.

With one final push, Chaos charged into the high grounds and combated TNC, taking several early kills and forcing TNC to throw everything at them.

Buybacks came out from both sides, but because of the mega creeps and their positioning, Chaos was able to focus on the enemy Ancient and take the win just past the 86-minute mark. That was just their second win of the event, but the celebration after such a hard-fought victory must have been worth it.

This game was the longest match of TI9 so far and made a prime example of just how hyped casters and fans alike can get over a well-executed and intense game of Dota 2.