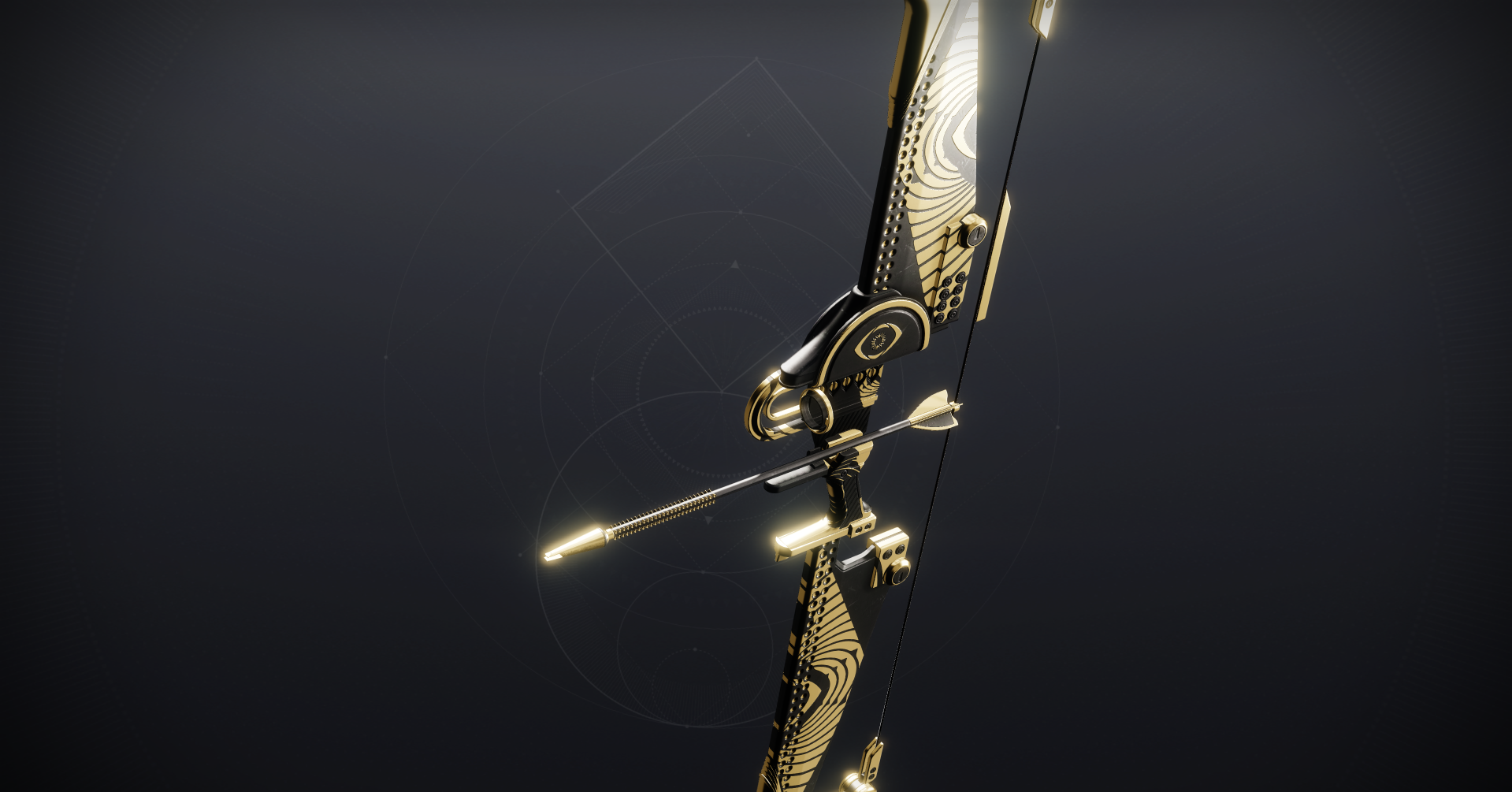 Trials of Osiris will be returning to Destiny 2 next week after its briefly taken hiatus at the beginning of Season of Plunder. With it comes two new weapons to replace the ones that have been cycled out of the loot pool, and one of those new weapons being revealed to be a bow is already causing quite the stir.

Whistler’s Whim, by all accounts, is an unusual choice for a reward in an aspirational PvP endgame activity. While bows have a dedicated fanbase within the Crucible, it’s still an unpopular weapon choice in the face of pulse rifles and handcannons for the larger crowd. However, Whistler’s Whim aims to disrupt initial impressions with one key element: Kill Clip.

It’s somewhat of an unspoken rule that Kill Clip does not go on bows. When it’s come to damage perks in the past, players have had to settle for the likes of Swashbuckler or Rampage. Both choices can achieve the same or a similar damage boost to the 33 percent increase of Kill Clip, but require either multiple kills or a final blow with an ability to get that boost. Kill Clip’s ability to provide the full effect upon reloading after a single kill seemed like a dangerous perk to put on a bow, which has to reload a new arrow after every shot anyway. It’s presence here alone puts Whistler’s Whim in a class of its own.

It does not come without its sacrifices. The traditionally popular perk combos enjoyed by bow users in PvP—Archer’s Tempo with a damage perk—is not possible on Whistler’s Whim, as Archer’s Tempo sits in the same column as Kill Clip, Swashbuckler and Adrenaline Junkie. The faster draw time will be sorely missed, but other perks such as Killing Wind and Tunnel Vision can still make for a great complimentary choice in that first column. Being a Veist bow as well, there’s opportunities for the bow to receive a faster draw time whenever the origin trait is activated, alongside bowstring and arrow choices that further quicken the fire rate.

A lot of the choices to make when building the perfect roll of Whistler’s Whim seem pre-ordained, but here’s our recommendations for its best god roll in both PvE and PvP.

It’s hard to root against the potential of Kill Clip with Whistler’s Whim, and Tunnel Vision’s identical activation requirements give the perk a perfect synergy that seems entirely by design. A single opening kill being able to grant Whistler’s Whim both a 33 percent damage boost and an additional 20 aim assist gives any player a sizeable window to cause major carnage in the arena. Pairing that roll with something like Solar 3.0, which can grant you an additional damage buff through Radiance, also has the possible prospects of allowing Whistler’s Whim to even one-shot low resilience opponents.

Options for a PvE build can be a little more flexible and down to player preference, but the perks competing for the spot are still of a similar styling to the ones present in the PvP god roll. With ability kills more commonplace and ability regeneration easier to obtain in a PvE environment, Swashbuckler and Adrenaline Junkie can easily come back into the conversation as their damage bonuses can be refreshed upon kills unlike Kill Clip, which has a set duration. Veist Stinger will also activate with a lot more consistency, considering the far greater damage output any player inevitably puts out against AI combatants.

However, there are a lot of options just beyond the traditional picks for both columns, some of which may interest players looking for a build with greater speed or greater utility.

Killing Wind has almost everything you could want as a perk for a Lightweight frame bow. Sizable boosts to handling, mobility and range for five seconds after a kill can be a great boon in both PvP and PvE, allowing for nimble rotations to keep a streak of kills going. This is especially useful for things such as Kill Clip, where the additional speed can be essential to getting in a position where you can find another enemy and capitalize on the damage boost before it expires.

Tunnel Vision seems like a perfect pair to Kill Clip—also activating upon a reload after a kill—and on shorter maps where quick traversal is less of a necessity, the increased aim assist can be great for making sure that your Kill Clip-enhanced arrows hit their desired targets. It can also conveniently make up for some of the accuracy lost when choosing a bowstring like Elastic String, which sacrifices some of Whistler’s Whim base accuracy as a price for its draw time reductions.

Both Rapid Hit and Moving Target aren’t bad perks per se but aren’t high on the priority list in this column. Moving Target can be a nice passive buff to aim assist if Tunnel Vision’s activation cost of a kill feels like too tall an order and you want a more consistent but smaller improvement to accuracy instead. Rapid Hit’s requirement of five precision hits to hit max stacks on its reload speed buffs is the main thing holding it back on a bow, but it could prove powerful in the hands of a player who can consistently hit those precision arrows.

Thresh is a more niche choice but certainly has its benefits on a primary weapon like Whistler’s Whim in PvE. With bows pumping out less damage than other primary weapons with more consistent streams of outgoing damage, the additional Super energy granted on each kill can make up the difference so that you’re still building Super at a fast rate. Considering how pivotal Supers like Well of Radiance or an empowered Hammer of Sol can be in endgame content with the advent of Light 3.0, Thresh isn’t a bad option by any means.

Rangefinder is another niche choice, granting both passive projectile speed and range as long as you’re aiming down sights. It can be a nice quality-of-life perk to have, as both of these improvements can go a long way to making the bow feel more consistent in fight-to-fight in the Crucible. However, the weight of these improvements has to be measured up against the likes of Killing Wind, which tend to provide more value in each game overall.

Cornered should be a much sought-out perk considering the favoritism given to anything that can reduce draw time on a bow. The very specific activation requirements hold it back from having the level of adoration that perks such as Archer’s Tempo or Successful Warm-Up have, though. Needing a group of nearby enemies to function makes it nearly unusable in a PvP setting, and while its use case in PvE is much larger, its worth still pales in comparison to other available perks in this slot.

Kill Clip is an unlikely sight on Whistler’s Whim, and that makes it all the more fascinating. It won’t set the sky ablaze by any means, its 33 percent damage boost being identical to the one that Swashbuckler or Adrenaline Junkie at maximum stacks can provide, but its requirement of only one kill is what sets it apart. Only time will tell whether Kill Clip’s first appearance on a bow still set a precedent for the future, or if it’ll be an experiment that eventually fades into memory.

Classic perks when it comes to bows, Swashbuckler and Adrenaline Junkie can be just as effective on Whistler’s Whim. The ability to keep the perks constantly refreshed on each successive kill is ideal in PvE content, especially for players who already invest heavily into their melee or grenade abilities. The only thing missing from Whistler’s Whim is Demolitionist or Pugilist in the first perk column, as it means the weapon misses out on some of the synergy in ability generation that makes other weapons with these perks so special.

Archer’s Tempo is hurt badly by its presence here in the second perk column. On prominent PvP bows of the past, like Accrued Redemption and Fel Taradiddle, it existed in the first perk column so that it could be paired with a damage perk such as Swashbuckler in the second. Instead, it’s a hard pick on Whistler’s Whim as it means taking it instead of Kill Clip. There are still use cases for those who prefer speed over damage per arrow, but it’s more niche.

Successful Warm-Up is in a similar position to Archer’s Tempo, battling against damage-enhancing perks with only the ability to reduce draw time in its benefits. There is an opportunity to pair it nicely with Killing Wind or Tunnel Vision for a stat-boosted rapid-fire bow following a kill in PvP or PvE, and some players may find great success with this strategy if they are unable to use something like Radiant in Solar 3.0 to turn Whistler’s Whim with Kill Clip into a one-shot kill.

Opening Shot has some very powerful benefits to accuracy and range for the first arrow fired in a fight, but its power is ultimately placed in the wrong areas to be a popular perk choice for this weapon. Opening Shot works best on weapons such as shotguns, where that first shot and the benefits of Opening Shot as a perk can be what decides the winner of the fight, but it is less crucial on a bow.

With bows so often hinging on precision damage to activate the majority of their perks such as Archer’s Tempo, Gutshot Straight is an interesting alternative to instead focus on the power behind a body shot. In this instance, it’s unfortunate for the value of Gutshot Straight on Whistler’s Whim that no perk able to reduce draw time is in the first column, as a fast-firing bow with this perk could be an intriguing prospect for dueling against pulse rifles. With a lack of harmonious perk options like that in the first column, however, it’s hard to recommend Gutshot Straight over other choices here.