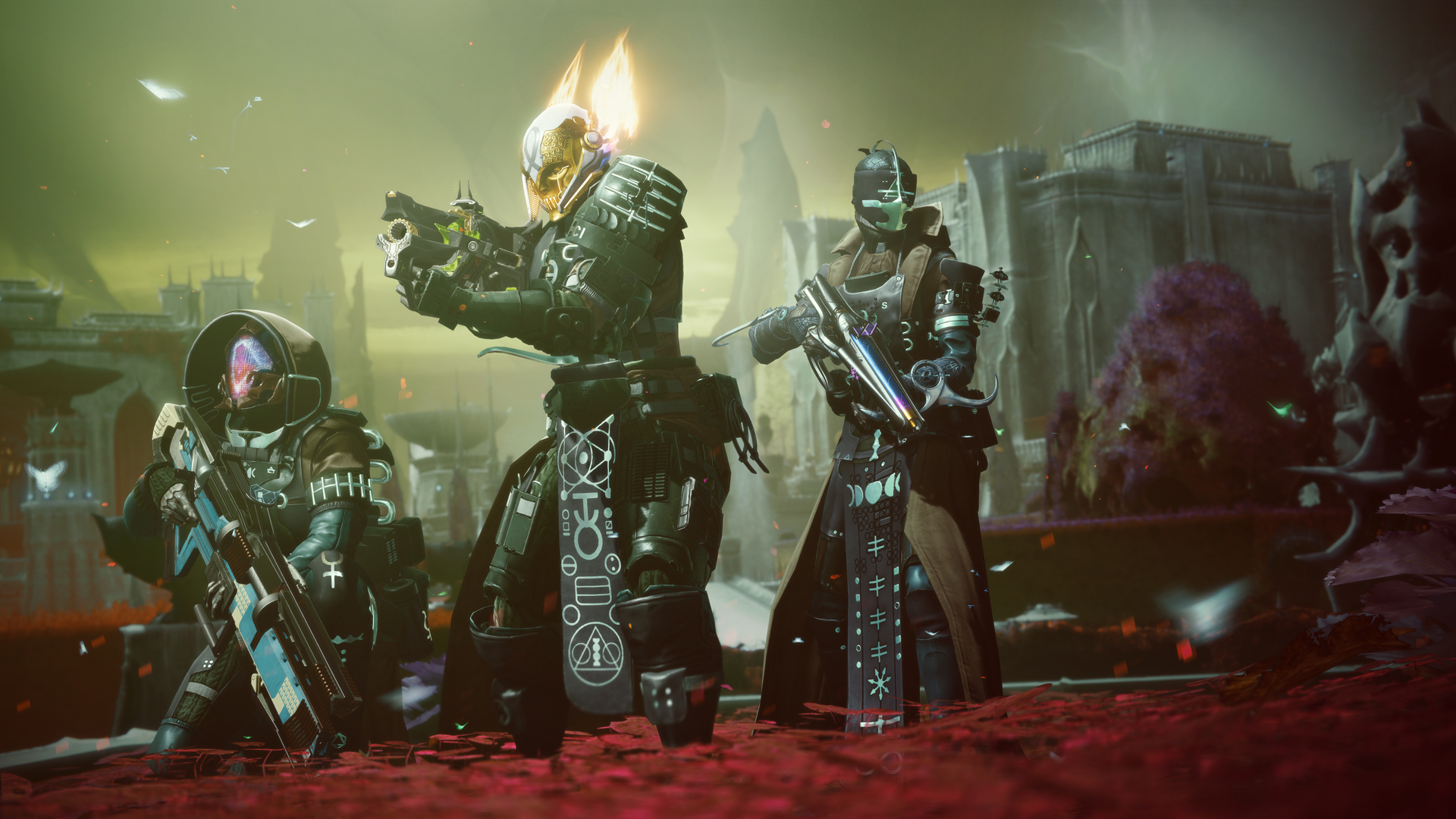 As with every expansion before it, Destiny 2’s The Witch Queen brought with it a plethora of new weapons and exotic armor pieces that shook up the meta in both PvE and PvP environments across the game. But two of the new Exotics—Renewal Grasps for the Hunter and Loreley Splendor for Titan—have been released in too powerful a state in the eyes of the armor team at Bungie.

Despite it taking over a month for the meta to settle in and the outliers to assert dominance over the Crucible, Destiny’s senior community manager dmg04 confirmed in a new statement that both armor pieces are being looked at for a balance pass in the future.

Bungie, according to dmg04, has been monitoring the Crucible since The Witch Queen launched and felt that Renewal Grasps were lining themselves up for tuning changes down the line. Renewal Grasps work with the Hunter’s Duskfield Grenade on the Stasis subclass, both giving damage reduction to the player in question but also reducing the damage output of any enemy players caught in the Duskfield Grenade’s radius. These benefits can additionally stack with no downsides, leading to certain scenarios where an opponent may do up to 75-percent less damage to a Hunter with Renewal Grasps. Tuning will most likely work to reduce the amount of damage resistance Renewal Grasps can give to a Hunter.

The Loreley Splendor tuning was announced in reply to a tweet asking about the Titan’s Exotic helmet, giving it its second balance pass since The Witch Queen launched. The original nerf was aimed at reducing the amount of Sunspots the helmet could produce by making its effect consume the cooldown of the Titan’s barricade. While this effectively gave Loreley Splendor a lengthy internal cooldown, the side effect was that Titans could now use their barricade to proactively give themselves a Sunspot and all its benefits. Sunspots offer a 20-percent damage buff to the user, meaning Titans could pair the Exotic with certain weapons for easy one-shot kills in PvP—a frustrating thing to encounter.

We don’t have information on when these tuning changes will come or more expansive details on what exactly they will entail, but you can expect to see Renewal Grasps and Loreley Splendor get tweaked toward the end of the season.