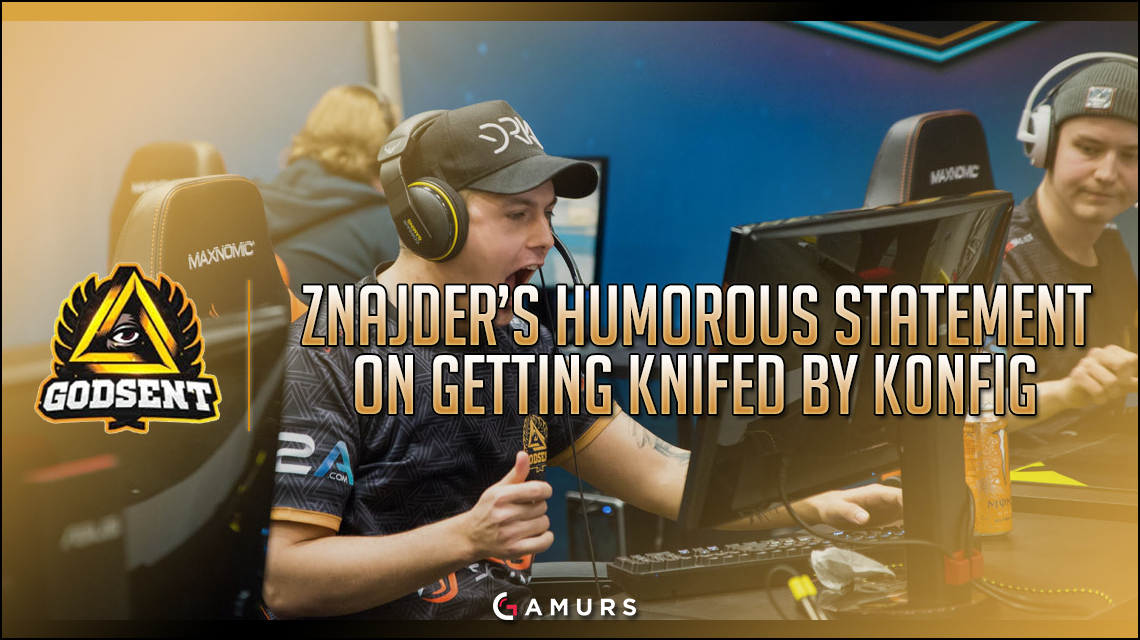 We had the opportunity to quickly meet up with GODSENT’s Andreas “znajder” Lindberg and ask him about his thoughts on Kristian “k0nfig” Wienecke’s knife kill onto him at the ELEAGUE Major. K0nfig’s gutsy knife highlight currently retains the top spot of rated clips this week on reddit.com/r/GlobalOffensive (as of Jan. 31) with a whopping 14,000 upvotes.

GODSENT forced overtime on Overpass against North after Robin “flusha” Rönnquist outplayed North’s in-game leader, Mathias “MSL” Lauridsen, who was retaking the B-site. With both teams knotted at 15, GODSENT looked to take the first round of their T side through a split A push via long and bathrooms. Once trades took place and the bomb was planted, MSL and znajder were locked in an intense 1v1 – with znajder sitting at one HP and MSL at two HP.

Can you explain your thought processes throughout k0nfig’s clutch?

znajder: “When I put the smoke down, I thought he was going to go back through bank and peek after he killed flusha. Then he went around the smoke and knifed me.”

What were your team’s reactions after the round?

znajder: “We didn’t think much of it. I think k0nfig’s teammates were more mad at him than we were at the play.”

Can I get an “official” statement regarding k0nfig’s knife kill on you on Overpass?
znajder: “It requires big balls, and I admire big balls. I do that all the time. It was impressive, and it was fun for people watching it, so I don’t mind. It’s cool. I’ll pay it back some day for him.”